"God didn't prepare me to only spend 15 years with him," she said. 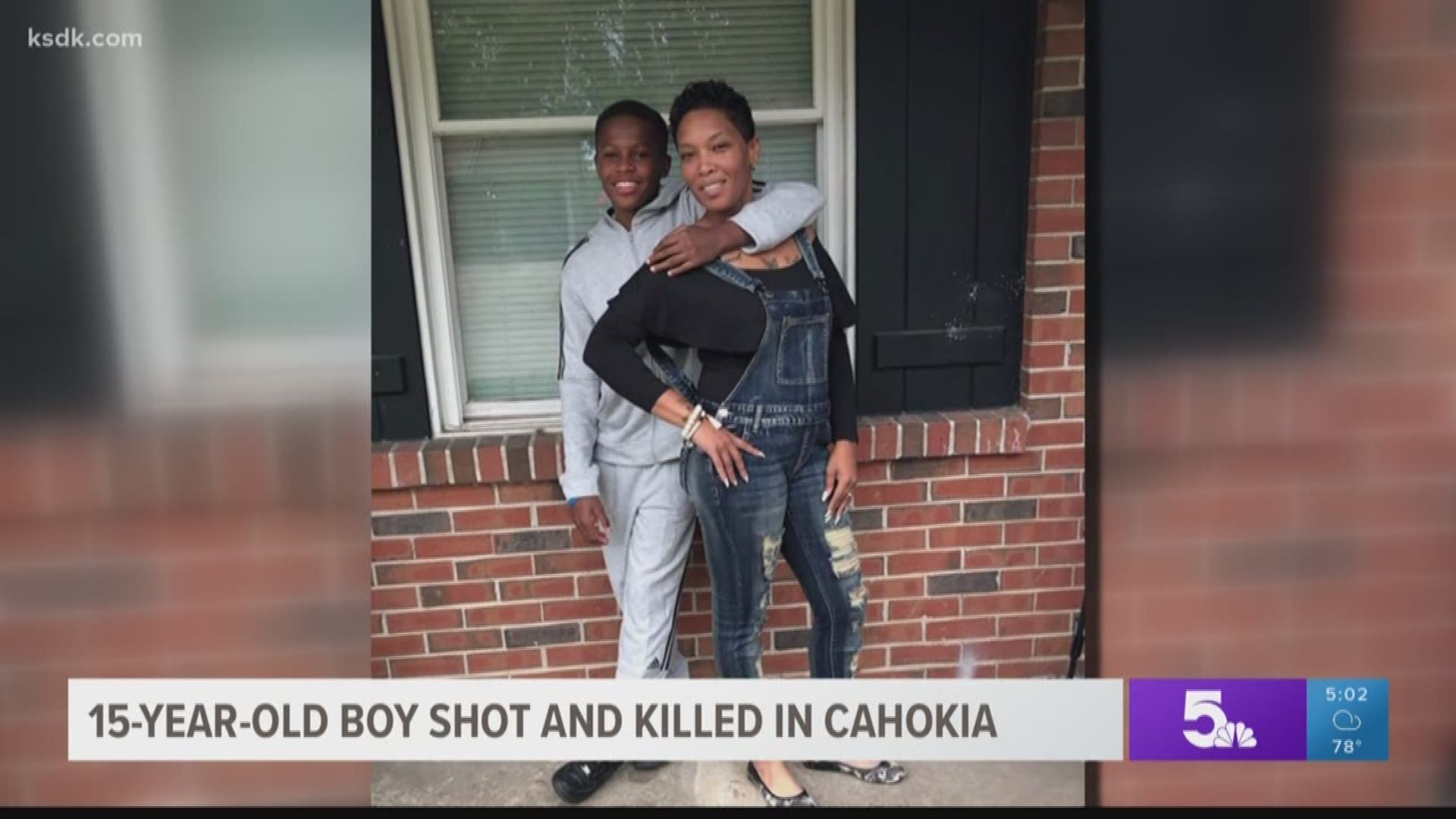 Police identified the teen as Darris Williams, who lived in Florissant. Officers say someone shot and killed him inside a home in Cahokia last Saturday.

On Tuesday, Brown talked to only 5 On Your Side about her son's death as she was surrounded by her family.

"I stay so strong for everybody, but this time I can't. I have to go second by second," she said.

She told 5 On Your Side before her son's death, he had just celebrated turning 15 on Oct. 14. She said it is hard to imagine a life without him.

"He was full of life. He was the life of the party. Anybody that knew him loved him," Brown said.

The Hazelwood West freshman also had big dreams. He hoped to one day be a professional basketball player, but that dream was cut short Saturday.

"Basketball was his passion. He loved thinking he could whoop everybody on the court," Brown told 5 On Your Side. "God didn't prepare me to only spend 15 years with him."

Last weekend, Joy said her son's day started off normal. He woke up and spent time with his siblings then the two took a trip to a relative's house, who lived in Cahokia.

"The last words I told him were 'Have fun and I loved him,' and he just smiled and said 'I love you too, I'll see you later,'" she said.

Police told 5 On Your Side officers found Williams shot in the back inside a home on Sauget Avenue shot in the back just before midnight on Saturday. Paramedics rushed the teen to the hospital, where he later died.

"I always tell them what I want but I never had a talk with my kids about what they want because a mother never imagined burying hers," Brown said.

Police say they haven't found the killer. They also don't know why Williams was shot.

Williams' family is planning a vigil for the teen at Northwest Middle School at 7 p.m. Tuesday. They are asking people to wear black and red.

A Go-fund page has also been set-up to help with funeral expenses.