Ready or not? St. Louis overdue for a major earthquake 'tomorrow or anytime'

St. Louis' newest high-rise was built to sway instead of fall if an earthquake hits. It's that swaying that saved a log church during massive quakes in the 1800s. 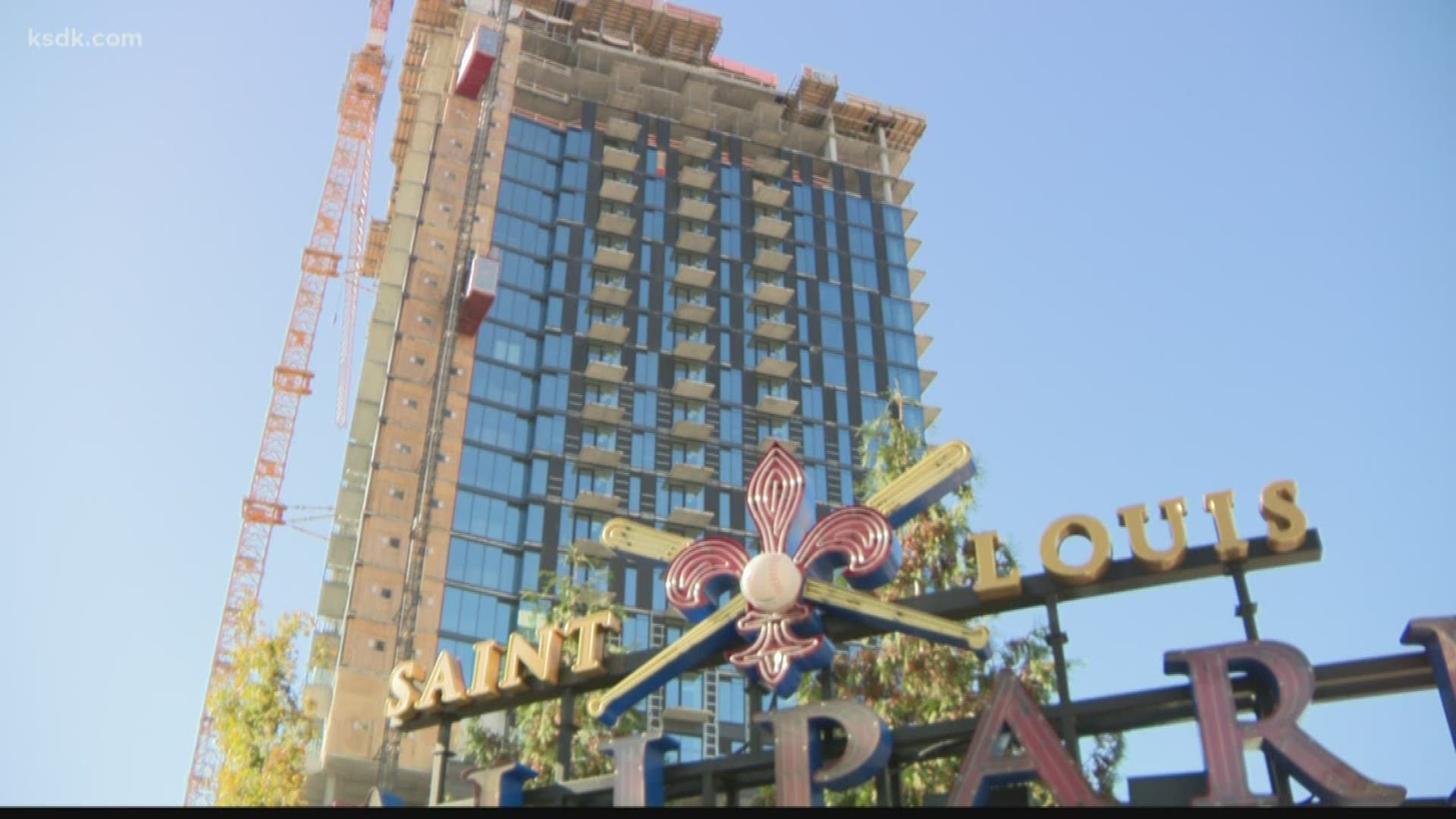 ST. LOUIS — St. Louis isn’t far from one of the most active earthquake zones in the country: The New Madrid Seismic Zone.

But architects and engineers kept it close on their minds while designing downtown’s newest high-rise. The latest addition to Ballpark Village is 29 stories of glass, concrete and steel — a virtual fortress.

While no building is earthquake-proof, this one is designed to be earthquake-resistant.

Steve Baker is a superintendent with Paric Construction. He said the new high-rise is being built with safety in mind, especially in the event of an evacuation. The elevators and stairs are reinforced with concrete walls 2-feet thick and reinforced steel.

"As you exit the building, you go into continually safer areas," Baker said.

The building also is reinforced in a way that if an earthquake hit, it would sway back and forth instead of falling down.

It's that swaying that kept a little log church—one of the area’s oldest buildings—from collapsing during massive earthquakes in the early 1800s.

In the winter of 1812, one of the most powerful earthquakes in American history shook the village of Cahokia, Illinois. Every building in the village was damaged except for the log church.

French settlers started building it by hand in 1699, all without a single nail. Black walnut beams sit on a rock foundation. It was expanded in the 1790s and hasn't changed much since then.

RELATED: Does your insurance cover a natural disaster?

John Reed knows a lot about the church. His ancestors joined Holy Family Catholic Church back in 1740. He’s a 10th generation parishioner.

Reed said the fact this church survived the powerful shaking is no miracle.

"It's all because one, what it is built of and two, the way it was constructed," Reed said. “You have to give the beams a little bit of lean.”

The walls lean in about 6 inches on each side.

"What it does because of the way it's constructed, it just makes one giant hug on itself," Reed explained.

More than 200 years later, engineers look to the church for answers.

“We’ve had people here who are earthquake preparedness engineers,” Reed said. “And they came to study the building because it went through that terrible earthquake.”

The earthquake actually was a series of quakes that originated in Missouri’s Boot Heel.

Whether there will be another earthquake that originates under the cotton fields of southeast Missouri isn’t really a question.

“In the last 30 days, there’s been over 30 earthquakes. I think three of those got into the three-magnitude range,” said Jeff Grunwald.

You can find him most days giving tours at the New Madrid Museum, where he spends most of his time separating fact from fiction. Grunwald is no scientist, but he knows what it’s like to live on top of a massive fault zone.

“Even though probabilities suggest that we don’t have anything that’s going to happen tomorrow, there are probabilities that it could happen. So, you should probably be ready,” Grunwald said.

Two good reasons to make sure buildings are built earthquake-resistant.

Phillip Gould is a professor emeritus at Washington University in St. Louis and a member of the Missouri Seismic Safety Commission. His take: bridges probably won’t fall, but falling chimneys are more likely.

“We are a pretty good distance from the epicenter of the earthquake, so we probably wouldn’t see severe shaking here and as much damage,” Gould said.

For engineers at the city’s newest high-rise in downtown St. Louis, it’s all about safety first. They can’t predict when or even if a major quake will rattle St. Louis.

So, like the little log church, the 29-story Ballpark Village building has to be built to stand tall during a disaster.