For many students with autism, new teachers, new classmates, new schedules and routines can be overwhelming. 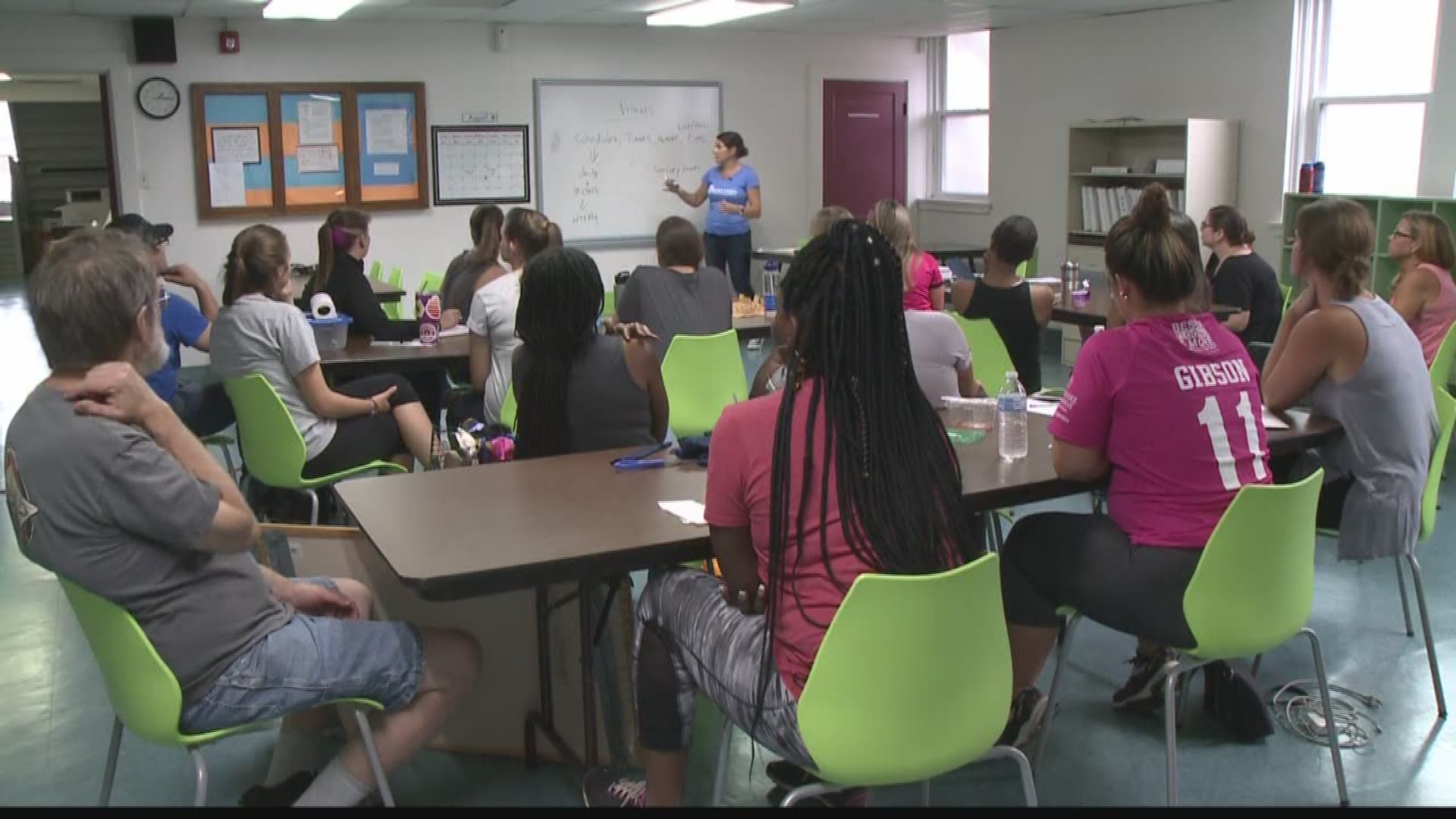 MAPLEWOOD, Mo. — It’s not uncommon for a new school year to be stressful for students of all ages. For many students with autism, new teachers, new classmates, new schedules and routines can be overwhelming.

In the days leading up to August 16, the director of Giant Steps of St. Louis, Dani Vescolani, cautioned her teachers and staff about the challenges of autism and being unprepared.

“If you’re not prepared and there’s that gap of time, that’s when you can lose a kid,” said Vescolani. “They’re either going to become anxious because they don’t know what’s going to happen or they may look at something and might want to go off and do something different So being prepared right from the get-go is very important to our kids just to get them into that routine.”

Jean Burns is beginning her 19th year as a teacher at Giant Steps. On the day before classes began she was sorting, labeling and unpacking. She knows firsthand that a child on the autism spectrum can become anxious when a new school year begins.

“I think what you have to realize is, the kids are going to come in as anxious as we are, maybe even a little bit more. New teachers, new schedules. So, we take things very slow,” said Burns. “We really don’t throw, the first day, like tons of academics at them. It’s more building a rapport, a relationship.”

One of her valuable tools for non-verbal students is a laminated sheet numbered one to five, with cartoon pictures of student faces. Next to the number one is a picture of a calm student, while the picture next to the number five is an angry, upset student.

“This is a scale that tells us how the kid is feeling. Five is, he’s pretty out of it. We probably need to get him to the sensory room to really deescalate some of those anxieties,” said Burns. “These tools are really important. That they can communicate with you what they’re feeling.”

After three years of teaching at Giant Steps, Vescolani begins her first year as director of the school. Sometimes she works with students who had unsatisfactory experiences in mainstream schools.

“It’s a neurological disorder so understanding that makes you real sympathetic to what their needs are and making those accommodations,” said Vescolani. “Our kids with autism have sensory issues, organizational issues, they have problems regulating their behavior and when you’re in an environment where there’s 30 kids in a classroom think about all the sensory things that you’re going to experience with. The noise level, the lights maybe, smells, anything, so it’s just really tough to be in that environment for them, they really need something that’s a little more one to one, small student to teacher ratio.”

Vescolani’s message at her first staff meeting was for teachers and teacher aids to prepare for success, something that may look different for every child.

“We’ve had a couple of students go onto community college which was a huge victory for us. That told us that this is working,” said Vescolani. “There might be kids who have more simple goals like communicating, or matching colors, or just identifying people in their environment. It really is individualized.”