“When you look at where we are as a nation right now, that cartoon is the exact example of what not to do,” said the president of the Urban League in St. Louis 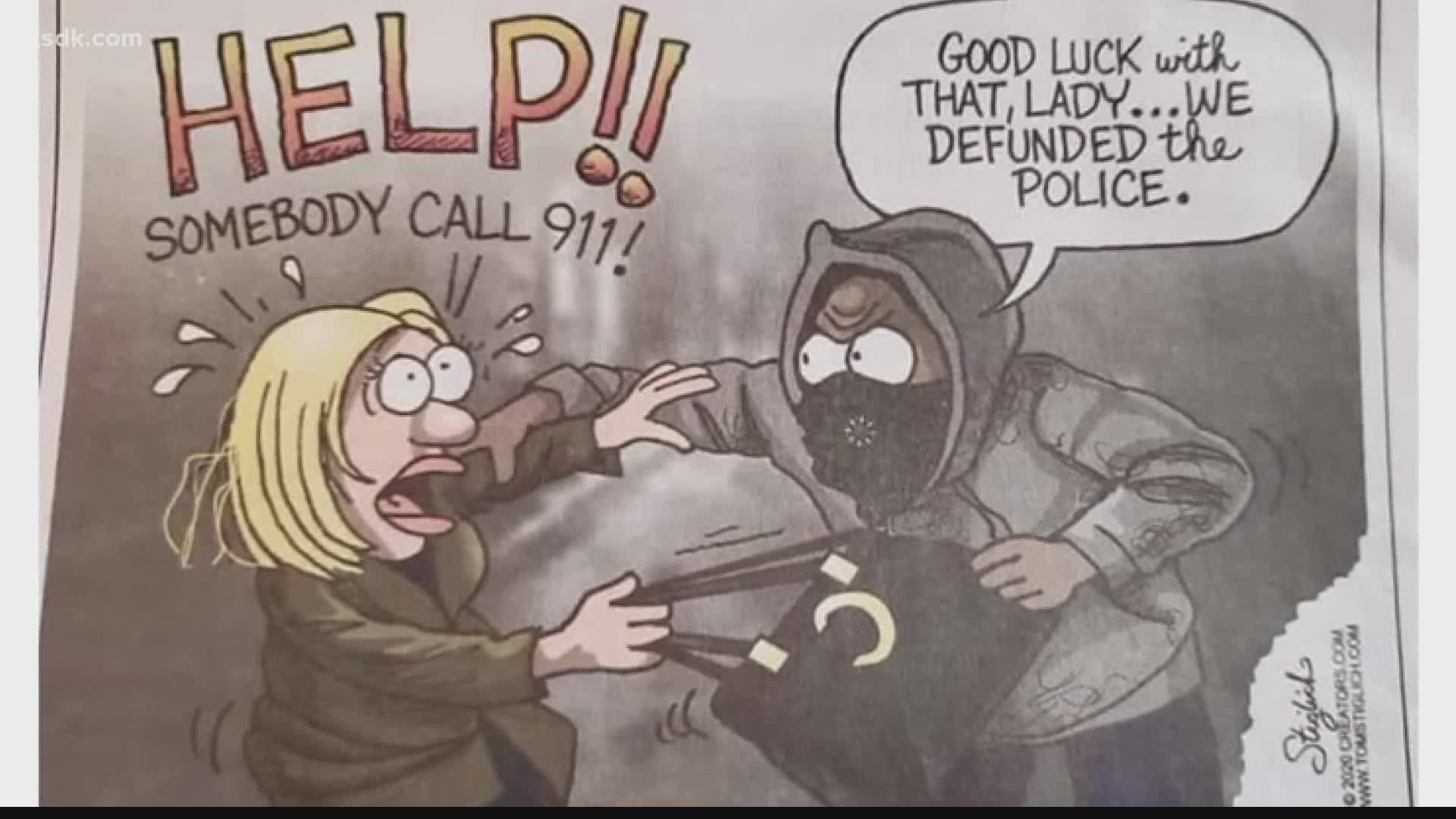 WASHINGTON, Mo. — The president of the Urban League in St. Louis is denouncing the racist cartoon that was published in Washington, Missouri’s The Missourian newspaper Wednesday.

“That cartoon was racist and inappropriate. Something we don’t need publicly or privately in our society,” said Michael McMillan, president of the Urban League of Metropolitan St. Louis.

McMillan said he was disgusted when he saw the cartoon, and that it made him angry.

“When you look at where we are as a nation right now, that cartoon is the exact example of what not to do,” he added.

The cartoon shows a white woman being robbed by a black man. The woman’s caption reads, “Help!! Somebody call 911!” With his hands on the woman’s arm and her purse, the man responds, “Good luck with that, lady … we defunded the police.”

“At first when I saw that I reacted to there’s no way The Missourian OK'd that, no way,” said Matthew Jansen, who organized a protest outside the newspaper Wednesday. “And knowing that who was behind it, that is where this makes sense because of his age and his ideas, but The Missourian should not have let this happen.”

Two of the signs the protesters made specifically called out Bill Miller. His daughters, who co-owned the paper, addressed their father when announcing their resignation.

"We saw the cartoon at the same time as our readers and were just as outraged and horrified as our staff and community. Had we known we would have vehemently fought against publishing it. We believe this is the reason we were kept in the dark about its publication.

“Even more painful for us is the fact that this hits close to home because this is our father. Many families have been having these painful discussions in the privacy of their homes. We unfortunately have to have this debate in a more public way." 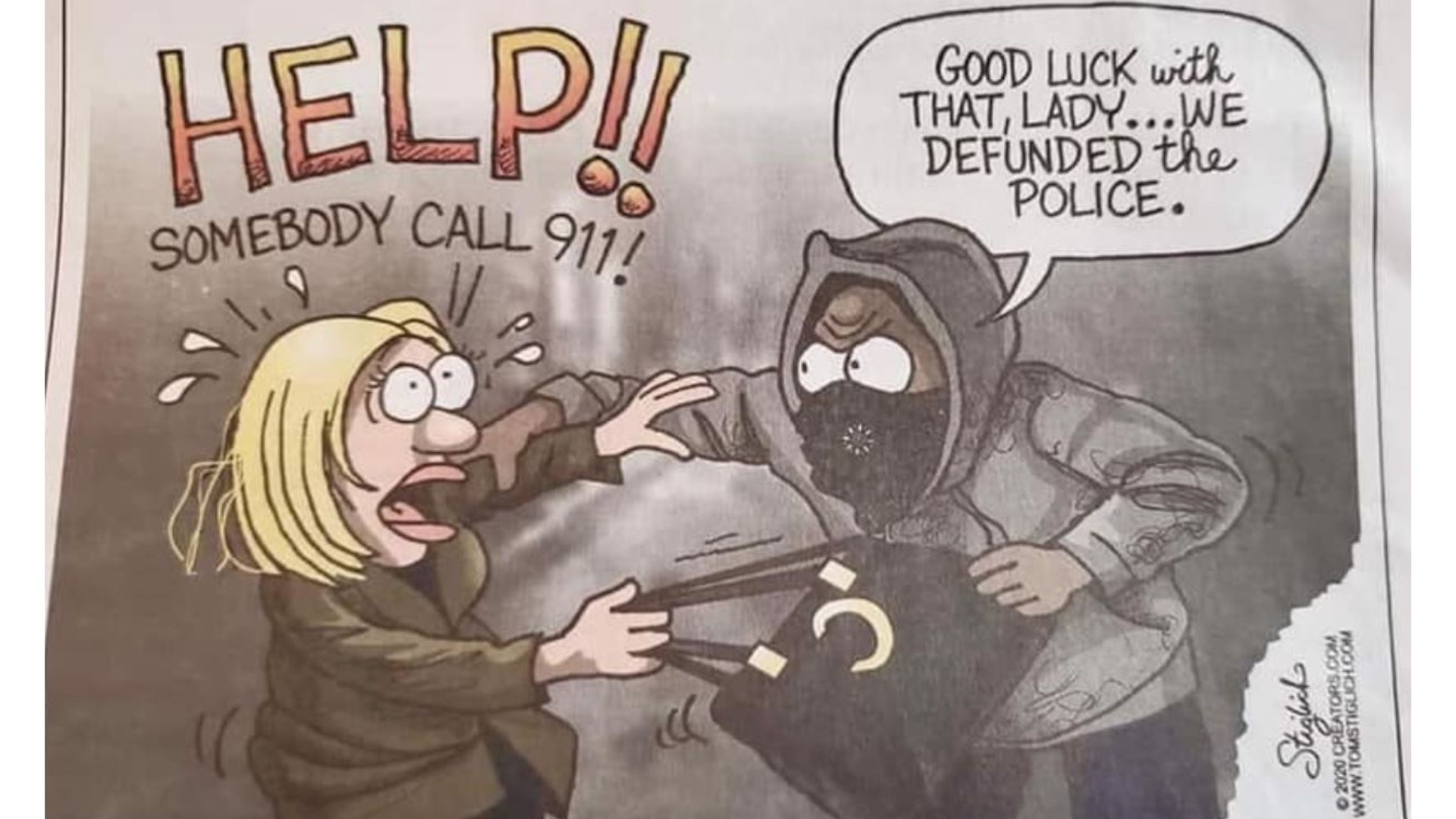 "I chose the editorial cartoon which I deeply regret given its racial insensitivities. I made a mistake. The cartoon was intended to support our editorial position that defunding police departments is not the answer to resolving the racial inequities and injustices that have occurred in policing in this country. I believe that racism in any form is abhorrent."

The protest outside The Missourian was peaceful and lasted about five hours. Demonstrators thought it was important to call out the racist depiction.

“We’re gonna make sure the [publisher] hears us loud and clear that we will not tolerate him or his racist beliefs,” Jansen said.

“We need to be coming together, making sure that blacks and whites and people of all different races and nationalities are trying to come together and show how we can be one nation, we can live together in America as one society,“ McMillan added.