"It's so hard. I'm just at a loss for words," Kennesa Thompson said 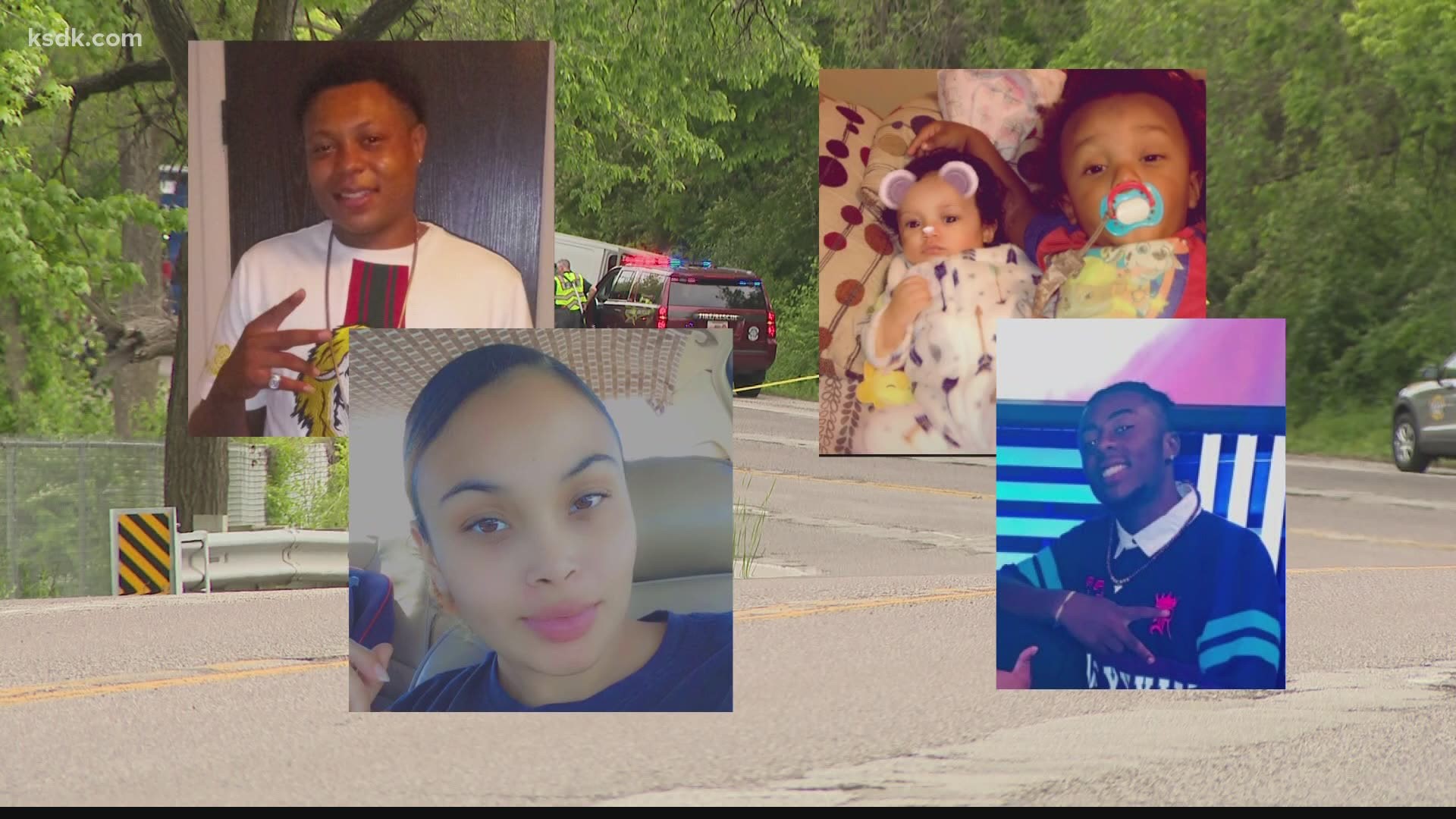 She said she's living a nightmare.

"It was the worst Mother's Day of my life. What a way to spend. I'm just at a loss for words. It hurts," Thompson said.

Thompson said on Saturday afternoon her 22-year-old son, Travon Nelson was driving his ex-girlfriend's Toyota RAV4 on Lucas and Hunt Road in north St. Louis County when the vehicle collided with a Nissan truck.

Kristy was sitting in the front passenger seat. Her children were in the back seat with their uncle.

"I just can't believe it. Last time I saw Samuel was on Saturday morning and the last time I saw Travon was on Thursday," Thompson said.

Investigators said Nelson went off the right side of the road, over-corrected and traveled into northbound traffic before the Nissan slammed into the back of the family's vehicle, which overturned.

Several drivers immediately stopped and recorded the terrible scene with their cellphones.

"Man, it was a horrible site. A lot of people tried to come and assist these people," said Anton Meyer, who witnessed the two-car crash.

Meyer hopped out of his car and told a friend to call 911.

"My heart goes out to all of those people who were involved in that crash," added Meyer.

Relatives told 5 On Your Side that Nelson was a loving dad who cherished his five children, who range from 7 months to 5 years old.  They also say Kristy Monroe was pregnant.

"It's hard right now. All I know is God is going to get me through this, all of this," said Thompson.

The highway patrol said Nelson's two children and 16-year-old brother were wearing seat belts at the time of the car crash.

The driver of the Nissan truck remains hospitalized. 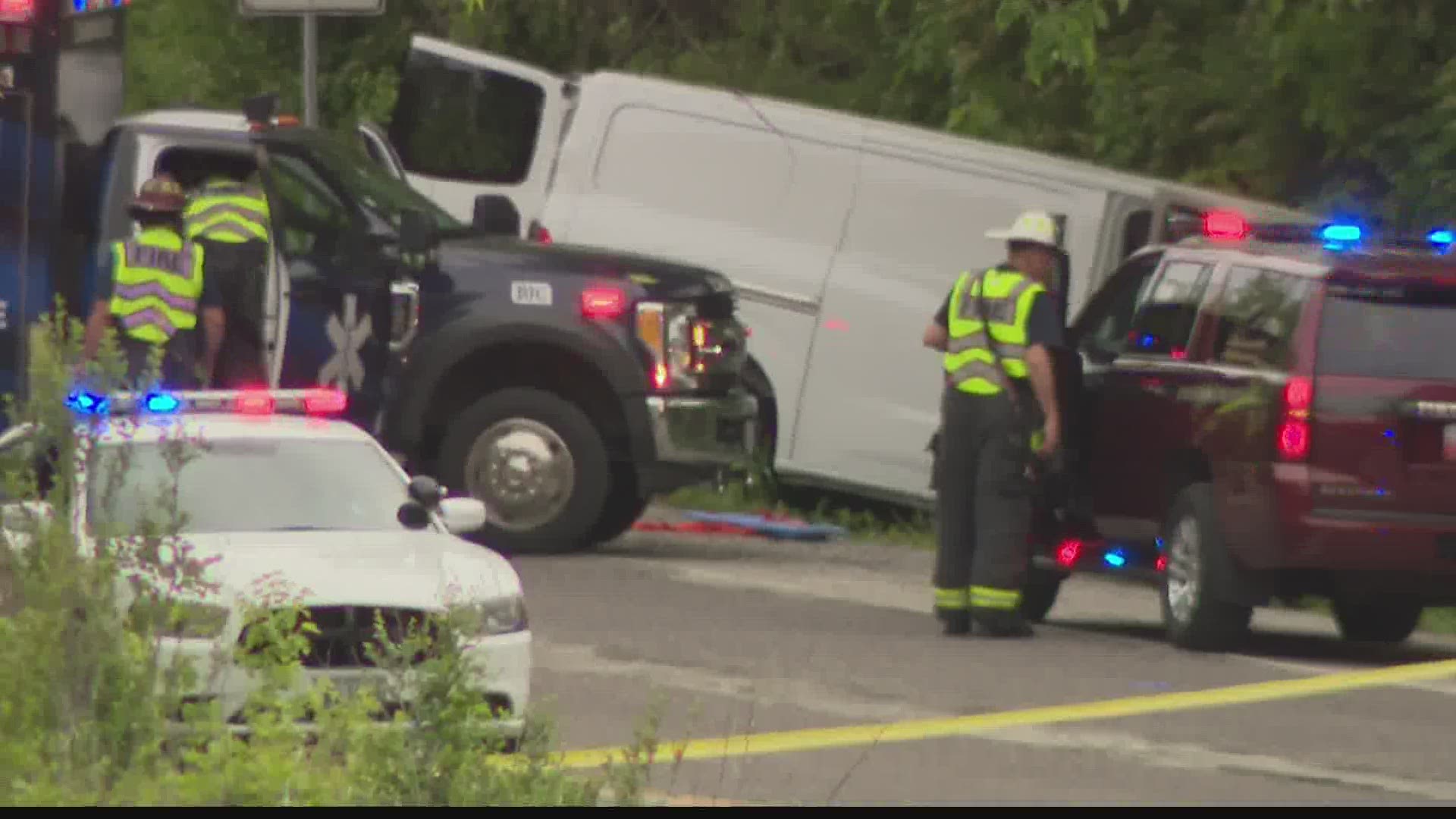