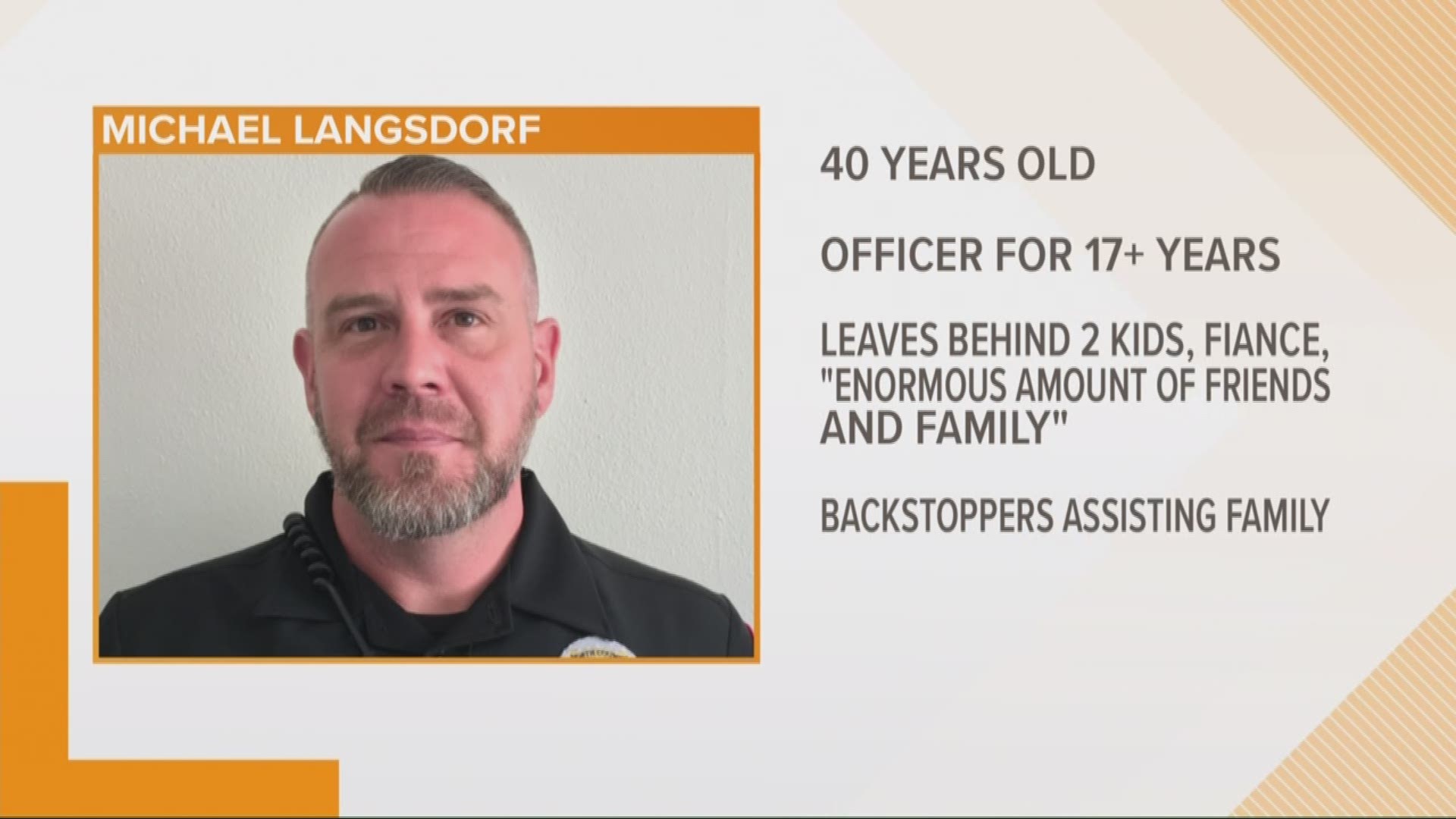 ST. LOUIS COUNTY, Mo. — An officer with the North County Police Cooperative is dead and one person is in custody after a shooting at the Wellston Food Market in north St. Louis County Sunday evening.

In a press conference, Police Chief John Buchannan with the North County Police Cooperative said Officer Michael Langsdorf died at the hospital after a shooting Sunday afternoon. Buchannan said the shooting happened at around 4:30 Sunday afternoon at the Wellston Food Market near the intersection of Page and Stephen Jones Avenues.

Buchannan said the officer was called to the market for a report of a bad check. Five minutes later they received a call for an officer down. 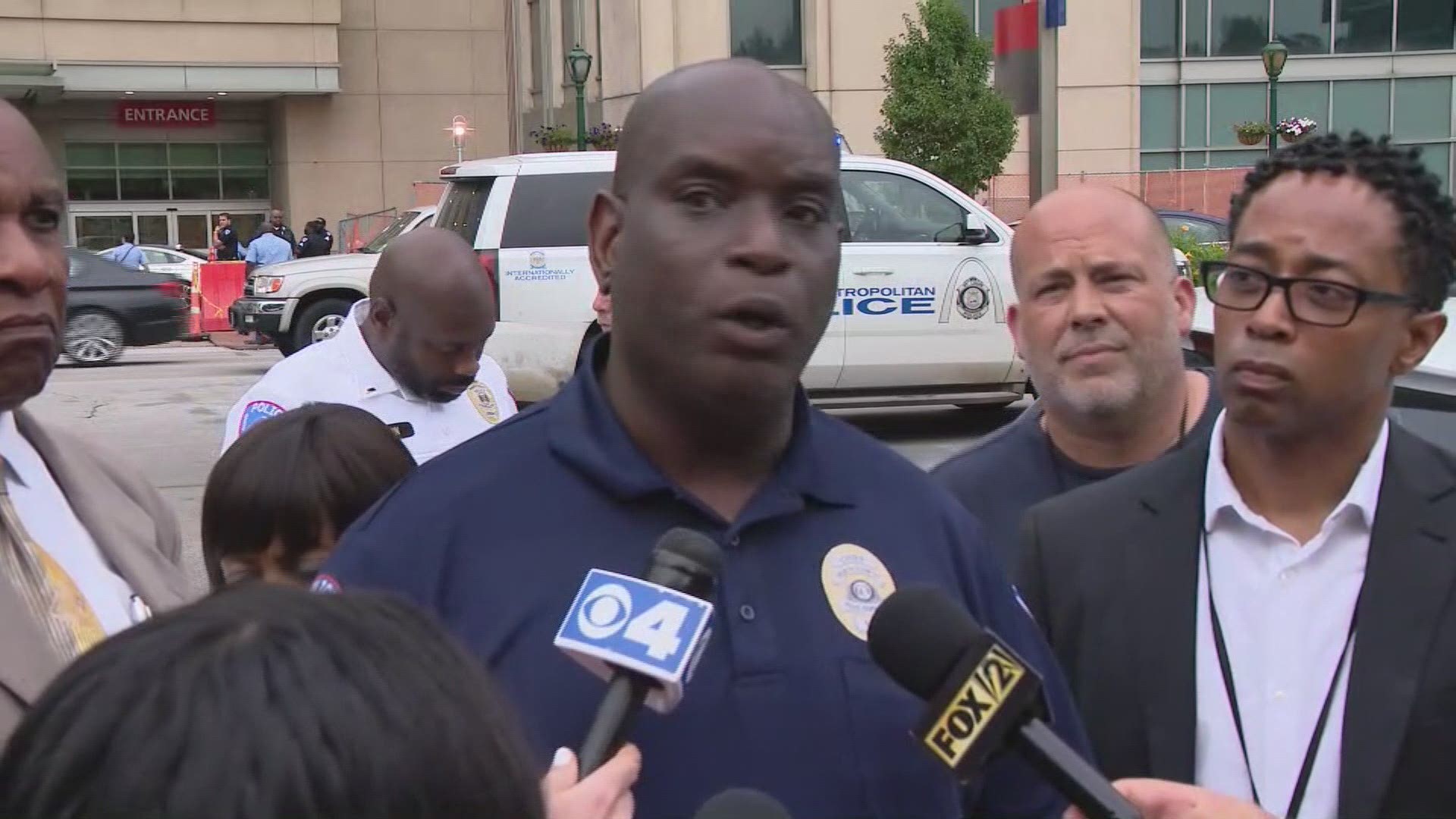 Langsdorf was rushed to Barnes-Jewish Hospital, where he died from his injuries.

Buchannan said a suspect was taken into custody and a weapon was recovered.

No other information was released. Buchannan said they would provide more information on the incident at a press conference Monday morning at 11.

RELATED: Senseless, heartbroken, enough: Support pours in for officer killed in the line of duty

RELATED: What is the North County Police Cooperative?

Multiple police departments were on the scene of the shooting, including St. Louis County, Ladue, Hillsdale and Woodson Terrace. Police closed multiple blocks of Page Avenue for the investigation.

This story will be updated as more information becomes available.