"The video itself it almost seems like a joke." 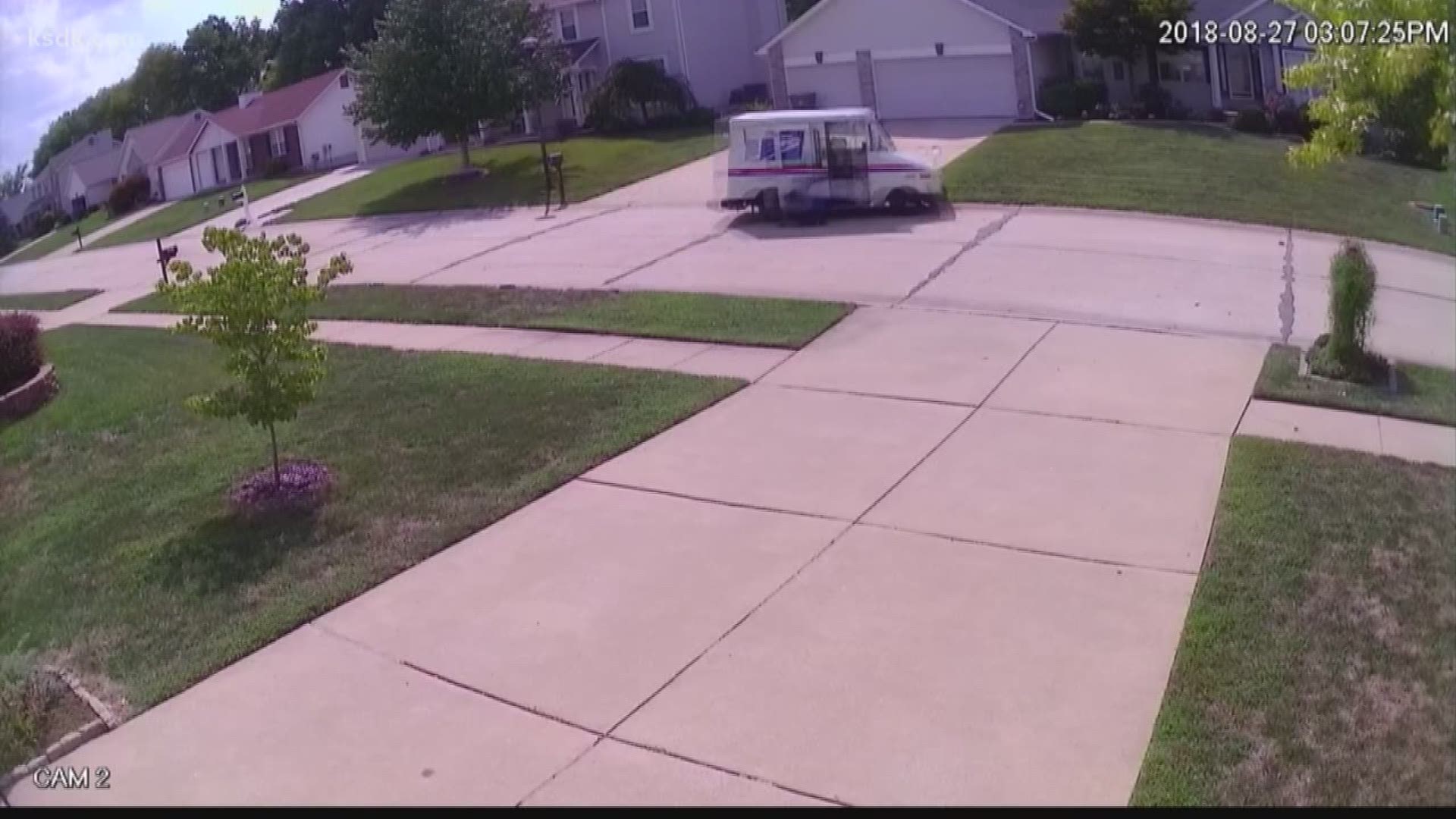 O'FALLON, Mo. — If it wasn't so serious, it might just be hilarious.

"The video itself it almost seems like a joke," said Michelle, who asked that her last name not be used.

It was in her O'Fallon neighborhood last August when a U.S. Postal Service delivery truck came careening down Winter Park Drive.

The postal worker, who was driving, barely missed a mailbox on one side street then, judging by a neighbor's surveillance video, seemed to overcorrect and eject himself while the truck plowed through Michelle and her husband Jonas's driveway.

"And then hit our cars," said Michelle. "Both cars."

USPS said the driver is fine. Michelle and Jonas are glad he didn't hit anything or anyone else.

But for the second car, the couple only carried the minimum coverage and the postal service said that, along with personnel changes in the department handling their claim, is the reason for the delay in paying for the damage.

More than six months later Michelle said it's been a "horrible" process.

"We had to be the ones to get the estimate. And then when we called ... no one was answering the phone," she said.

And it's taken so long to fix the damage the city of O'Fallon said the coupe is in violation of city code with a car in this condition sitting in their driveway. But, the city has agreed to give them more time to deal with the situation.

And Tuesday, the postal service promised to have some kind of resolution for Michelle and Jonas by the end of the week or Monday at the latest.