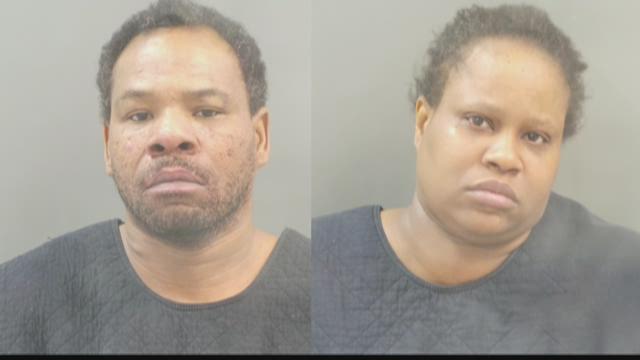 ST. LOUIS – The parents of a 12-year-old boy killed in and accidental shooting in the Benton Park West neighborhood of St. Louis Tuesday night were charged Wednesday afternoon.

According to police, the 12-year-old victim and a 9-year-old boy were home alone when they found a gun and start playing with it. The gun accidentally went off and 12-year-old Damien Holmes was struck in the head.

Police received the call just before 11 p.m. after the 12-year-old was transported to the hospital by his father.

The shooting was classified as an accident, but homicide and child abuse units were investigating.

During the investigation, police found that the parents left the children unsupervised in the home. Police said there was a handgun, shotgun and ammunition for both inside the home.

Additionally, police found substances confirmed to be cocaine base, amphetamine, Tramadol and marijuana.

Holmes was not legally allowed to have the guns because of a felony committed in 1996.

“It's awful sad. Twelve years old. He had his whole life ahead of him,” Harger said. “We stayed out on the porch and asked them what happened, and they told us the little boy got shot in the head.”

Harger said he has lived in the neighborhood for 20 years, and the Holmes family had just moved in a couple years ago. He often saw the boys home alone.

“Bad part about it is that both parents worked, so they were in the house quite a bit by themselves,” Harger said. “They mostly stayed inside. If not, they were in the backyard bouncing the basketball in the yard after school.”

Damien was in sixth grade at Monroe Elementary School, a St. Louis Public School. A district spokesperson said a crisis team spent the day at Monroe, and will continue to be there, as needed. Administrators also sent a letter home with parents to inform them of the incident and offer advice and resources.

According to the Brady Campaign, nearly 3,000 children are unintentionally shot annually, with more than 100 killed.

One thing that can help reduce that number:  Making sure your guns are locked up.

More information is available at www.projectchildsafe.org/safety/safety-kit/Missouri.