List of protests scheduled in the St. Louis area

There are several protests planned this week in the area

Credit: UPI
Protesters march down an entrance ramp from Highway 64 after walking on the highway during a march through the streets of St. Louis on Monday, June 1, 2020. The protesters are speaking their minds regarding the murder of the death of George Floyd by police in Minneapolis on May 25, 2020. Photo by Bill Greenblatt/UPI
Author: Ashley Cole
Published: 1:53 PM CDT June 10, 2020

ST. LOUIS — Protests continue to happen across the country and in the St. Louis area following the death of George Floyd.

Editor’s note: If you know of a protest happening that’s not on this list, click here to send us an email

ExpectUS will protest in front of the Florissant Police Department to demand charges against a detective who hit a man with his unmarked SUV on June 2.

At 6 p.m., protesters will gather outside of the Florissant Police Department to demand charges against the officer seen hitting a man with an unmarked police SUV.

‘Shut Down Lindbergh’ the event will be put on by Speaking Truth To Power STL. It’ll start at 4 p.m. at the AMC 12 in Creve Coeur.

Neighbors in Dutchtown putting together a march called ‘Dutchtown 8:46’ at 8:46 a.m., it will start and end at the Neighborhood Innovation Center at Meramec and Compton.

Ferguson-Florissant School District march beginning at 10 a.m. at 501 S. Florissant Road. Masks are required, according to the flyer.

Protest from Pattonville High School to Aquaport beginning at 11 a.m.

RELATED: Thousands marched in downtown St. Louis on Sunday to call for end to police killings 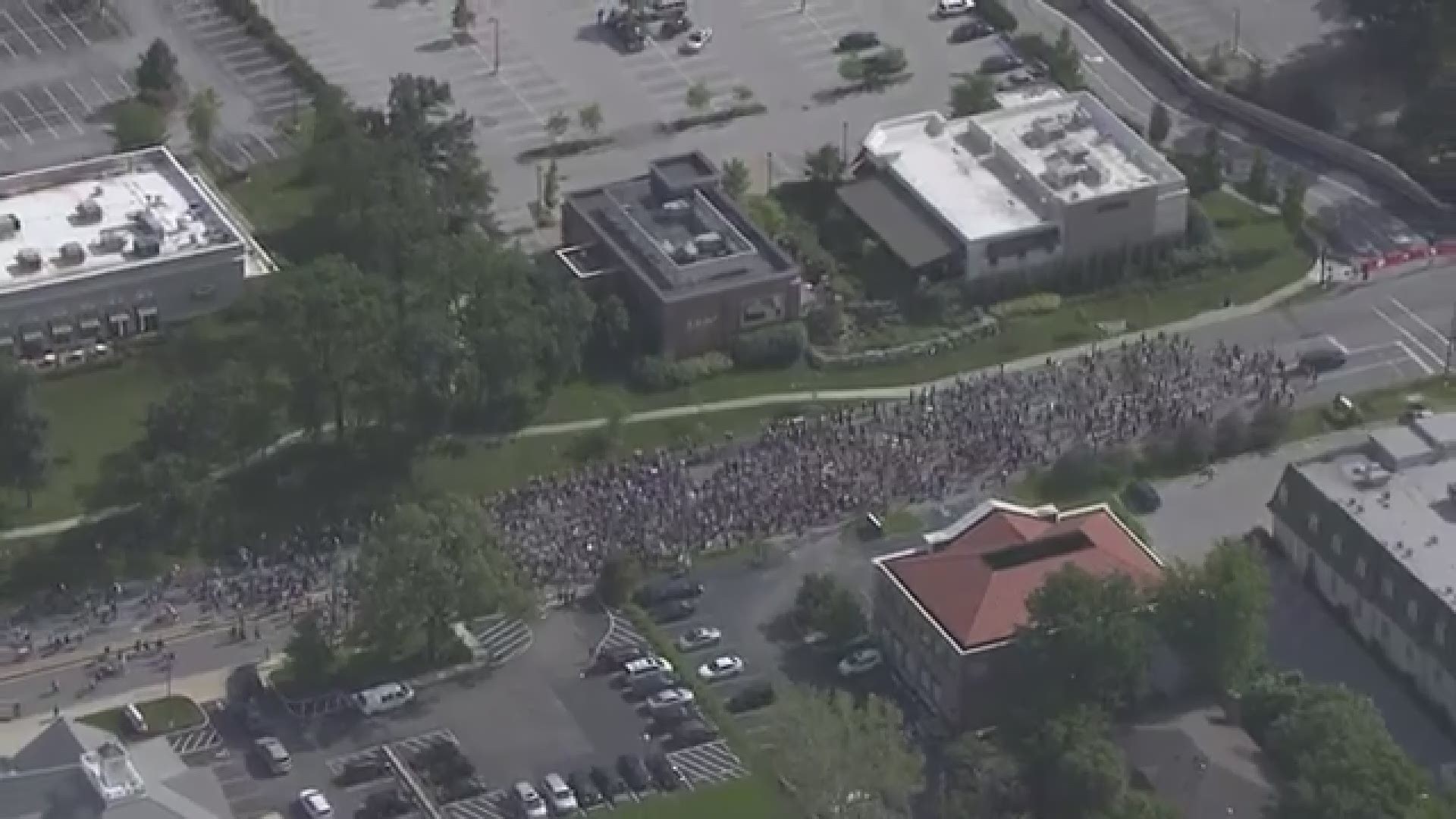