'This is not a kumbaya': Organizers of 'Expect Us' say they want change, not just outward showings of unity 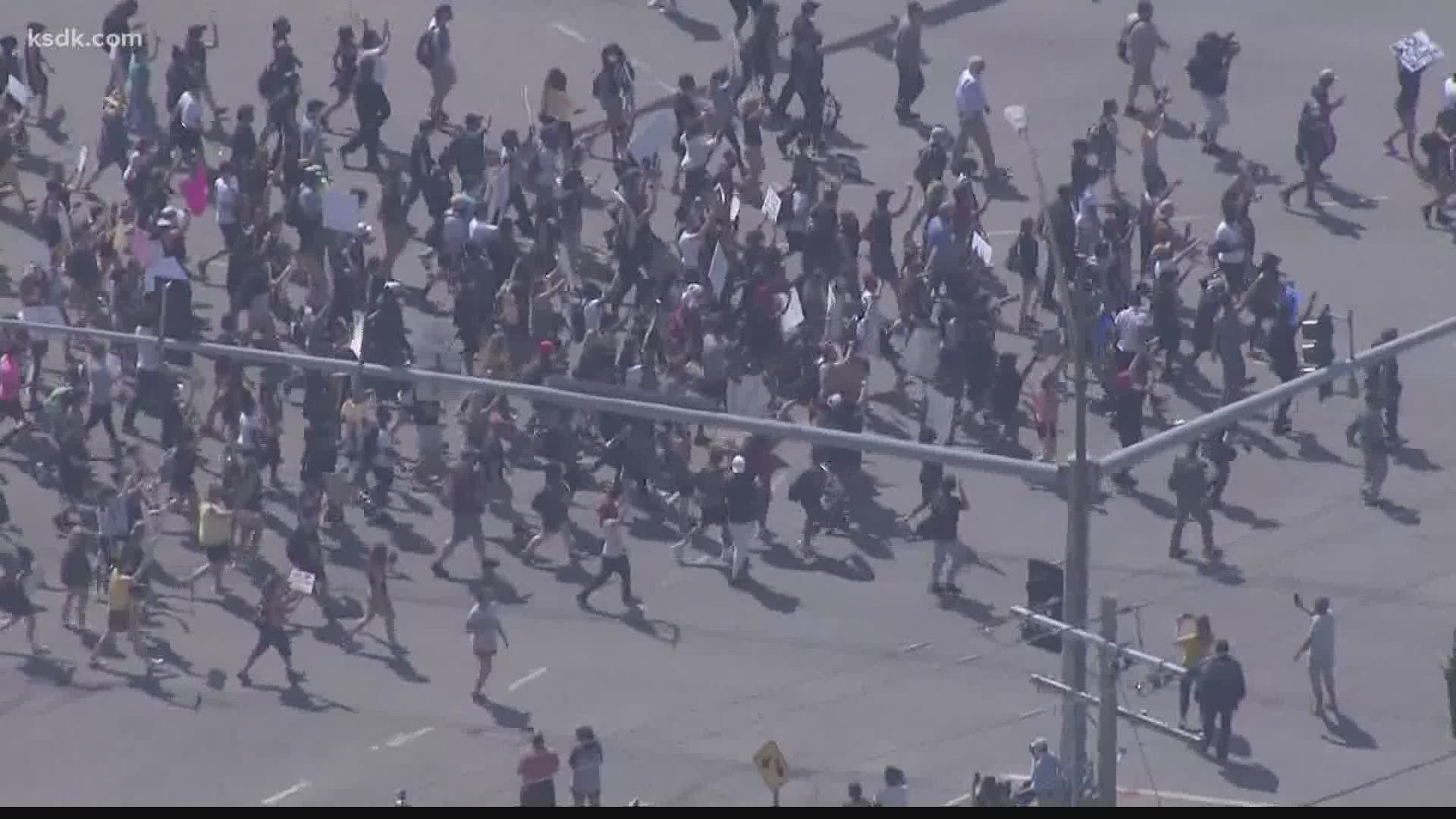 ST. LOUIS — With each post to social media, the organizers behind "Expect Us" call their community to action.

For the past few weeks, hundreds have answered that call.

"With Ferguson, so many people actually came out because it was actually happening to us," Ohun Ashe said. "You don't know if that fire is going to be burning in people when it's not directly impacting us, so I have been very surprised by the number of people who have been coming out."

Ashe and other organizers took part in the Ferguson protests in 2014, following the killing of Mike Brown. They formally unified in 2017, during the Stockley protests.

"We already felt like Jason Stockley wouldn’t get indicted and wouldn’t get convicted so we wanted to take it to the streets," Ashe said. "Just knowing there wasn’t going to be any justice for that family and for us in St. Louis. A whole bunch of individuals came together to start direct action to get justice for Black lives.”

While their activism never stopped, it's caught more attention recently as hundreds from around the region come out to support and push their message forward following the death of George Floyd.

The crowds have been consistent. They've also been diverse.

"I am thoroughly impressed with that," Reginald Garth said. "It shows that with the pandemic and with the economic struggle, the people have something which they can all unite against.”

That thing being inequality, regardless of the form.

In the past week, the group has held protests to close The Workhouse as well as a call for St. Louis Mayor Lyda Krewson to resign after publicly announcing the names and addresses of protesters calling for the city to defund the police. They've also held celebrations for Juneteenth and honored the life of a young activist who died due to complications with COVID-19. 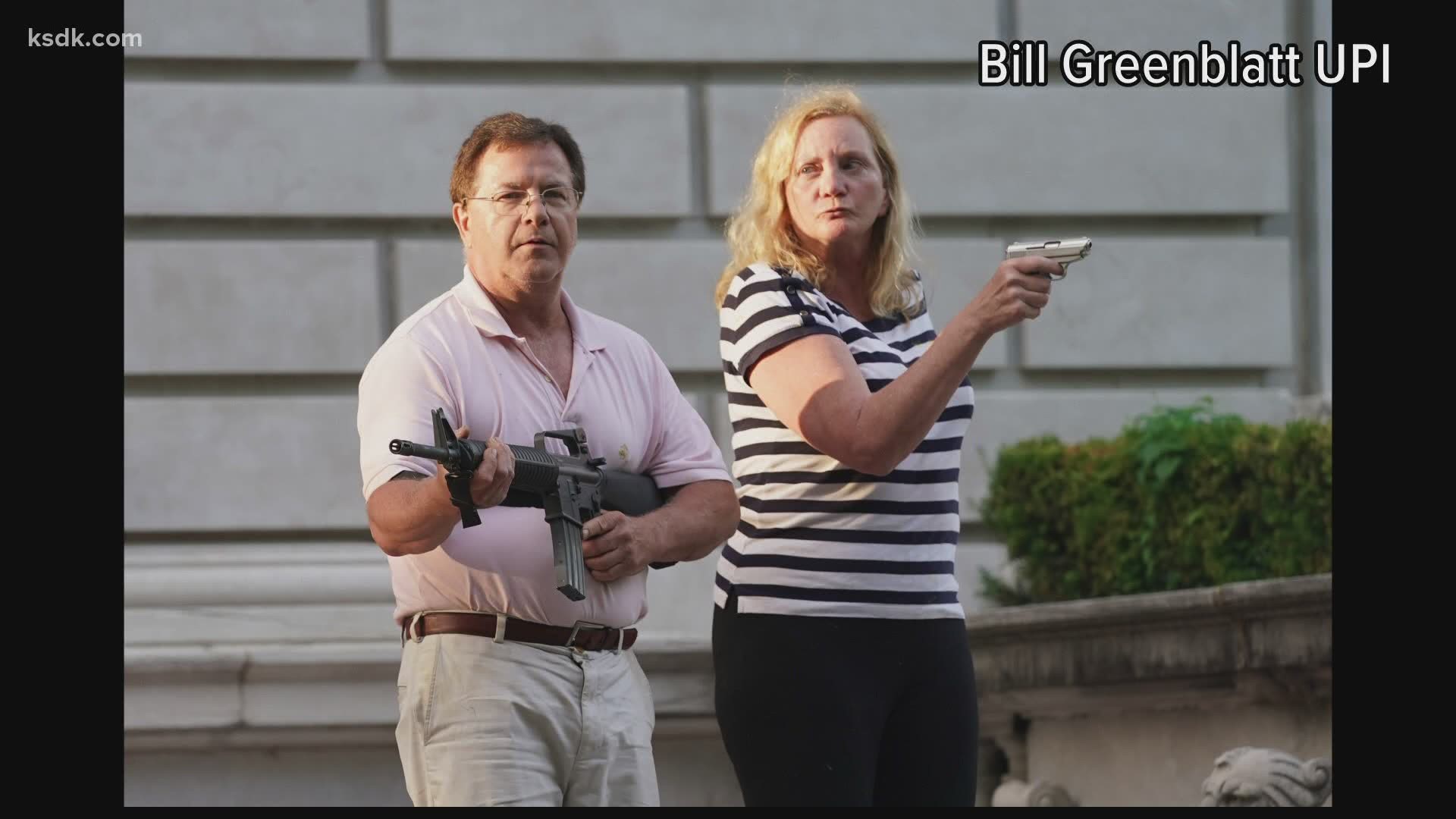 Though their events have been referred to as peaceful, Ashe and Garth said they don't care for the term "peaceful protest" at all.

The group believes the term itself is a form of social manipulation- an attempt to control the narrative and brand the outrage of the movement.

"Peaceful protests came around this time around as a way to narrate what's an okay protest," Ashe said. "I think it takes away from the issues because now it's an issue of whether it's peaceful versus not-peaceful. If everything was deemed peaceful,then we wouldn't need to protest in the first place."

Organizers believe that labeling protests for justice takes away from their purpose and the lives they're standing up for. While they don't call for violence, they said they don't condemn other protesters for how they express their emotions.

“The idea of getting to peace means that sometimes we have to go through war, and right now, we’re in wartime conditions whether you like it or not," Garth said.

As protests for justice unfold across the country, there have been many images circulating of uniformed officers marching and kneeling with protesters. Ashe and Garth said those moments do not translate to the kind of sustainable culture change they say is crucial in the criminal justice system and within law enforcement.

"They can look good and do the photo op and then turn right around and they’re dressed in full riot gear," Garth said.

Decades of a tattered relationship between law enforcement and Black communities further ruptured by a list of names of unarmed Black people who have been killed by officers will take more than a few moments of solidarity, they said.

"Until we're having real conversations and there is real change, there's nothing to talk about," Ashe said. "This is not a kumbaya."

The group wants to defund police, meaning they want to see a chunk of the funding local police departments currently receive be reallocated to communities to provide resources like mental health services and other things that would cut down on the need for law enforcement in the first place.

They said they want the leaders they put in office to be held accountable and to truly represent the values and needs of their communities.

The kind that will lend itself to a society where their children don't have to march and hold signs to remind the world that they matter.

They're hopeful as they watch people continually showing up.

"For the first time in the six years since Ferguson, it has felt like change," Ashe said. "It can happen."

Until it does, they said we should expect them to show up.