ST. LOUIS — Velma Moody, the 86-year-old sister of Rep. Maxine Waters, a California Democrat, died May 1 at the Grand Manor Nursing Home in St. Louis — a site health care workers said has been hit hard by the coronavirus.

Waters told theGrio, an online publication, that her sister recently died from the virus.

On April 23, Waters spoke on the House floor in support of the Health Care Enhancement Act, and dedicated the coronavirus relief bill to her dying sister.

Waters was born in St. Louis as the fifth of 13 children, according to her U.S. House of Representatives biography. She graduated from Vashon High School in the city before moving to Los Angeles. 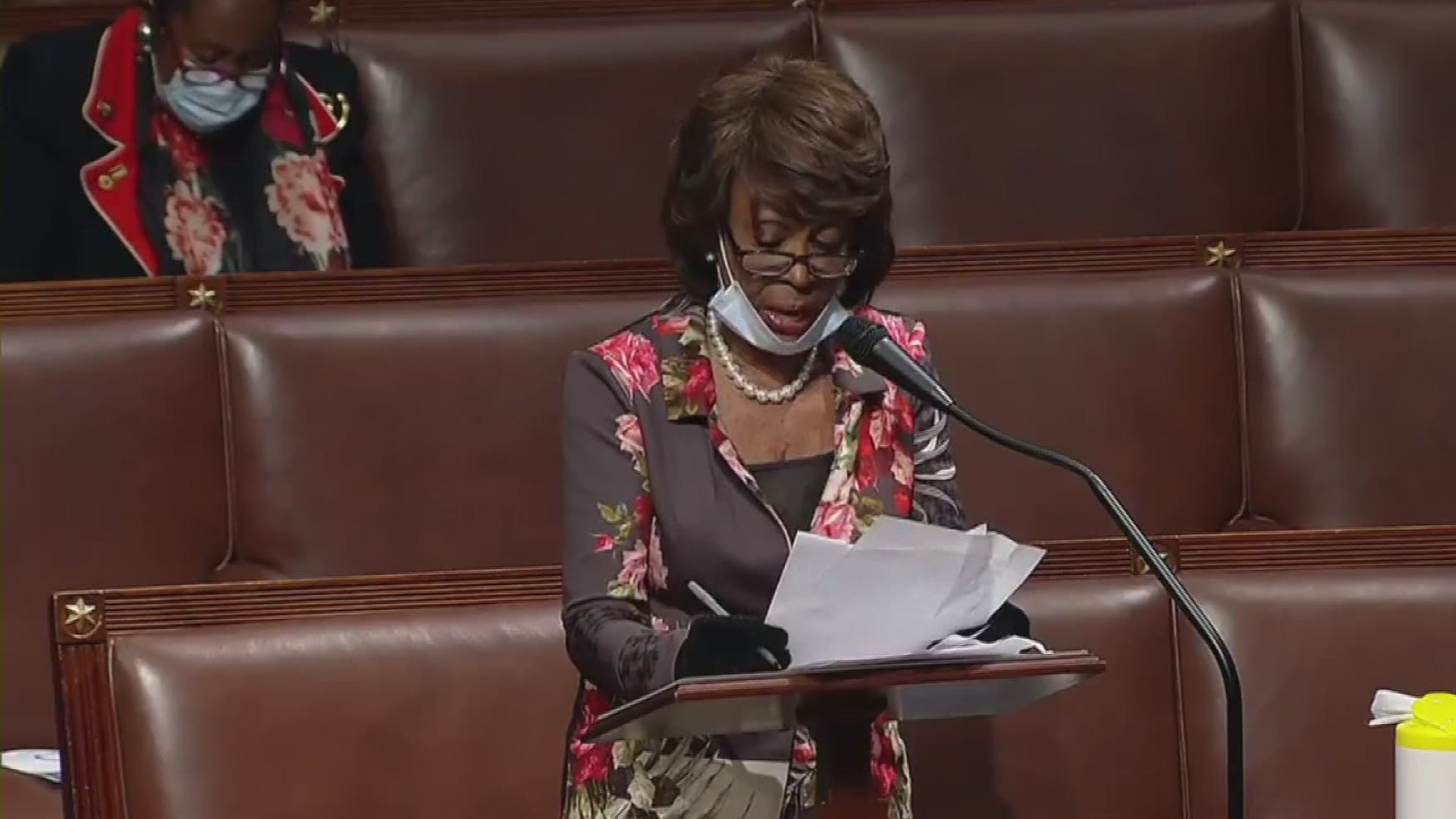 Health care workers and other staff members picketed outside of the Grand Manor Nursing Home last week demanding paid sick leave for those who contract the virus.

KWMU reported that workers there said numerous patients and staff members had the virus, but, Shannan Craft, director of nursing at Grand Manor, refused to say how many residents have tested positive for the coronavirus.

A visitation for Moody has been scheduled for 4 to 7 p.m. Wednesday at Ozella J. Foster Funeral Services, 3619 Finney Ave. in St. Louis. Funeral directors are asking anyone who plans to attend the service to wear a mask and they will only be allowed to walk through and not congregate.

Moody's family declined to comment on her death to 5 On Your Side. Waters' spokeswoman did not return requests for comment.

According to a 2014 obituary for Moody's mother, Velma Moore, she was one of 10 siblings and had been preceded in death by three of her siblings at that time.