Rep. Rasheen Aldridge on George Floyd death: 'More than anything, I was disgusted'

"Honestly, it was just another trauma that I think comes along with constantly seeing those images which is not healthy for a person to see." 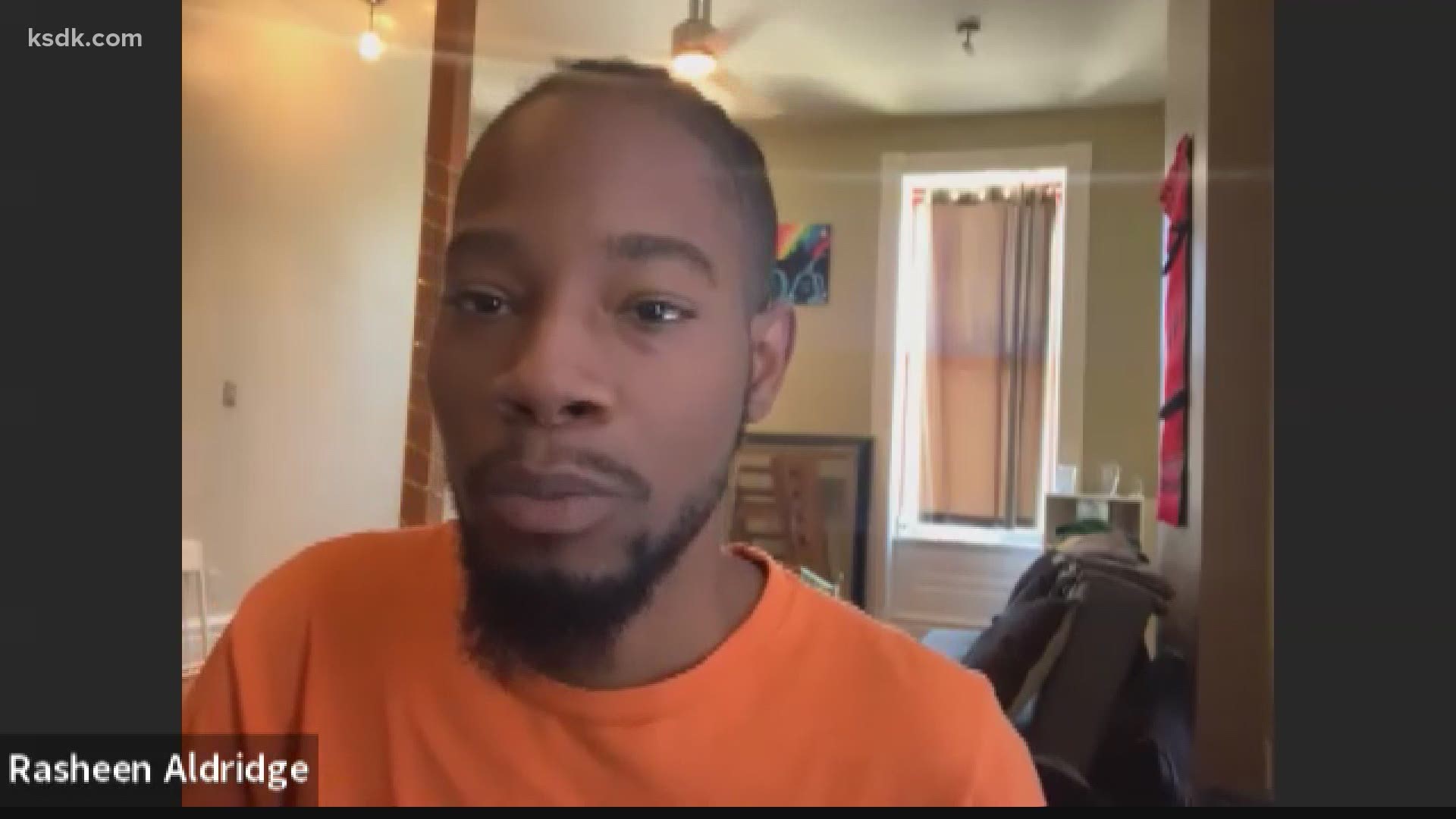 ST. LOUIS — We are living in a country that's in pain and one of the people who sees that pain every day is Representative Rasheen Aldridge.

Just 26 years old, he's a veteran activist, was the youngest member of the Ferguson Commission and is now Missouri's representative from the 78th district which includes the Old North Area, St. Louis place and almost all of downtown.

Aldridge joined 5 On Your Side's Mike Bush for a Q & A to get the representative's perspective on the killing of George Floyd.

Rep. Aldridge: "More than anything, I was disgusted. To see, you know, a body that was clearly not aggressive, not trying to fight back, and was saying that 'I can't breathe. I can't breathe. I can't breathe.' Honestly, it was just another trauma that I think comes along with constantly seeing those images which is not healthy for a person to see. A life being taken, and especially when it's so much distrust already between law enforcement and that has to be another situation and hopeful that justice will happen."

Mike Bush: You've worked shard over the last six years for incremental change because that's, that's how change happens incrementally. How frustrating is it when you're working towards change and then you see that?"

Rep. Aldridge: "It is very frustrating because you have to. The first thing I thought about is now his family does not have a loved one at home when the holidays come up. His mother has to grieve , his father has to grieve. his cousin,his brother. But there's also this question and pain of why it is constantly happening and then we know the outcome after hoping that justice gets done. But when you look at it is not always in our favor. So is this frustration of another life is taken."

Mike Bush: How far have we come since Ferguson?  You were an activist, the youngest member of the Ferguson Commission and now a State Rep. What are some of the things that you are satisfied with in terms of the changes that have been made?

Rep. Aldridge: "The Ferguson uprising and the Stockley uprising, what you saw was young people that never took to the streets before taking to the streets. When you see in injustices in police brutality or even low wages, you stand up, not allowing the status quo, to be the status quo. You have people organizing, you have elected officials, like myself, it's been a lot of change. But it is not quick enough for people that need the change instantly. I mean, our community has been looking like this for decades. Law enforcement doesn't really respect or have this understanding of what community policing means in years. So, we've made progress but dramatic change as needed."

RELATED: 'It can be done this way' | Peaceful protest calls for justice in Edwardsville

Mike Bush: We know that people are angry but what happens when peaceful protests suddenly turn violent?

"You know it's unfortunate, but I'm still proud of the work of the young people that organized that action and kept it as safe as possible." 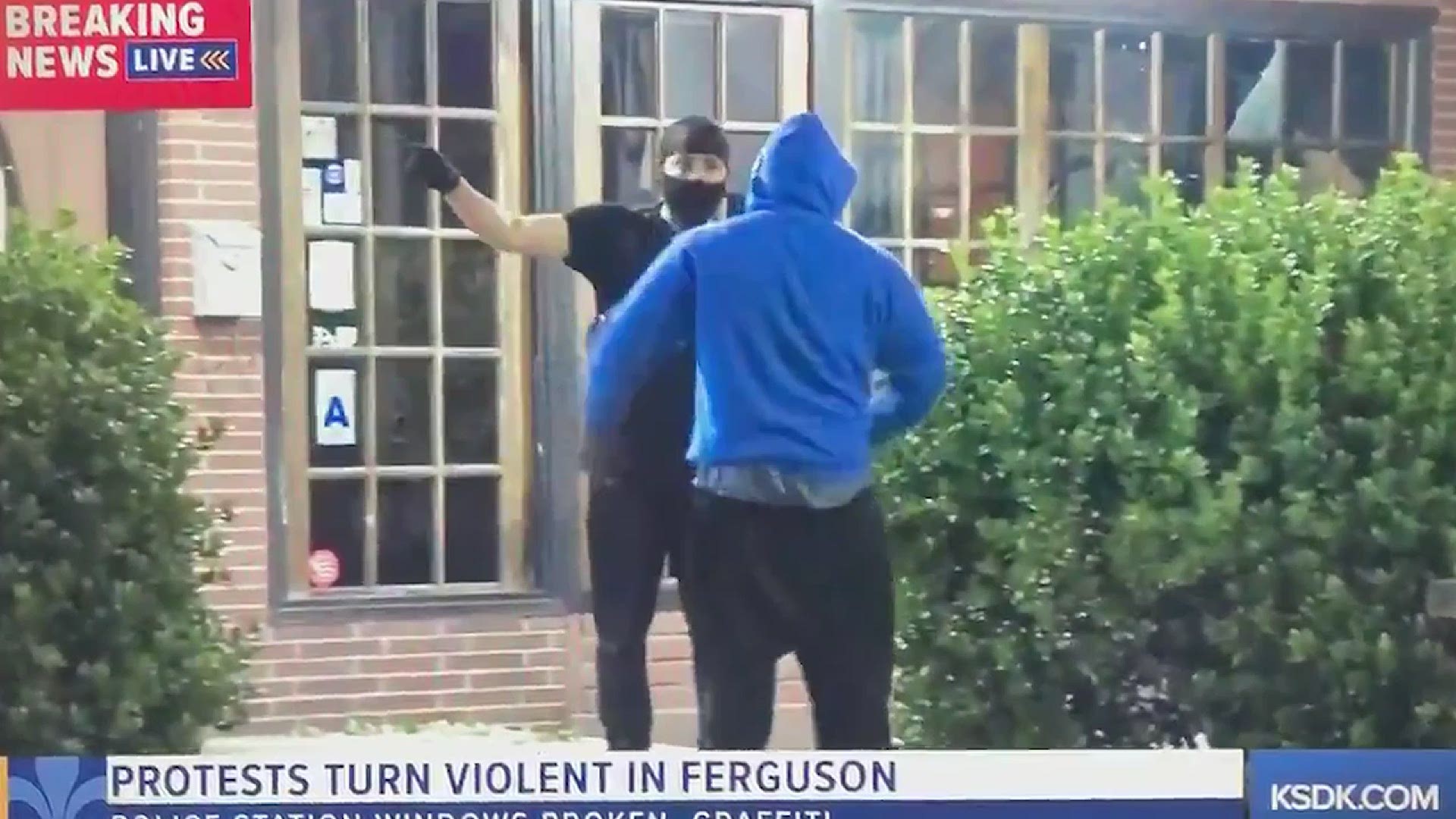