Hawley's outrage started earlier in the week when the DOJ announced a new partnership with local law enforcement to investigate threats against local officials. 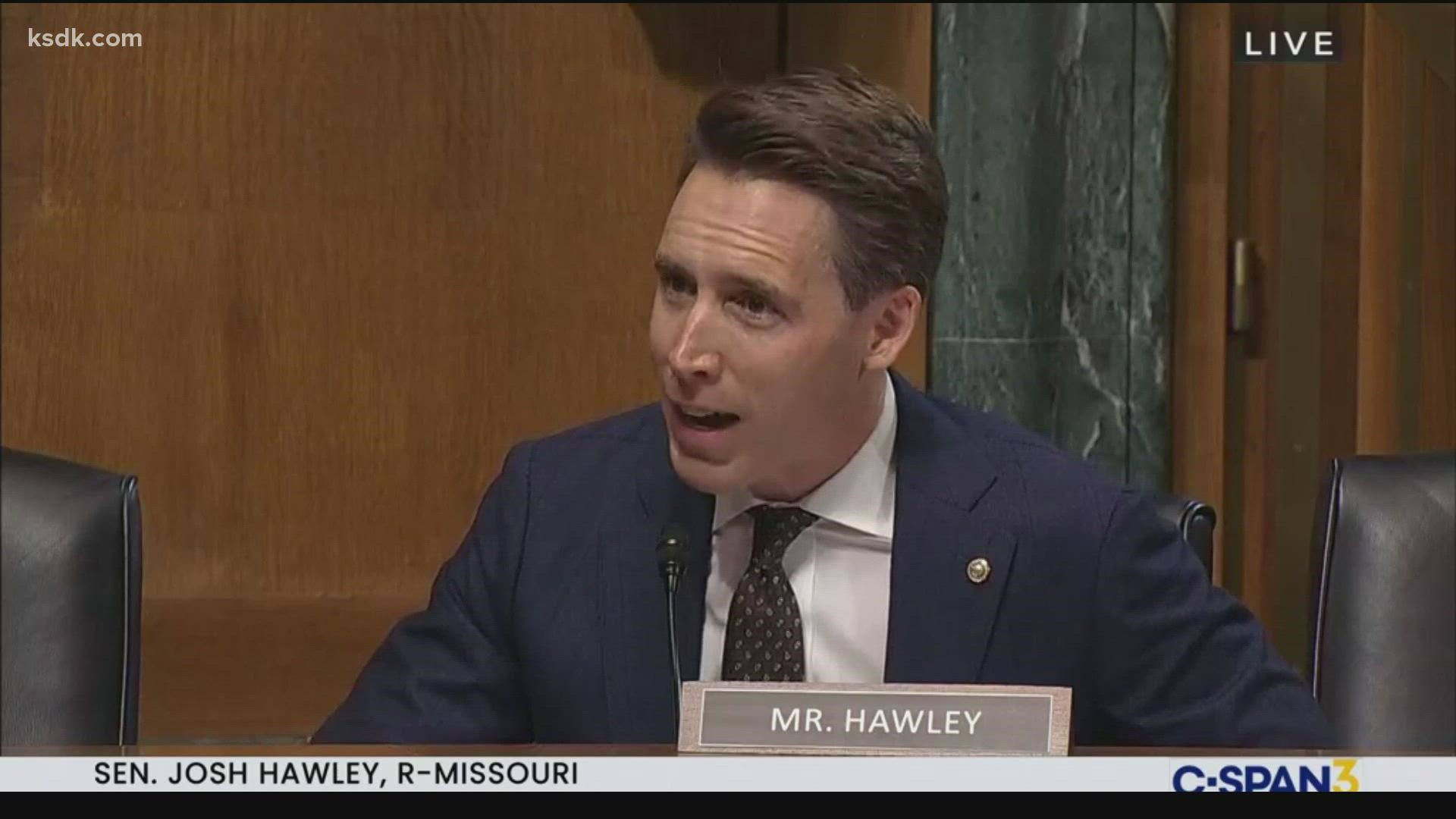 ST. LOUIS — Thursday night, parents once again showed up at a Rockwood school board meeting with plenty to say. Only this time, many of them were there to defend the school board and district administrators after months of tension over mask mandates and diversity in the curriculum.

"The racist attacks directed at Dr. Harris are nothing short of hate speech and hate crimes," one woman stated during the public comment portion of the meeting.

She and other parents have pointed to posts attacking Terry Harris, the district's executive director of student services, as evidence of what they see as threats against district personnel.

And Rockwood confirms it has had to hire security to protect some staff members.

In other states around the country, threats have been captured on video.

"When and if a situation turns to violence is the job of the Justice Department and local law enforcement to address that," Deputy Attorney General Lisa Monaco told the Senate Judiciary Committee on Tuesday.

"Senator, I have to respectfully disagree," she replied before Hawley cut her off in an exchange that lasted about five minutes in which Hawley accused the administration of unconstitutionally sending FBI agents after law-abiding parents.

Thursday, 5 On Your Side asked the senator if the Constitution protects the threats.

"No, violence, of course not. Violence is not protected. Threats of violence are not protected," the first term Senator said.

"But that's what we're talking about here," Hawley added. "The whole idea...is to send a message to parents. 'Don't show up at these meetings. Don't criticize critical race theory, or you may have an FBI agent knocking on your door,'" he alleged.

"Spirited public debate on a whole range of issues is absolutely what this country is all about," Monaco told Hawley in the hearing.

"The attorney general's memorandum made quite clear that violence is not appropriate," she said.

At the same time, Missouri's Republican Governor and Attorney General and other prominent Republicans around the country are now echoing Senator Hawley's assertions that the FBI will be chilling free speech.

As for Rockwood, Thursday night the superintendent promised threats will not be tolerated and will be reported.

Read the full DOJ statement in the document below: