A satellite made in St. Louis will be launched from the International Space Station Wednesday

The Argus-2 satellite was built by students at Saint Louis University's Parks College of Engineering.

ST. LOUIS — A six-pound satellite built right here in St. Louis will be launched from the International Space Station Wednesday.

The Argus-2 satellite was built by students at Saint Louis University's Parks College of Engineering and sent to the International Space Station in November. The spacecraft will be launched into orbit at 10 a.m.

The device is a 4-by-8-inch CubeSat, which looks like a small box of panels. The goal of the satellite is to test how radiation affects a commercial SD card. Software on the device will also identify "interesting" features in space, and researchers will train it to get better at finding those features.

RELATED: After a year in space, Christina Koch reunited with her dog. The video will melt your heart.

Argus-2 is SLU's third spacecraft. The other two, Argus-1 and Copper, also were CubeSat devices.

While students have only created three spacecraft, SLU has a long history in space.

Alumni of the Parks College of Engineering have been a part of every manned space mission in NASA's history. A post on the school's website said legendary astronaut Buzz Aldrin gave a special shout-out to the school's history when he visited as part of SLU's Great Issues Speakers Series in 2017.

The students and teachers will hold a special viewing party Wednesday morning to watch the satellite's launch. 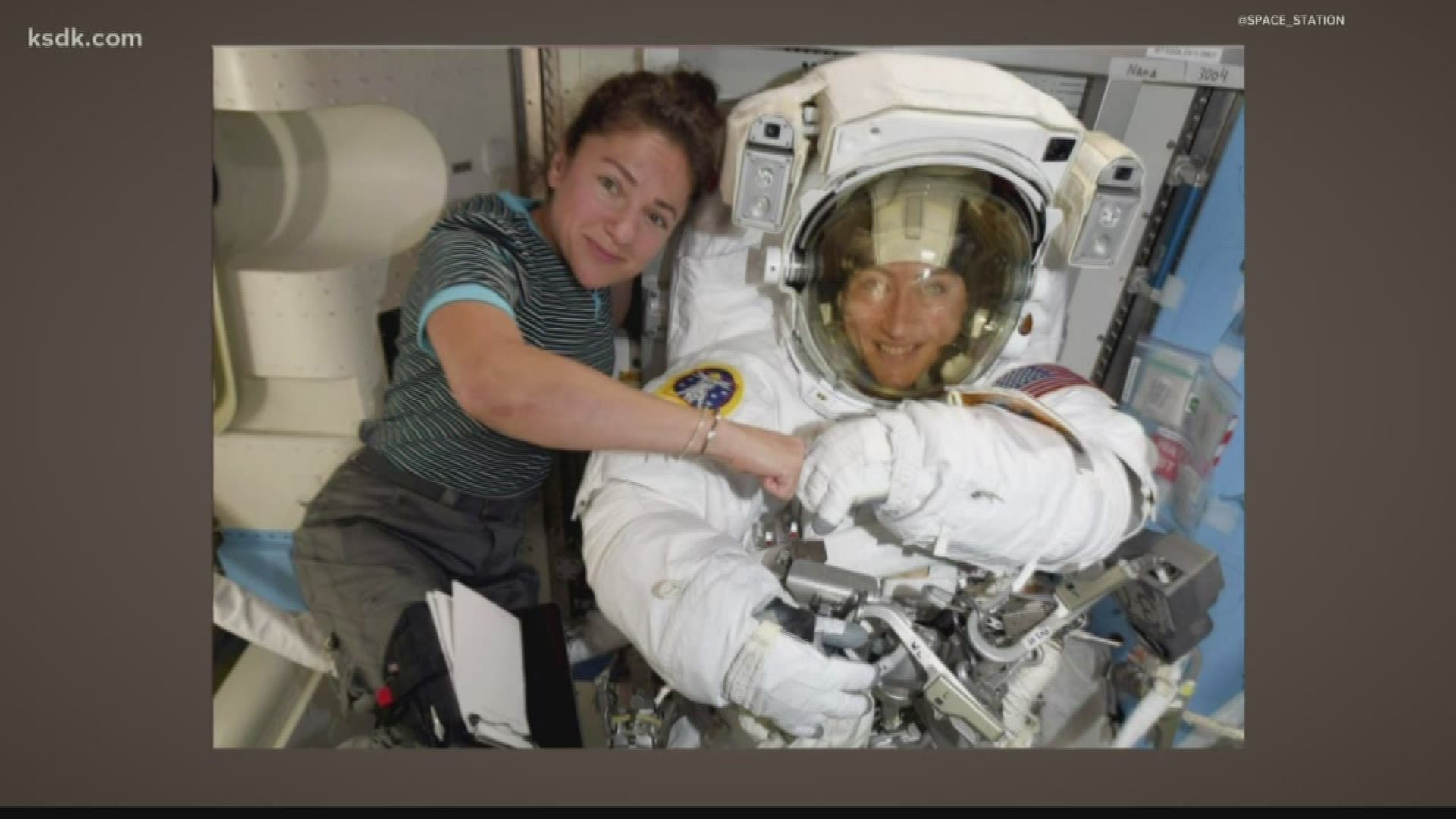 RELATED: You can vote to name NASA's next Mars rover