"So, after ten seconds the doors lock down, the red light on the box shows that the door is locked and closed and while that is happening, 911 is being notified." 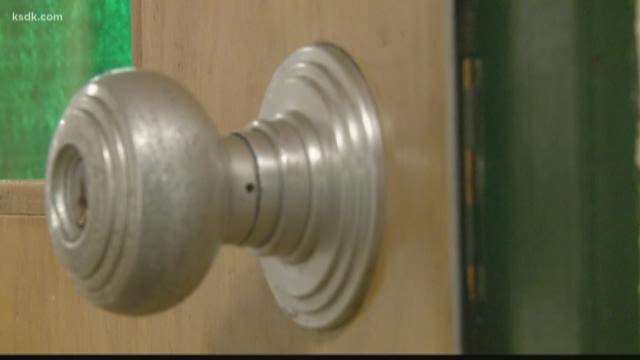 ST. LOUIS – A Brentwood school has taken a proactive approach to security with a first of its kind smart door security system.

It's called the "Seald System."

It might look like an ordinary door, but the classroom doors at St. Mary Magdalen are anything but ordinary. They can actually be locked and unlocked with the click of a mouse by a dispatcher, or a police chief in the school parking lot.

He and four business partners saw a need for the security system five years ago.

With the number of school shootings seemingly growing every year, they realized the first few minutes of a mass shooting are critical.

And that silly idea became a black box.

"So, after ten seconds the doors lock down, the red light on the box shows that the door is locked and closed and while that is happening, 911 is being notified,” he said.

Not only can the doors lock in a matter of seconds with the press of a button, but dispatchers can unlock the doors as first responders go room to room securing students.

Dispatchers can also access floor plans for the facility and officers can see which doors are active and closed.

Principal Kathy Wiseman said to be the first school in the nation with this system, it brings more peace of mind

"The true goal is, if there's a pot of gold, if we can successfully deter someone from penetrating a school or causing mass casualties because they maybe know about this system, if it changes their mind, that's the pot of gold," Georges said.

Georges also said police departments have told them they like the forensic timeline the system creates so they can go back, and track key details of what happened and make future responses better.