Anti-abortion and pro-choice rights demonstrators jockeyed for position after a rally underneath the Gateway Arch. 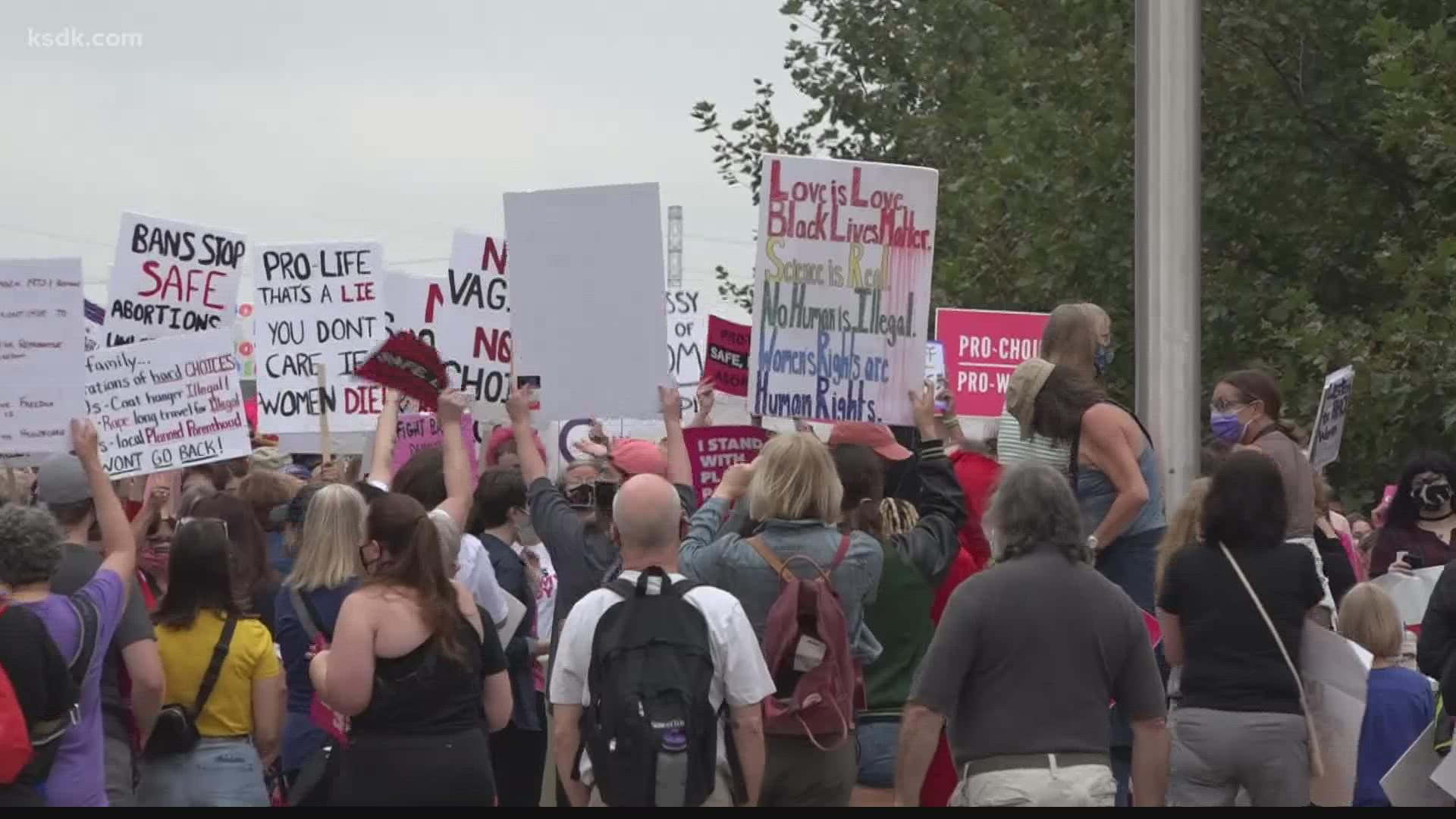 ST. LOUIS — On the steps of the Old Courthouse in St. Louis Saturday morning, pro-life and pro-choice demonstrators clashed after a rally in front of the Gateway Arch.

“You are killing women,” shouted a female pro-abortion-rights demonstrator to a man holding a sign depicting an aborted fetus.

“This has nothing to do with putting a mother’s life in danger,” he replied.

Other pro-abortion-rights activists said abortion is a woman's right, and it isn't the man's place to say what is and isn't OK.

The encounter happened after what pro-abortion-rights organizers called an abortion justice rally in front of the Gateway Arch.

St. Louis County Council chairwoman Rita Heard-Days, a Democrat, said, “Since Roe v. Wade passed, there has been a distinct, deliberate action to overturn that. And let me tell you this: without the help of all of you, without the help of the people who are in these legislative bodies who support us, it will happen.“

Sen. Karla May, D-St. Louis, said, “In my heart, I don’t believe any of us are advocating for a child to be aborted. However, just because we are pro-choice does not mean we are anti-life.”

Organizers said this rally is one of more than 600 across the nation in opposition to bans narrowing access to abortion.

Pro-abortion-rights demonstrator Laura Gray said, “It’s not someone else’s choice. We have to stand up and fight back and fight for our rights and stop these un-Constitutional bans.”

Brittany Schott, who is also pro-abortion-rights, said it was important for her to be there "because a woman’s right to choose her bodily autonomy is more important than ever."

It was after the rally when pro-abortion-rights demonstrators crossed 4th Street and stood in front of counter-demonstrators, blocking their anti-abortion signs.

“We got somewhat mobbed by the people of the opposing viewpoint’s side," anti-abortion demonstrator Lucy Gonzalez said. "They kind of flooded us up on these steps. They’re blocking our signs. They’re putting their umbrellas in our faces.”