With more teachers certified in ELL, the hope is to increase the graduation rate and make the St. Louis area a more welcoming place for immigrant students and their families. 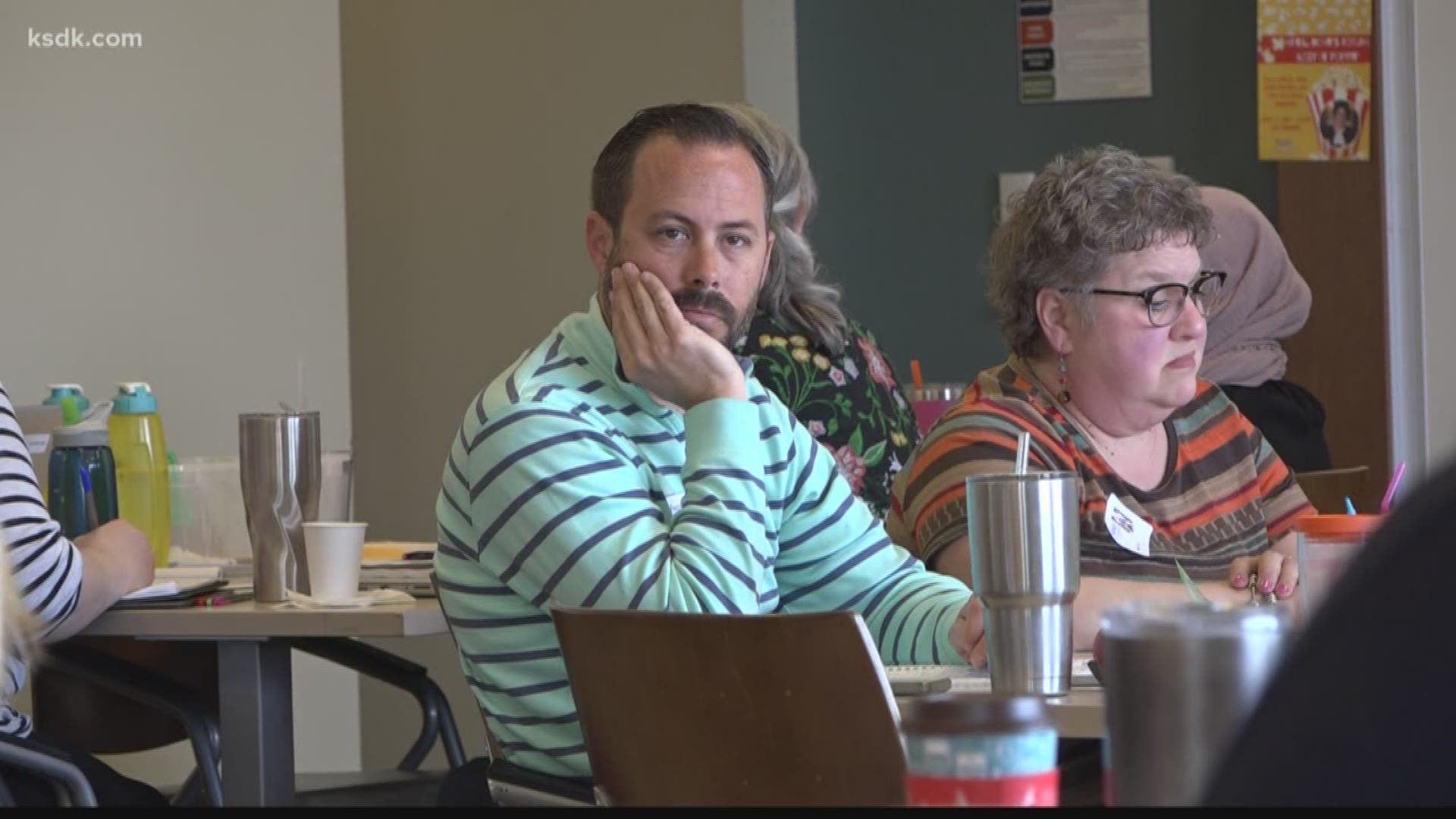 WEBSTER GROVES, Mo. — English language learners remain the fastest growing population in U.S. public schools. In the St. Louis area, there is a critical need for teachers who are trained to teach immigrant students.

Since 2000, the Missouri Department of Elementary and Secondary Education said there has been a 200 percent increase in the number of English Language Learner students in public schools. St. Louis Public Schools has the highest number, followed by Ritenour School District and then Parkway schools.

It's why Webster University has partnered with these three districts to help teachers get their ELL certification.

Inside Webster University Saturday morning, James Cohee worked hard to get his English language learner certification. He's in his first year of the two-year program.

"I used to teach in a very rural area and very little diversity," he said.

Cohee has been teaching in the classroom for 15 years, but since 2015 he's been a teacher inside the Parkway School District, where he's learned not all students are the same.

"I was blown away in a good way about how diverse our schools are, which kind of ignited my passion to learn more about how I can reach my students and meet their needs," he said.

Just like Cohee, Sharnez Givens is one of many area teachers trying to close the gap with their students who speak limited English.

"It made me realize that there is much more to teaching," Givens said.

For the last few months, Cohee and Givens have been meeting at Webster University to take classes to learn how to adapt their lesson plans for that population and to understand their culture.

"I feel like we really need to work hard to make sure we're meeting the needs of not only our native speakers but the ones that are coming into St. Louis," Cohee said. "It made me be more aware and empathetic to students and acknowledging their culture."

Both Givens and Cohee said they have been aiming for change in their classrooms and to make their ESL students smarter, more confident and successful.

"It's made me more aware of myself, just not as a teacher, but as a human being," Givens said. "I just wanted to be a part of that and a face that is recognized by ELL families and understand that they can feel comfortable coming to me," Cohee added.

The demand for ESL teachers in St. Louis is high and rising. The program is part of a nearly $3 million federal grant to increase those type of teachers in the St. Louis area. It's the largest grant ever awarded to the university.