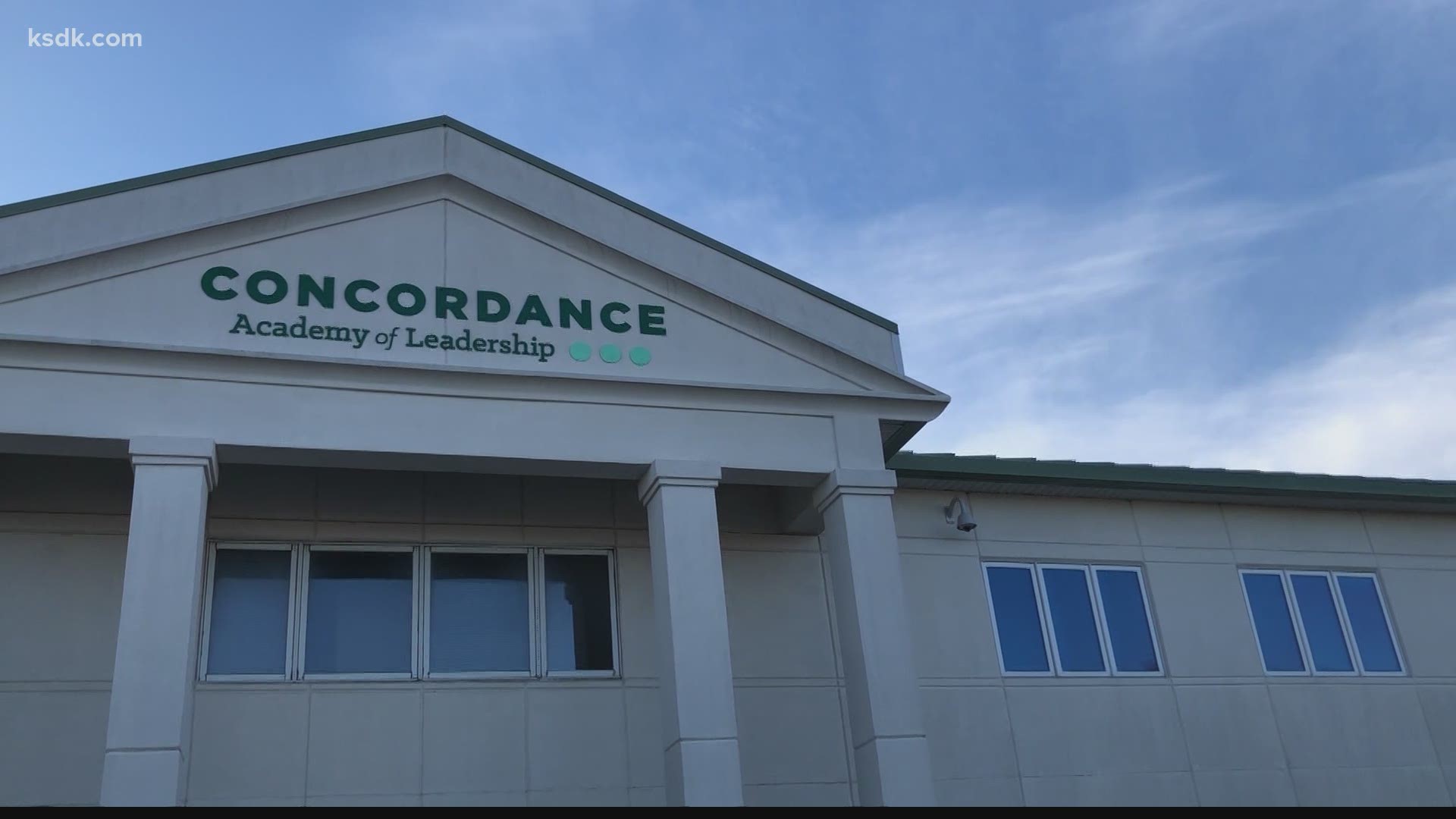 ST. LOUIS — Editor’s note: This is the final installment of a three-part series about Concordance Academy of Leadership, a nonprofit aimed at reducing recidivism. The first part of the series featured the nonprofit's director, a retired Wells Fargo Advisors CEO. The second part featured a graduate.

Those are the words Elton Neal, 45, uses to describe what the Concordance Academy of Leadership means to him.

It’s a St. Louis County nonprofit run by a retired Wells Fargo Advisors CEO aimed at preventing people like Neal from returning to prison. And it’s gained acclaim by experts like John Roman, a senior fellow in the Economics, Justice and Society Group at the National Opinion Research Center. It’s one of the largest independent social research organizations in the country and it’s based at the University of Chicago.

“It's really hard to get people off this trajectory of offending because, for the most part, people don't go to prison the first time they commit a crime,” he said. “They cycle in and out of prison, in and out of courtrooms, so to break that cycle is really hard.”

“Those are substantial reductions,” he said. “This is an important starting point in rebuilding some of our most disadvantaged places in St. Louis and throughout Missouri and throughout the country.

“I've been studying prisoner reentry for 20 years and we know very little about what works for this population.”

“There's no other program that offers as many things as this program,” he said.

The 18-month curriculum begins about six months before a person’s prison sentence ends.

Concordance partners with the Missouri and Illinois Department of Corrections to select participants that reflect the prison populations when it comes to race, age, gender and the type of crime they commit. The DOC sends Concordance about 80 names at a time, and those who agree to participate are transferred to one of the three prisons where Concordance staff can visit them.

That partnership is key to ensuring the participants are chosen at random, and that the program can work for anyone, said Danny Ludeman, Concordance’s CEO. He said Missouri Department of Corrections Director Anne Precythe and her deputy director Matt Sturm have been instrumental in making the partnership work.

“They have dedicated their lives to restoring and healing those individuals who have been incarcerated,” Ludeman said. “We are immensely grateful to them.”

Neal got selected in December 2019.

He had just finished his morning routine when he was summoned to the front desk.

A guard pointed him toward a sign that read “Concordance.”

“It was like the closest thing to me winning the lottery,” he recalled, having heard about the program from several friends who had already begun their journey with the organization.

At the time, Neal was about to conclude a 15-year prison sentence for gun and drug charges.

He said he turned to drugs to self-medicate after losing both of his parents within one week of each other and being left to manage his grandmother’s Alzheimer's as well as his own six children. He was doing stand-up comedy at the time by the name "St. Louis Slym".

“It was like I was driving fast in the snow with no belt on, eventually I was going to wreck,” he said.

Because his charges were for nonviolent offenses, Neal only had to serve 40% of his sentence. He was released in September 2020.

And, he said like many people he knows who get released from prison, he was eager to get on with his life.

Concordance requires weeks of intense mental health counseling before any job search or permanent housing plans can get underway.

“When you coming out of jail, you can be so caught up in, ‘I want to do right. I want to do this, that and third,’” Neal said. “But sometimes things don't follow the path that you want them to and that brings on frustration.

“Sometimes when you get frustrated, you can’t think right. And once you can't think right, you fall back into old ways.”

Neal said it happened to him.

“I got comfortable with the program and I guess I got a little antsy and I drank,” he said. “They have random drug and urinalysis and I dropped dirty.”

But Concordance has a plan for that, too.

Participants who relapse must decide whether to continue with the program – which is voluntary.

“This is not parole mandated,” Neal said. “I can leave this program any time I want to with no consequence.”

Neal took a few days off from the program to collect his thoughts.

“I just manned up,” he said. “I had to take responsibility of my own actions."

“I decided to come back and just straighten up and get myself together as a man and move on because it's more opportunities here than there would be when we take the other road.”

Neal is now apartment hunting and working to reconnect with his six children and five grandchildren.

He has a job at a factory with plans to soon work at Barnes-Jewish Hospital.

Concordance has its own employment agency that works with companies who are willing to employ formerly incarcerated people.

He said he ultimately hopes to return to the stage, where he can make people laugh again.