In a statement, Ed Dowd accused investigator William Tisaby of lying about his methods and the evidence he collected. 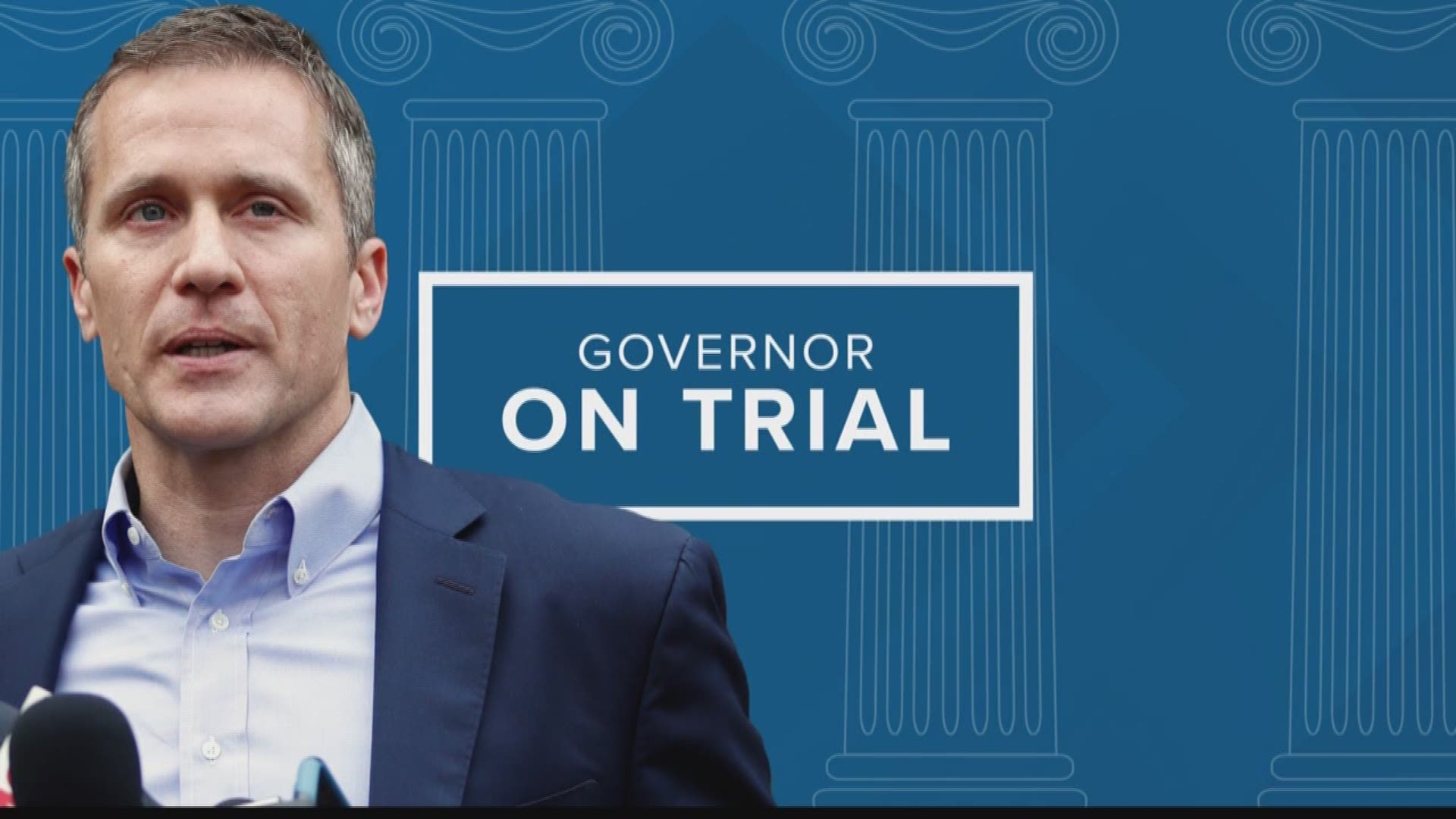 ST. LOUIS – The St. Louis Metropolitan Police Department is launching an investigation into the actions of the lead investigator in the Invasion of privacy case against Governor Eric Greitens.

In a statement Tuesday morning, Ed Dowd — a member of Greitens' legal team — said he planned to file a police report and accused investigator William Tisaby of lying about his methods and the evidence he collected. Dowd said Tisaby refused to testify about alleged misbehavior in the case pleaded the fifth in response to more than 50 questions.

Dowd also said Circuit Attorney Kim Gardner and Tisaby met in secret, then refused to testify about it, which he said was against the law.

"This misconduct must be investigated," Dowd said in the statement. "I have a lot of confidence in the St Louis Metropolitan Police Department, and I am sure they will get to the bottom of the misdeeds and illegal activity in this case.”

In a statement from Gardner's office, Gardners said she was not worried about the accusations and said the governor's legal team "threatened my staff and me with the continued barrage of insults and accusations if we continued to pursue charges against the Governor."

Jermaine Wooten, the attorney for Tisaby, told the Associated Press Tuesday that Tisaby was being used as a scapegoat and did nothing wrong. Wooten called Tisaby "an honest and decent man" who was just doing his job.

The invasion of privacy case against the governor was dropped by the prosecution Monday. The prosecution said they hoped the case would be re-filed and overseen by a special prosecutor, while Greitens' defense team said the case should be over.