Charges were filed against Nathaniel Hendren on Friday. 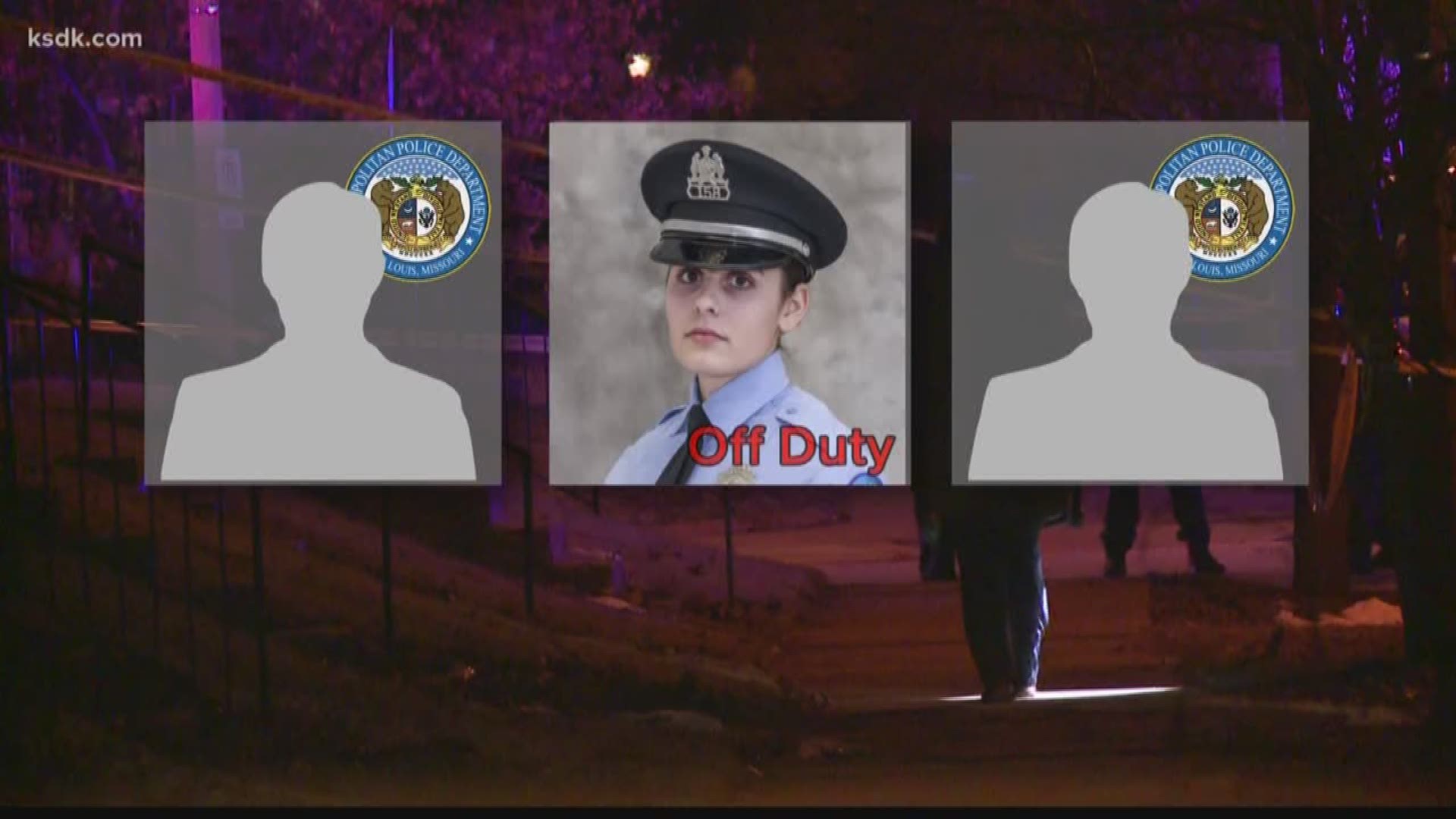 UPDATE: On Friday, charges were filed against Nathaniel Hendren. He was charged with involuntary manslaughter and armed criminal action in 24-year-old Katlyn Alix's death.

According to police, two officers who were on-duty met an off-duty officer at a home in the 700 block of Dover around 1 a.m.

While they were in the living room, one of the officers mishandled a gun and shot 24-year-old Katlyn Alix in the chest. Alix was not working at the time, police said. She had been with the department for two years.

The weapon was recovered from the scene. According to a police source, Alix was shot with a non-department issued revolver. The police source also told 5 On Your Side Alix and the two other officers were close and had previously worked together.

5 On Your Side continues to press for answers to the questions many of you have asked on Facebook and Twitter.

On Friday, we requested an interview from police chief John Hayden and the department declined. We have not heard from him since the press conference at 2:30 a.m. on Thursday.

The two officers on duty are both 29 years old - the one who mishandled the gun has been with the department for one year. Police have not said if either officer is on administrative leave. Police have not said why an on-duty officer had a non-department issued gun at the time of the incident. They have also not said why the officers stopped at one of their homes while they were working.

The Force Investigation Unit responded and is handing the ongoing investigation, police said.

A spokesperson for St. Louis Circuit Attorney Kim Gardner confirmed they also responded to the scene and are investigating the officer’s death. The Missouri State Highway Patrol will also assist in the investigation. A statement was released Thursday afternoon.

Circuit Attorney Kimberly M. Gardner announced today that the Missouri State Highway Patrol (MSHP) will assist her and her office in the investigation of the officer-involved shooting that resulted in the death of 24-year-old off-duty officer Katlyn Alix.

The Circuit Attorney’s Office (CAO) regularly conducts parallel criminal investigations into officer-involved shootings in the City of St. Louis. Members of the CAO responded to the scene of the incident this morning to begin the independent investigation regarding potential criminal conduct, along with the St. Louis Metropolitan Police Department (SLMPD) Force Investigation Unit (FIU). This simultaneous investigation is now protocol when a police shooting occurs to ensure this process is transparent, independent and as expedient as possible.

“This is a tragic situation,” said Circuit Attorney Gardner. “The family of officer Alix deserves a complete, objective and thorough investigation of this incident. My office is approaching this criminal investigation with the highest level of seriousness and urgency. I have formally requested for the Missouri State Highway Patrol (MSHP) to assist us in this investigation.” On behalf of the MSHP, Assistant Superintendent Lt. Colonel Eric T. Olson has agreed to allocate resources to the Circuit Attorney’s Office for this investigation. The MSHP will begin working with the CAO immediately.

The role of the CAO in conducting these investigations is to determine if a criminal violation of Missouri law has occurred and if such violation can be proven beyond a reasonable doubt in a court of law.

We urge the media and community to refrain from speculation and drawing conclusions regarding the facts surrounding this unfortunate incident. The victim and the officers involved deserve a fair and impartial review of the evidence and facts.

'In honor of Officer Katlyn Alix, members of the #SLMPD will be wearing the Department mourning band. "Officer Alix was an enthusiastic and energetic young woman with a bright future ahead of her, 'Chief John Hayden said on Twitter.

'Terribly sad - blessings to her family, friends and the entire Slmpd community,' Mayor Krewson said in a tweet.

"The St. Louis Metropolitan Police Department and the St. Louis Police Officers Association lost one our own early this morning in a tragic incident that is still under investigation.

"We know that the press and the public want to understand what happened. So do we. But for now, we wait; we wonder; and we weep.

"We ask that the media and the public respect the privacy of this young officer's family, friends and co-workers as they mourn.

"The motto of the National Law Enforcement Memorial is, 'It is not how these officers died that made them heroes, it is how they lived.'

"That's what we should focus on right now, how this officer lived. She served her community and her nation with dignity and courage both as a police officer and as a member of the military. That is how she lived, as a hero. And, for now, that is all anybody needs to know."

This is a developing story and will be updated when 5 On Your Side receives more information.

The Ethical Society of Police tweeted a statement:

Today’s shooting involving the on-duty and off-duty SLMPD officers was reckless and avoidable.

Unfortunately, a young officer lost her life as a result of it.

We believe charges should and will be filed against the officer involved.

Please keep her family in your prayers.