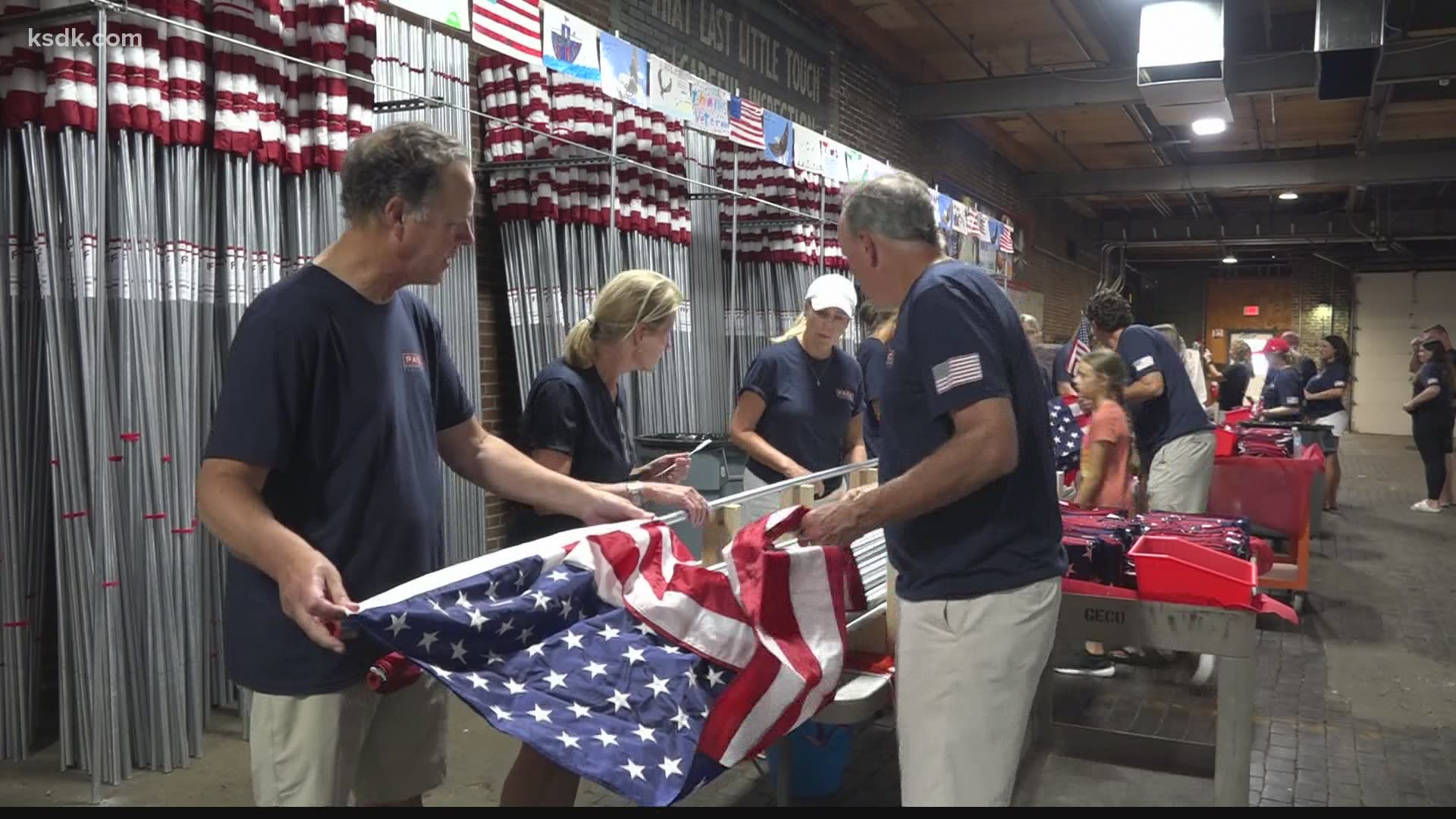 ST. LOUIS — In less than two months, St. Louis and the rest of the world will mark the 20th anniversary of the 9/11 terror attacks. But volunteers are already coming together to build a memorial on Art Hill in Forest Park.

Unlike most of the other volunteers, Krista Salvatore's 9/11 story is one of survival.

As she made it out of the building safely, she watched emergency crews run inside.

"I really struggled with survivor's guilt. On September 11, I was 22 years old, and I didn't have a family. I struggled with why I was OK and so many people that had careers, families and loved ones that relied on them weren't OK."

To honor the memory of the nearly 3,000 people who died on 9/11 and remember the servicemembers who died fighting the War on Terror, Salvatore is helping assemble flags for Flags of Valor, a weeklong event put on by America’s Heartland Remembers.

"Every flag represents a person, and every person has a story and a family," she said.

Beginning September 4, flags assembled by hand in St. Louis will fly over Art Hill in Forest Park. Each flag will carry a set of dog tags with the names of fallen servicemembers.

"It's important to me that (9/11) doesn't just become a date in history or a bumper sticker or something we read about in history books," Salvatore said. "It's such a part of so many families lives and they've lost so many loved ones — it's just important to remember."

The display will be up through September 12, and the flags will then be mailed to the families of those who died.

Anyone interested in sponsoring a flag is asked to make a $50 donation to America’s Heartland Remembers, which will cover the cost of shipping flags to Gold Star families across the United States.

Members of Gold Star families who want their loved ones flag should also contact the organization.