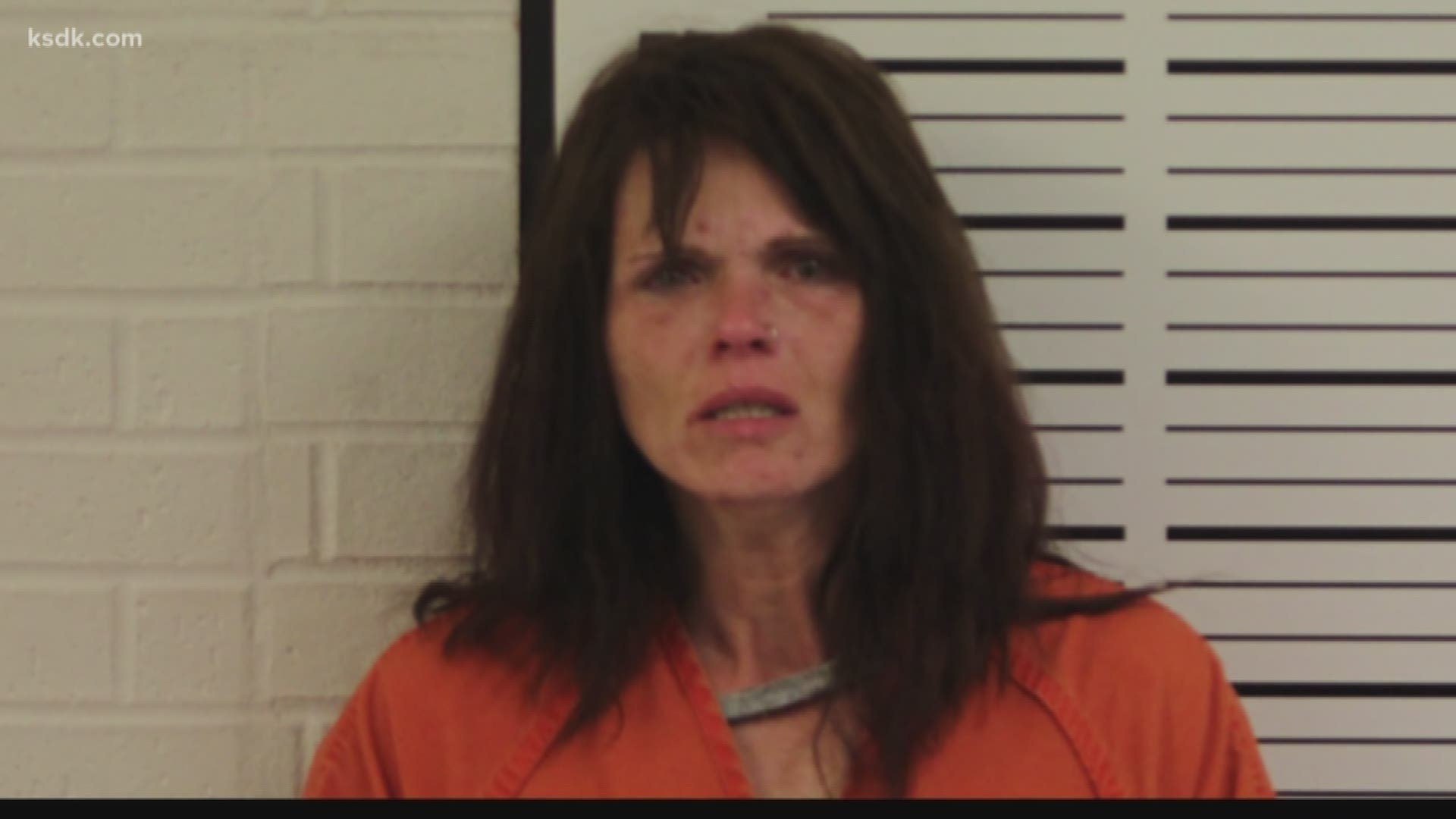 STE. GENEVIEVE COUNTY, Mo. – The wife of a man found dead after being reported missing is now facing murder charges.

Susan Armantrout was charged with first-degree murder, armed criminal action and abandonment of a corpse in connection with her husband's death Monday night.

Aaron M. Armantrout was reported missing out of Ste. Genevieve County on Sunday, and police said they were also looking for his wife Susan.

Charging documents said deputies were asked to call Aaron Armantrout about threats made by his wife. Aaron told deputies his wife made death threats toward him for the last few months. The deputies encouraged him to file a formal complaint, but he decided not to.

Aaron was supposed to meet with his sister Friday night but never showed up, charging documents said. The documents said Aaron's brother and sister-in-law went to his home to find Aaron and his 2000 BMW 540i missing and that his home smelled like bleach. Later that day, Aaron's father called police and reported his son missing.

Charging documents said she shot Aaron in the face then put his body in the trunk of his BMW and drove it to a storage locker in Potosi, where police later found him. She also tried to clean up the room where she shot Aaron by using bleach and other cleaning products.

Charging documents said she tried to shoot Aaron last fall in St. Francois County. Susan's niece told police Susan threatened to kill Aaron multiple times and said the bullet she kept in her gun was to kill her husband.

‘We ask that you keep the family and friends of Aaron in your thoughts and prayers.  It is extremely hard losing a family member at any time but especially during the Christmas season, and by such a senseless act,’ police said in a statement.