The first time it happened, a few hundred students had their private information exposed. The second time, more than 4,000 students were affected. 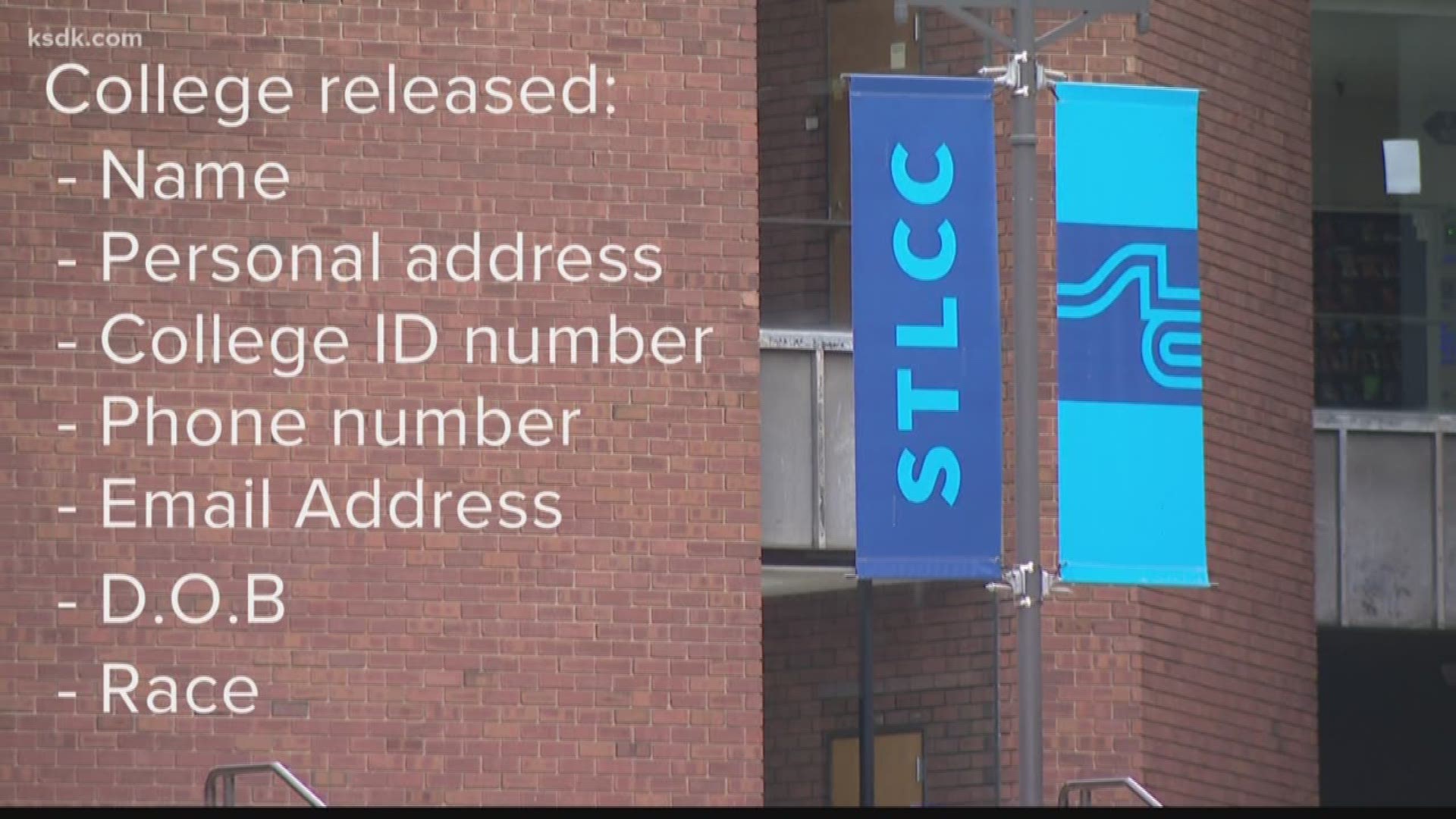 ST. LOUIS — A data breach at St. Louis Community College has one student searching for some accountability after they released the personal information of nearly 4,000 students.

"It's just very frustrating of how our information was given out twice, I mean where's the security at," said a student who asked not to be identified.

"I didn't give them permission to release that information."

Last year, around the same time they released the same information to "a limited number of other students at the school."

The student said she had to make changes after the last breach.

"I had to change my phone number," she said. "Only because of my personal situation, I mean the school doesn't know what's going on with each students situation and for their phone number and their address to be exposed I mean that was a major problem for me this time."

The first time it happened, the school sent out a letter that said an employee emailed an attachment containing the private information of 362 students to other students.

This time they sent out a letter saying nearly 4,000 students were affected.

"We understand the student's concern about their information being compromised," said Kedra Tolson, the school's director of marketing and communications.

She said the school took the appropriate action both times to make sure the risk to the students was minimal.

"The information went to people who, upon notification, deleted the information," Tolson said. "It was not downloaded, it was not shared and this was resolved right away."

The students' social security numbers were not released,  but the student said her identification number is used to verify almost everything at the school.

She feels with all of this information potentially out there, anyone can use her ID number to do just about anything at any of their campus locations.

The school said it provided additional training to staff on how to handle sensitive data. It also said the school set up a response center for those students having additional questions.