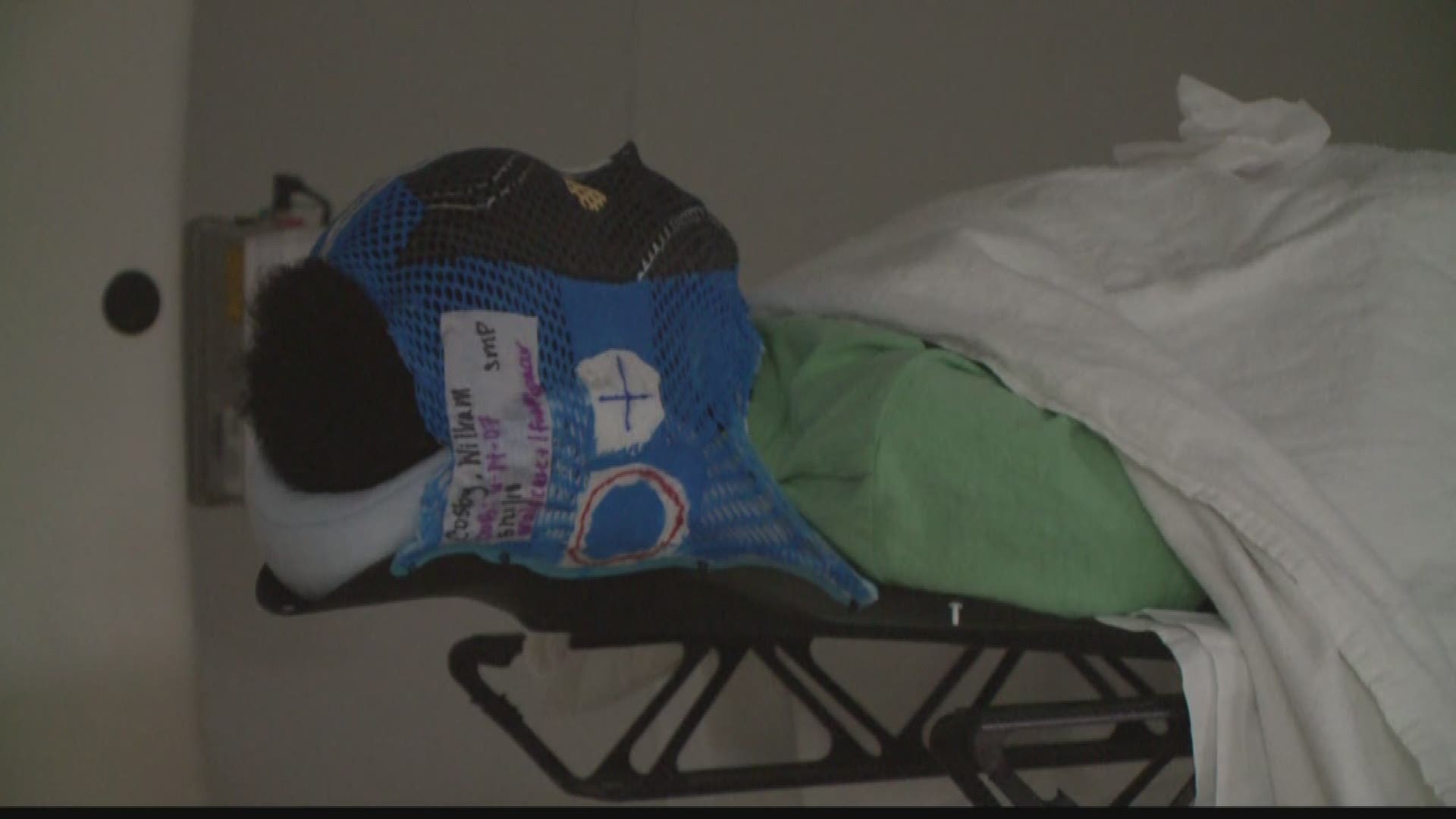 ST. LOUIS — At the Proton Therapy Center in St. Louis, cancer is in for a fight.

It's not 11-year-old William Cosby lying on the patient table, it's the Black Panther.

"It's fun. It makes them happy," Hannah Heimos said.

She thought, since the kids have to wear a mask as they undergo proton beam therapy, why not empower them with a little paint?

"We're asking a lot of them to lay down and be still where if they can channel their inner superhero for a little bit, they might as well," she explained.

William is battling a brain tumor, which means for weeks he has to be here almost every day.

"Coming in daily for treatments can sometimes be challenging," said Oncologist Dr. Soumon Rudra. "Especially in the pediatric population."

But coming to the hospital is a little less scary when it's located in the Marvel Comic country of Wakanda.

"Everyday when I come for radiation, I move my Black Panther up," William told us as he showed us a bulletin board with a cardboard cut out of the Black Panther. "When I move it up the board it shows I only have four days left of radiation."

Never has an evil villain had to face so many guardians of the galaxy. Since the program began in January, it's been a parade of Stormtroopers and Avengers.

Even the original Black Panther, Chadwick Boseman tweeted to William, "You wear it well, pulling for you brother."

You wear it well. Pulling for you brother!

"William got a hoot out of that. He was so excited," Heimos laughed.

Cancer started this fight but William and his fellow superheroes plan on winning it.

Sometimes courage can be a work of art.

"It's helping me to get better," said William.