The child was wearing a long sleeve dress and sweating profusely, according to police. 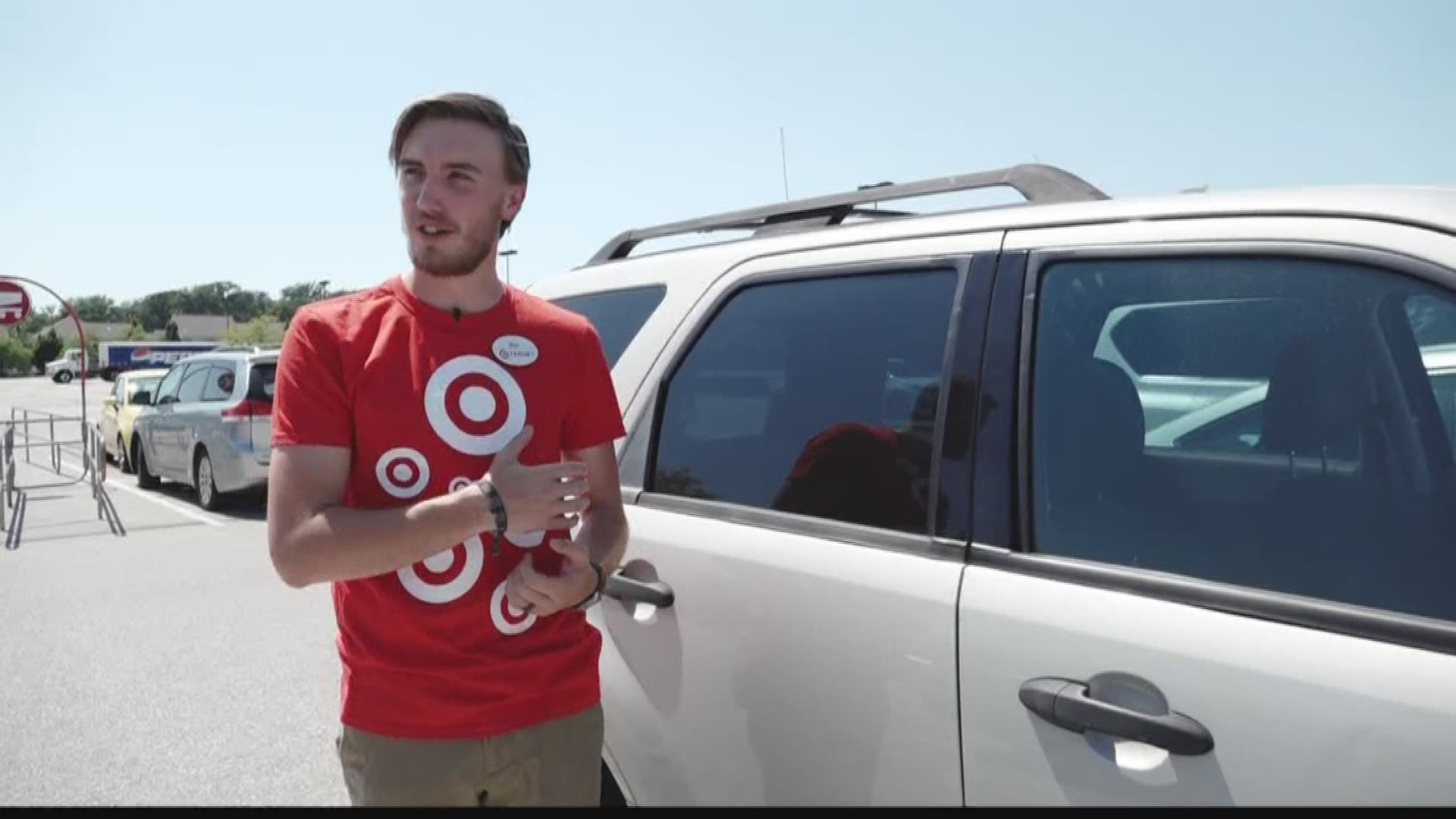 TOWN AND COUNTRY, Mo. - A 28-year-old woman was arrested and charged on Tuesday after leaving her child inside a parked car.

Officers responded to the Town and Country Crossings Shopping Center around 3:50 p.m. for a report of a child left unattended inside of a parked car.

Nick Cook, a team leader at Target said a customer noticed the girl alone and came into the store to tell management. Employees paged people in the store, alerted other businesses in the Town and Country Crossing shopping center and called police.

"They took a couple minutes to get there, and there was no telling how long the child had been in the car,” Nick Cook said.

So Nick did what any Team Leader would do. He went to find the baby girl. When he got to the car, he says one window was down about halfway, so he wiggled it until he had enough room to reach in.

"I reached over and unbuckled her car seat, and I was like,‘All right, sweetheart, come on.’ So I picked her up and lifted her out and had to turn her to get her through the window,” Cook said.

The child was wearing a long sleeve dress and sweating profusely, according to police. Police said the employees were already working to get the girl out when they arrived.

"She looked a little scared, but I would be scared too if someone was picking me up out of my car seat through the window,” Cook said. "I'm just glad I could help."

The mother of the child was shopping at the time. She was charged with endangering the welfare of a child. Her name has not been released.