Thousands of dead fish wash up on banks of Cottleville lake

"The best I can describe it is if you've seen on TV beached whales, these fish were just beaching themselves coming out of the water, struggling. It looked like they were trying to get air." 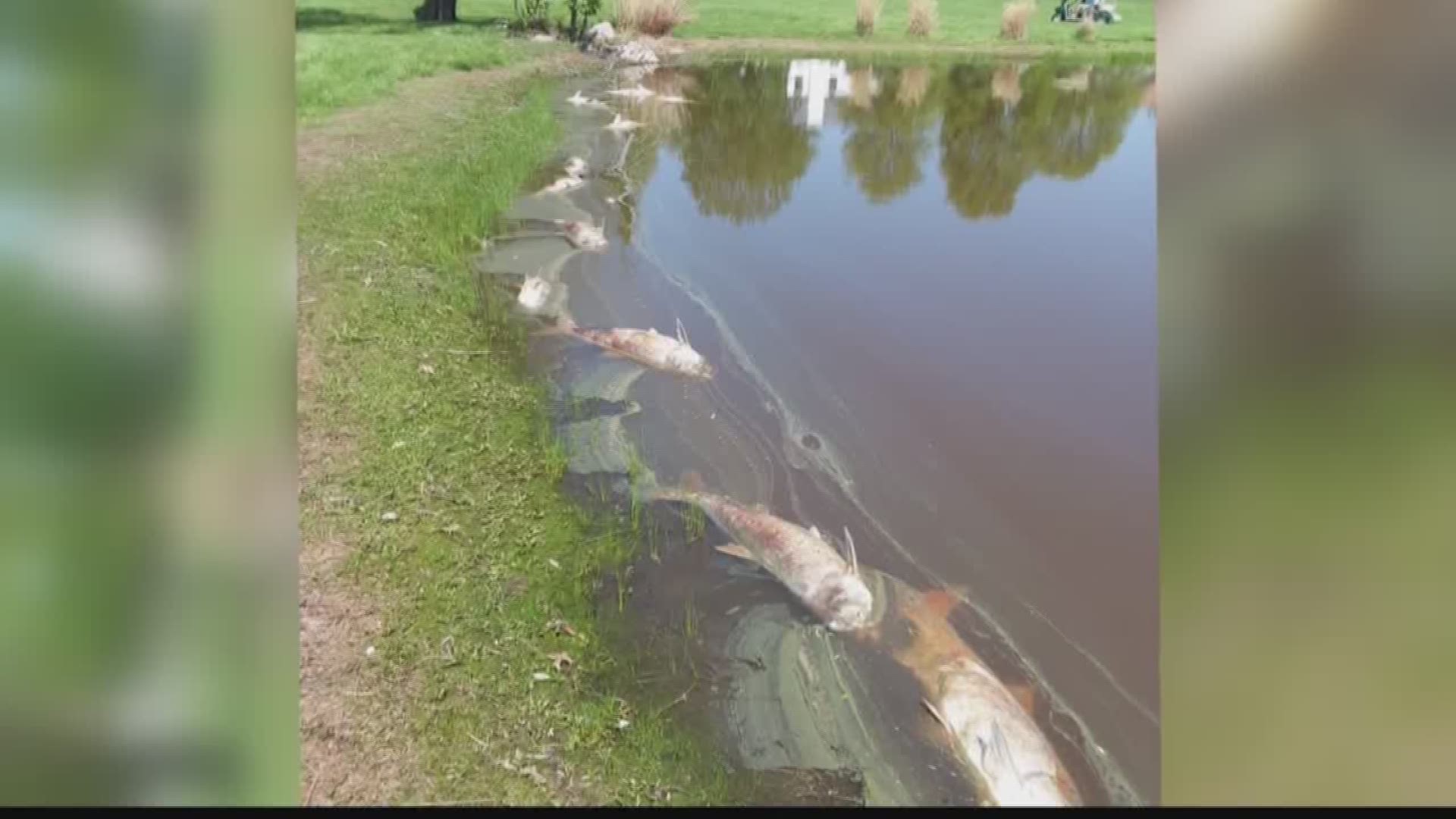 COTTLEVILLE, Mo. – Thousands of dead fish washed up on the banks of a Cottleville neighborhood lake and they are not just any fish. Some are three-feet long.

Denny Huebner described the fish jumping out of the water as if they were gasping for air.

“The best I can describe it is if you’ve seen on TV beached whales, these fish were just beaching themselves coming out of the water, struggling. It looked like they were trying to get air,” Huebner explained.

The Windsor Place Subdivision believes the fish-kill was caused by chemicals that MoDOT used to seed the grass along Highway N. The highway crosses right in front of the neighborhood.

“That, whatever, was in the fertilizer caused the oxygen to change, or an algae bloom, but there's too much of a coincidence not to have a connection there,” Huebner said.

5 On Your Side reached out to MoDOT, who confirmed that it was seeding the grass last week.

MoDOT officials went out today to look at the lake in question, as well as the surrounding area. The seeding done along Route N last week was only spot touchups using seed and straw. It used no fertilizer or weed control chemicals. That, combined with the fact that the lake is at a higher elevation than MoDOT property means nothing flowed up to the pond. In addition, the surrounding subdivision properties are higher than the lake and excess runoff from them will drain into the lake. MoDOT finds no reasonable evidence that anything done in connection with the project lead to the fish kill. We suggest the subdivision contact the Missouri Department of Conservation for help in determining the reason for the fish kill.

Its spokesperson gave us her email to give to the trustees of the subdivision. She asked that residents contact her right away and that she would have a crew come out there this week.

“We're hoping that they can partner with us to come to some sort of resolution,” said Huebner.

In the meantime, the entire neighborhood has been fishing the carcasses out of the water and burying them to avoid the smell and the swarm of flies that they attract.