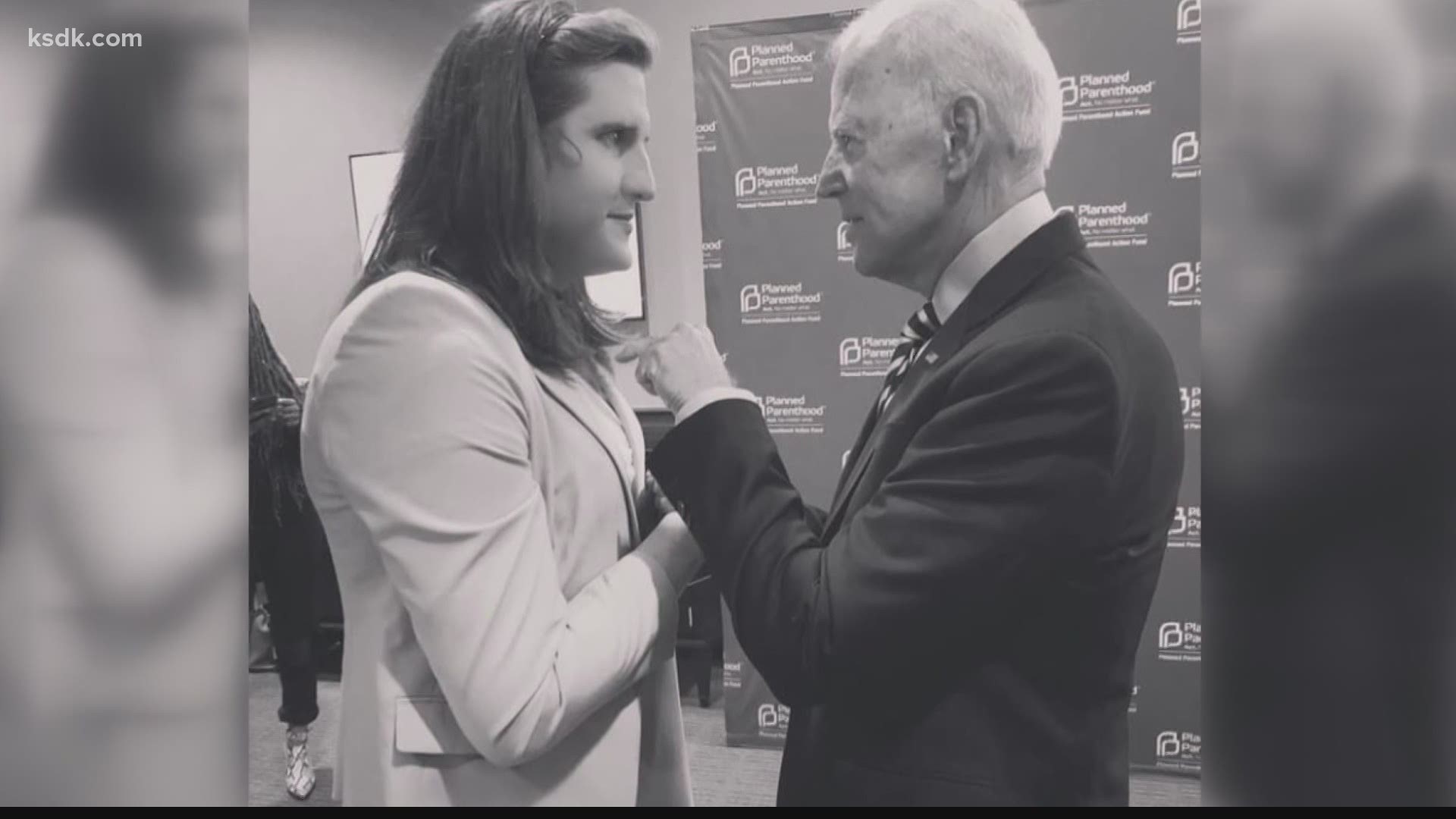 WEBSTER GROVES, Mo. — Charlotte Clymer has never been shy about speaking her truth. Whether it's on national TV in a commentary for CBS Sunday Morning or as an Op-Ed commentator in the Washington Post.

"That's really the commission of any person living on this planet," she said. You want to leave it better than when you found it, and this is part of what I'm doing in that regard."

Clymer is a writer, a former press secretary for the Human Rights Campaign and an outspoken activist for LGBTQ rights. She is also a veteran.

For three years based at Arlington National Cemetery, she carried caskets and folded flags for the families of the fallen.

"The most democratic place on earth is Arlington National Cemetery," Clymer said. "Everyone is the same, regardless of race, gender sexuality, religion."

She celebrated recently when President Biden repealed a Trump-era ban on transgender Americans joining the military — a ban that she took personally.

"I saw colleagues of mine, who would serve so valiantly in uniform during deployments to Iraq and Afghanistan have their service so easily swept aside of discounted by someone who could not fathom what it meant to have that kind of courage," Clymer said.

Clymer came out as a transgender woman in 2017 after years of fighting herself.

"I went through a good 20 years of self conversion therapy really beating myself up and wondering why won't my brain just fix itself."

By 2020, she was included in Fortune magazine's 40 under 40 list of the most influential people in government and politics.

For those who come hear her speak at Webster University, her message is simple. Understanding is the first step to acceptance.

"You know, if there is a kid who shows up there," she explained, "and is struggling with their gender identity, I want them to leave feeling empowered to be themselves. But at the same time, if there's a parent or faculty member or maybe someone who's not very acquainted with these issues, I want them to leave feeling confident and safe and talking about these things."