Jake Talbot said the gym owner told him other gym members had expressed that the shirt was “racist” and “inappropriate”. 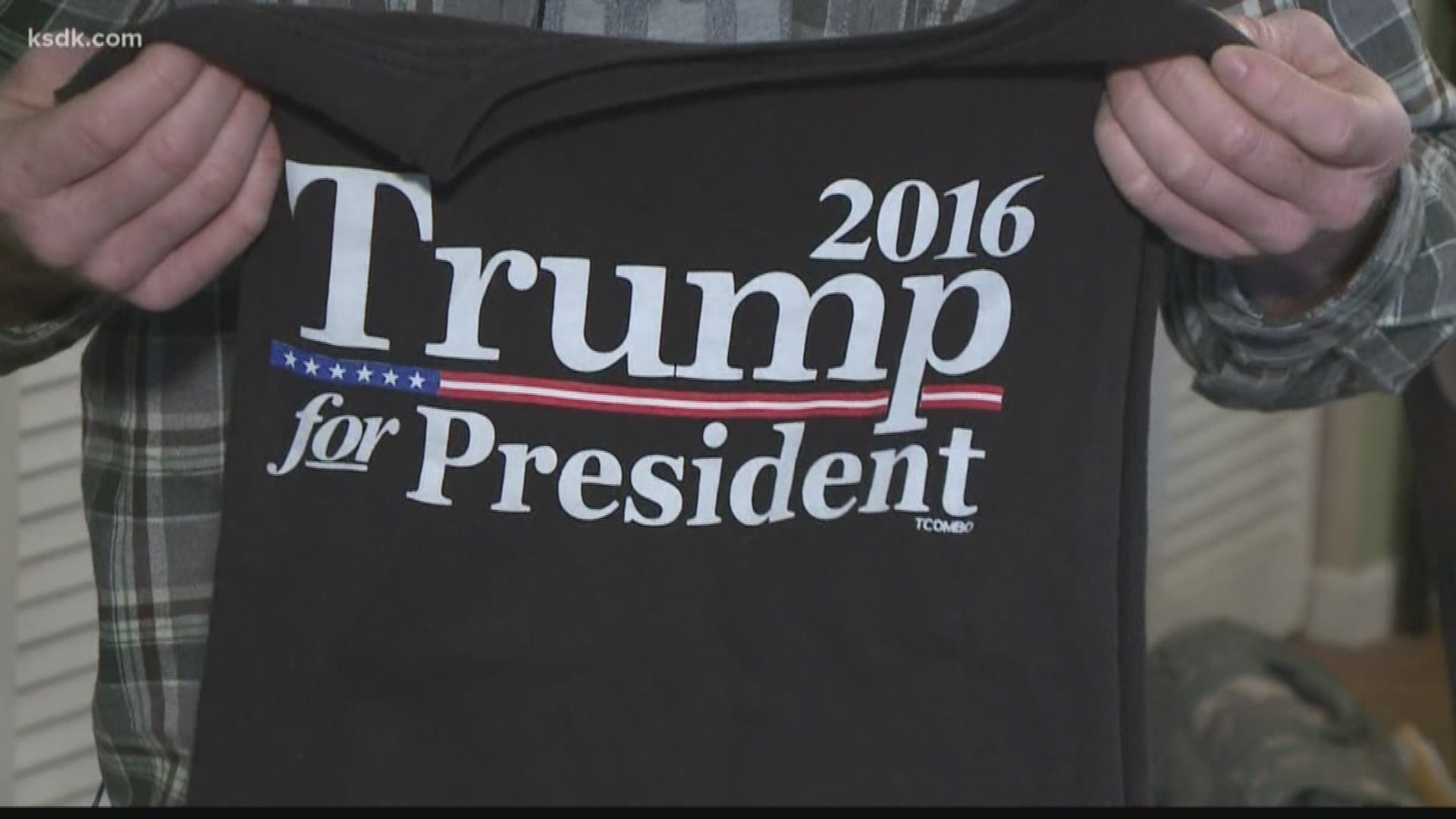 TROY, Mo. — Jake Talbot had been going to the same gym, CDY Fitness, for years. On Sunday, he decided to never go back.

“I'm not going to go back to an establishment like that,” he said.

He was working out, wearing a shirt that read, “2016 Trump for President”. He said the gym owner told him other gym members had expressed that the shirt was “racist” and “inappropriate”.

The gym owner, Liz Burke, said she did not ask Jake to leave or change his shirt. She said she asked that he not wear it again.

Talbot said he continued his workout and left the gym. Soon after, he posted a video on Facebook, explaining what happened. It’s been viewed several thousand times.

“It’s a free country. It’s what I fight for. I love this country, and I’m very patriotic,” Talbot said.

Talbot is a veteran.

“That's my commander in chief,” he said “He's doing a job and everyone needs to support him. I think he's doing a good job. I'm tired of the split, divide of the whole country.”

Burke did not want to do an interview, but she texted the following statement to 5 On Your Side:

"I have much respect for all of our service members. I regret that some were offended by this misunderstanding. I was simply attempting to ensure that all of my members felt safe and unthreatened."

Meanwhile, Talbot said he found another place to work out. His viral post got him a free membership at another gym.