You see them all over your TV, and probably online too - strongly worded political ads from both Senator Claire McCaskill and Missouri Attorney General Josh Hawley - hoping to sway your vote.But how many of their claims are true? 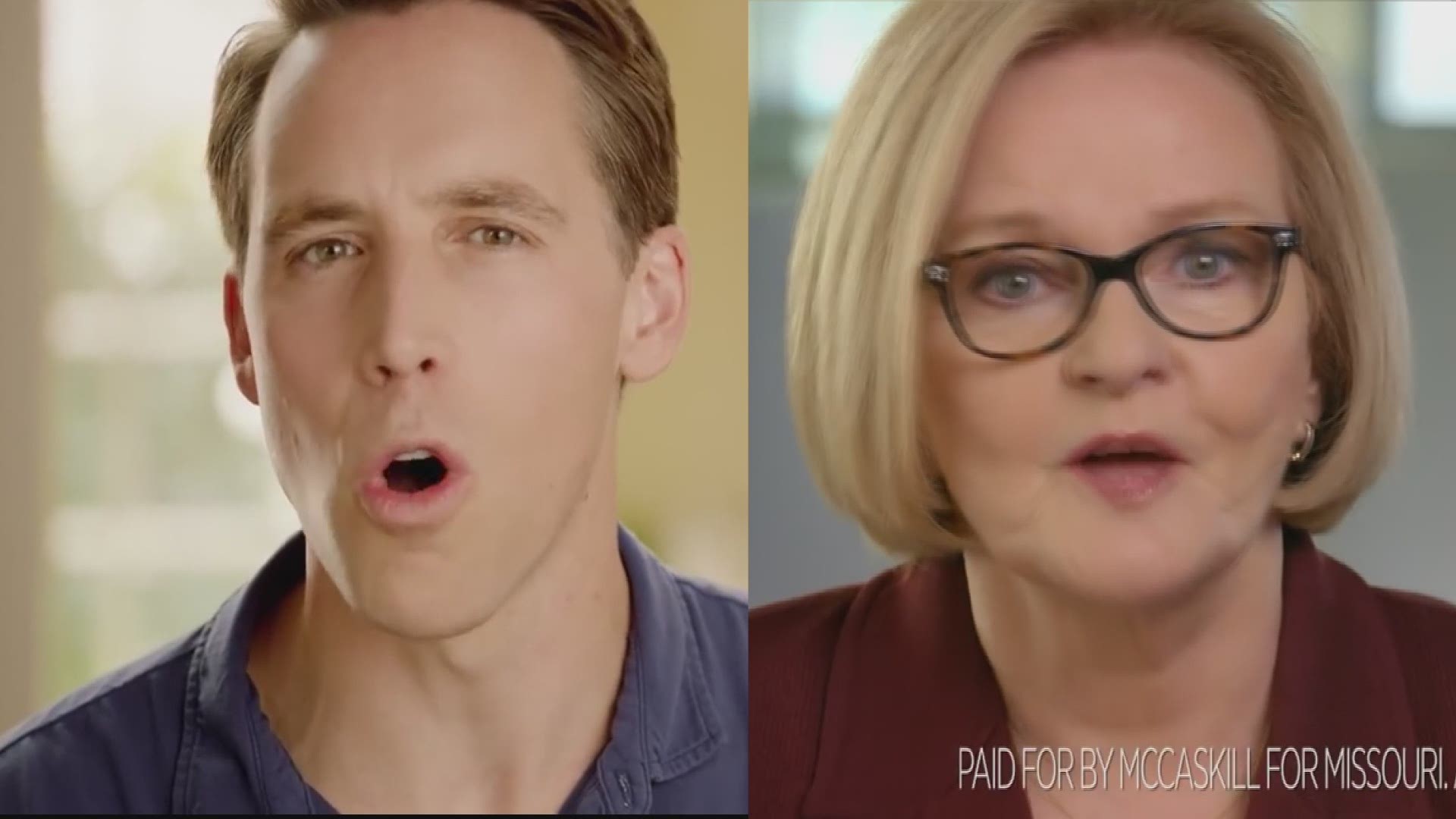 ST. LOUIS — You see them all over your TV, and probably online too - strongly worded political ads from both Senator Claire McCaskill and Missouri Attorney General Josh Hawley, hoping to sway your vote.

But how many of their claims are true?

Click here for a verify on Sen. McCaskill's ad on pre-existing condition.

"We've got two perfect little boys," Hawley says at the beginning of his ad.

He goes on to share that he understands the plight of those with pre-existing conditions because he deals with it within his own family.

"Earlier this year, we learned our oldest has a rare chronic disease. Pre-existing condition," Hawley says in the ad.

He then declares he's in favor of protecting patients like his son.

"I support forcing insurance companies to support all pre-existing conditions and Claire McCaskill knows it," Hawley says in the ad.

That claim is a bit nuanced.

Hawley certainly has a son with pre-existing conditions, but he's also one of several State's Attorney Generals who are currently suing the federal government over the Affordable Care Act.

"Yes, that lawsuit is Texas vs. US and it was filed in Texas by 20 Republican AGs and Governors and two individuals, and it challenges the constitutionality of the Affordable Care Act," said Sidney Watson, a professor that specializes on healthcare at SLU Law.

Watson said if the courts find the law to be unconstitutional, pre-existing conditions would no longer be protected.

"It would bring back the ability of insurance companies to shut out people who have pre-existing conditions," said Watson.

Watson said the lawsuit is still early into the process, but the plaintiffs have requested a quick resolution before 2019 ACA enrollment begins, so this could potentially move quickly.

If that ultimately happens, or the whole law is ruled unconstitutional - Hawley would have to turn to Congress, propose or support legislation protecting patients with pre-existing conditions, get both chambers and the President to sign off and then the law would go into effect.

In other words, it would be a multi-step process.

"You'd have to believe they'd get that through Congress," said Tim McBride, the director of the Center for Health, Economics and Policy at Washington University. "If you take him at his face value, saying I'm opposed to this then he's being honest but the question is, can he get that done politically?"

Josh Hawley's campaign tells us, he would support a new bill in Congress that's essentially a federal insurance guarantee to protect people with pre-existing conditions.

So we can, in principle, verify that Hawley supports protecting people with pre-exisiting conditions, however, his ad doesn't fully explain how that would happen or if it would have enough votes to pass through Congress.

Now here's where things get complicated.

5 On Your Side Political Analyst Dave Robertson points out, even if everything Josh Hawley says is true and they pass an insurance guarantee for pre-existing conditions, it would take years for that law to take effect.

That means, with Hawley's plan, those with pre-existing conditions could still go years without coverage if Obamacare is repealed immediately.

Related: Get ready for a record-breaking ballot in St. Louis County