"Low level, nonviolent offenders, we’re not going to be asking for cash bail, now if somebody doesn’t show up, that’s a different story now. They’re a flight risk because they’re not showing up for court," Bell said. 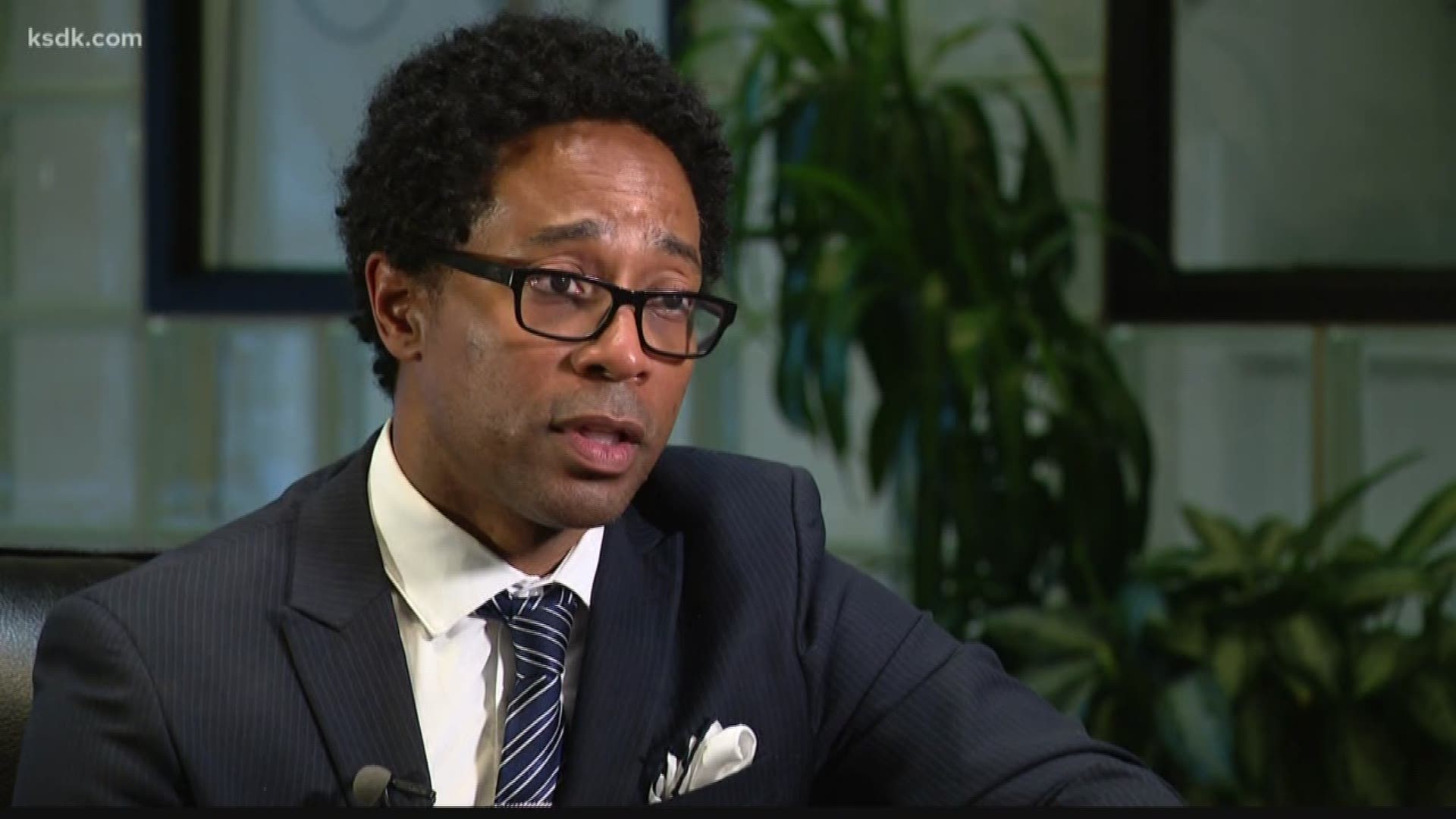 Next week will mark a milestone in the St. Louis County Prosecutor’s office. There will be a new man in charge for the first time in 27 years.

The incoming prosecutor Wesley Bell ran on a platform of reforms, but what can we expect on day one?

"Join us Chief, join a seat on the end," said Wesley Bell.

Ever since his primary victory over incumbent Bob McCulloch in August, Bell has been doing a lot of talking.

5 On Your Side had exclusive access in October, when Bell sat down with St. Louis County Police Chiefs, to talk about working together on some of the incoming prosecutor's key initiatives.

But according to Bell, he's done even more listening.

"For the last 27 years, we’ve had the same prosecutor so there’s reluctance with you coming in, but I think some of these meetings that you’ve had is taking that away," said Florissant Police Chief Tim Lowry, during the round-table.

One of those programs will be rapidly expanding diversionary programs for those struggling with addiction and mental health.

"A lot of them are directly, or indirectly related to drug use," Bell said to a meeting with Affinia Healthcare.

The concept of diversionary programs is to provide counseling and assistance, instead of just a prison sentence.

Bell hopes to partner with groups like Affinia Healthcare to do just that. He toured their facility this Fall.

Critics have insinuated that means Bell will be soft on crime. He says these types of programs will be focused on non-violent offenders.

"We have to treat the underlying cause," Bell said. "So we’re going to double down on our efforts to make sure these low-level offenders get the treatment they need so they don’t progress to violent crimes. We’re going to create less victims by doing this as well.

Bell said there will also be some low-level crimes he won't prosecute at all.

"Well ya know, misdemeanor marijuana cases that don’t involve violence or a victim or anything like that. Those are the crimes our office does not intend to emphasize," he says.

Bell also wants to overhaul the cash bail system. He says, long-term, he'll have to work with local judges and state lawmakers to rewrite laws, but on Jan. 1, he has the power to make a major change on his own.

"Low level, non violent offenders, we’re not going to be asking for cash bail, now if somebody doesn’t show up, that’s a different story now. They’re a flight risk because they’re not showing up for court," he said.

If nothing else, Bell wants to make sure he keeps his supporters happy, because they got him a seat to the table in the first place.

"I want to continue making them proud and most importantly, create a safer St. Louis," Bell said.

Bell will try to do this while keeping a majority of Bob McCulluch's prosecutors on staff.

He tells 5 On Your Side, he knows some prosecutors will leave, but predicts a majority will stay on.