Nearly four years after a drinking water health crisis in Flint, Michigan, some residents still don't believe the water is safe to drink. 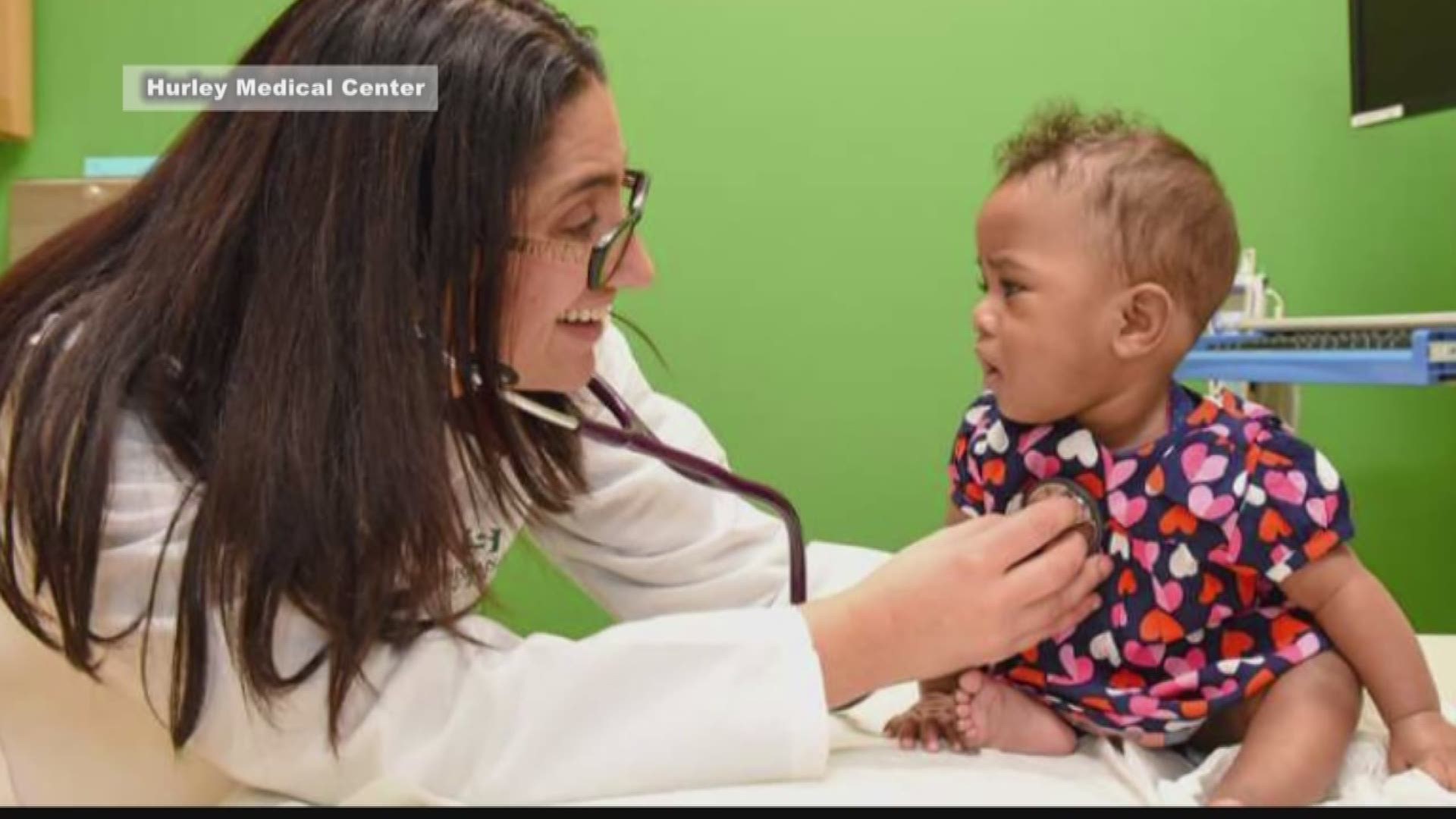 Fifteen Michigan officials have been indicted over the scandal. The lead contamination scandal is receiving new attention because a book tour is underway by Dr. Mona Hanna-Attisha, the pediatrician whistleblower who forced Flint officials to acknowledge a problem they insisted didn’t exist.

Dr. Hanna-Attisha recently visited St. Louis to promote “What The Eyes Don’t See”, the book that details why she became an activist and how she collected blood data that proved Flint children had been drinking water heavily contaminated with lead after Michigan Governor Rick Snyder replaced Flint’s clean water from Detroit with improperly treated water from the Flint River.

She spoke with 5 on Your Side’s Art Holliday during her visit to St. Louis.

Holliday: How is the book tour going?

Dr. Hanna-Attisha: So far so good. Oprah put it on her summer reading list which is phenomenal, and I’ve been to many different cities, many different communities and sharing the story. That was the whole point of the book, to share the larger messages that this is a story that’s beyond Flint. It’s about people and places and problems we choose not to see and it’s about the role all of us have in fighting back and being activists and creating better communities.

Holliday: When you saw that officials that obviously knew there was a problem weren’t taking action, your reaction was what?

Holliday: Talk a little bit about the health impact of high levels of lead in drinking water, especially for children.

Dr. Hanna-Attisha: Sure. So lead is a well-known, well-studied, irreversible neurotoxin. There is no safe level of lead in a child. It impacts cognition, how children think, and it impacts their behavior, how they act. Amazing science in the last few decades tells us that no child should be exposed to lead and now we even know that the lowest levels of exposure can cause the steepest decline in their neuro-development.

Holliday: Did you risk anything personally by doing what you did?

Dr. Hanna-Attisha: Absolutely. I risked my credibility, I risked the credibility of my profession, my institution, my hospital, my university. There was a lot at risk, but none of that mattered. The children mattered.

Holliday: St. Louis is a long way from Flint. What’s the takeaway for our viewers from what happened in Michigan?

Dr. Hanna-Attisha: So this book is not about Flint. It is about the deeper crises in our nation. A breakdown in democracy, environmental injustices, disrespect for science, which we see right now. But fundamentally the lack of our deep responsibility as members of this society to care and provide for each other. So the message of this book is bigger than Flint. It’s about how we can all play a role in protecting our children, especially our most vulnerable ones.