Workers unveil a secret on the anniversary of the Gateway Arch

It wasn't a secret when the Arch was built but most people who visit the Gateway Arch don't know something that the workers know. The piece of history at the top. 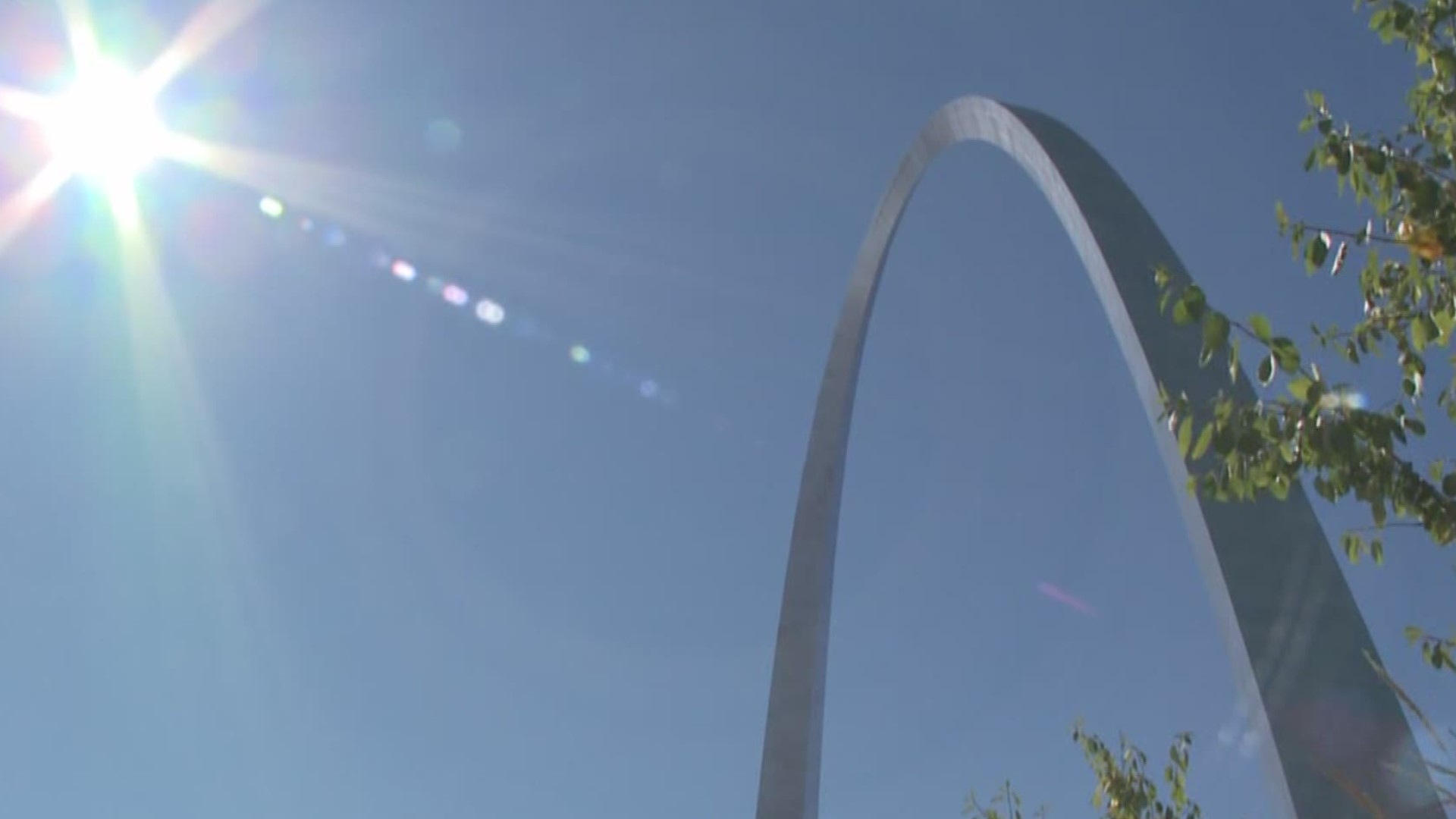 ST. LOUIS — It seems both flawless and timeless.

After more than 50 years, the Gateway Arch remains a triumph of human ingenuity.

And inside its new museum, its story has been restored.

"Having seen what it looked like before and now what they've done with it. They've done a wonderful job," said Gerald Rains.

► Get more news instantly. Download the 5 On Your Side App | iPhone or Android

The Arch belongs to all of us but it's a little more meaningful to Eldon Arteaga and Gerald Rains. They were here at the very beginning.

"It was a tremendous change for St. Louis because down here there was nothing but old buildings," Arteaga told us.

Eldon, now 82 didn't build the Arch but he documented those who did. Every day, he crawled up the catwalks with the ironworkers recording the progress with his Pacemaker Crown Graphic Camera. And he'd have to make every shot count.

"You could only take four pictures at a time," he said. "I could take another bag with a bunch of stuff but this camera only took four pictures."

It's not the pictures but the people he remembers most.

"What was neat about it was the closeness you had with the committee with the people on the job," said Arteaga. "The guys in the office and on the job got to know you because you were out there taking pictures."

"I was an x-ray technician and so we x-rayed the welds that held each section together," Rains told 5 On Your Side.

Every time another section of the Arch would be welded together, Gerald's x-rays helped to assure that the weld would hold. He worked at night and got some pretty good views.

"I had to get out of the way of the x-ray, the radiation and I would sit with one leg inside the arch and one leg outside the arch," Rains recalled.

What these men know that most people don't, is that a time capsule was welded to the top of the Arch. Inside, the signatures of more than 700,000 St. Louisans, including schoolchildren.

With the museum now renewed and revived, it's also a good time to remember--for our children and grandchildren.

"Oh yeah, they know all about the Arch. Every time someone mentions the Arch, 'My grandpa worked on that,'" laughed Arteaga.

A reminder that the tallest man-made monument in the Western Hemisphere was built with both steel and sweat.

"It was tremendous. It really was," added Arteaga.