She said her son was suspended from school for punching the boy, but it all could've been prevented.

LEADWOOD, Mo. — Margo Boyd says her son got suspended from school for punching another student after racial slurs were used towards him repeatedly.

"They were being called racial slurs and it's been ongoing at the school, nothing but racial slurs and I take it to the principal each and every time but nothing has been done," explained Boyd.

Boyd said her 13- and 14-year-old sons have been constantly bullied at West County Middle School in Leadwood since moving there in February, so she emailed the principal.

"Said this happened, please do something about it before the situation gets worse, and never got an email back from Mr. Coffman," explained Boyd.

She says the next day it got worse.

"He followed my son into the bathroom and in the bathroom it was both of them in there, and he continued to throw racial slurs at my son.  My son asked him to please stop steadily calling me the N-word. The boy refused to stop so my son asked him where do you want it in the face or chest? The boy said in my chest, so my son punched him one time in the chest," added Boyd.

This is the full statement from the West County R-IV School District: 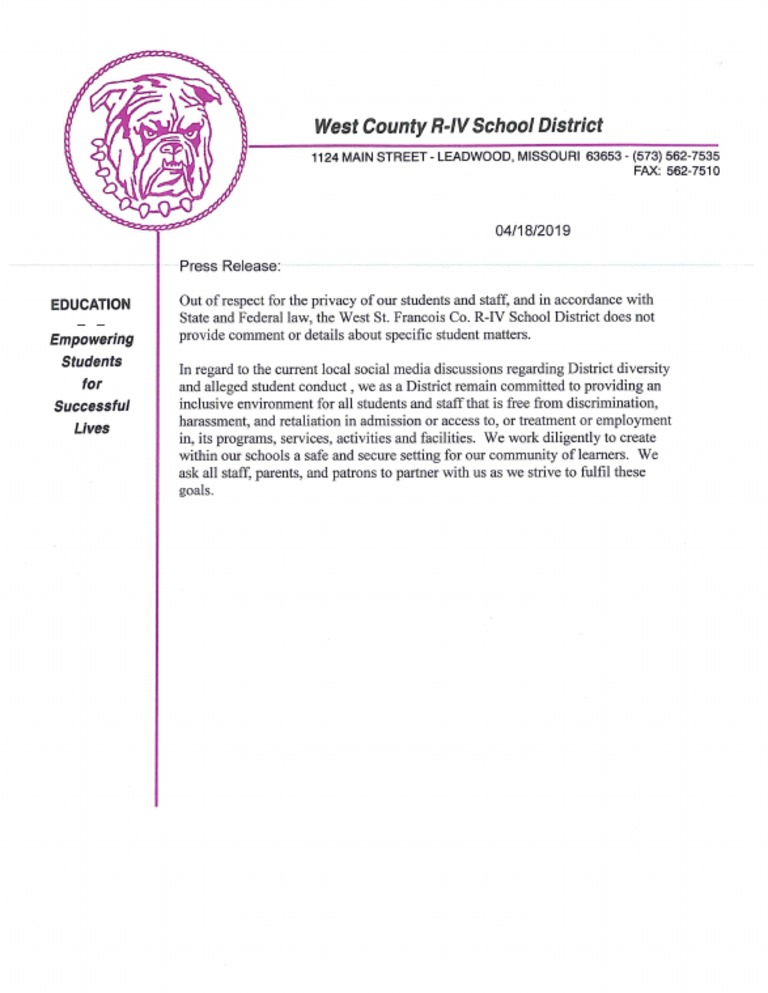 5 On Your Side at Noon