At least 121 people have gotten sick in 25 states. 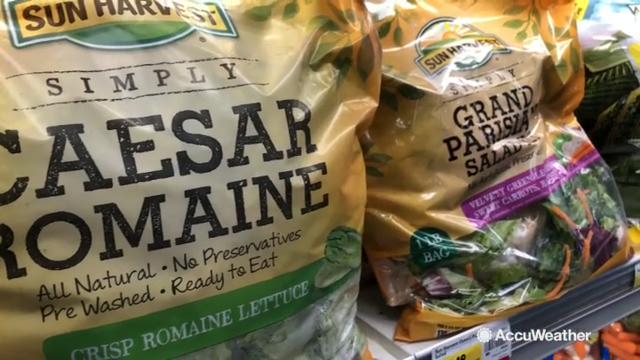 The weeks-long E. coli outbreak tied to romaine lettuce has killed one person and expanded to half of the U.S. states.

On Wednesday, the U.S. Centers for Disease Control and Prevention said 23 more cases were reported since Friday, bringing the total to 121.

The CDC provided no more information on the death in California. The California Department of Public Health, who is taking questions on the death, did not immediately answer a USA TODAY inquiry.

The outbreak, which started March 13, has Americans avoiding romaine from the Yuma, Ariz., region, the suspected culprit of the outbreak. The U.S. Food and Drug Administration, who is investigating the outbreak along with the CDC and individual states, said illnesses at an Alaska prison was tied to whole-head romaine from Yuma-based Harrison Farms.

The rest of the sicknesses aren't linked to Harrison Farms and investigators continue to probe the source of the chopped romaine lettuce causing the illness.

The CDC urges people not to eat romaine lettuce unless it can be confirmed it didn't come from the Yuma region.

Kentucky, Massachusetts and Utah were added to the list affected by the outbreak, bringing the total number of states to 25. California has the most number of cases with 24, followed by Pennsylvania with 20 and Idaho with 11.

The infections have hospitalized 52 people, including 14 who've received a type of kidney failure.

The E. coli spreading through the states is "toxin-producing," the CDC states — specifically a toxin known as Shiga. People get sick within two to eight days of swallowing the germ, which causes diarrhea, stomach cramps and vomiting. Although most recover in one week, it could lead to kidney failure.

To avoid E. coli, wash your hands regularly and thoroughly, cook meat completely, wash fruits and vegetables, avoid raw milk and don't prepare food when you're sick. If you find yourself sick, write down what you've eaten, contact your doctor and report your illness to your local health department.