"I couldn't stand to see that video. George Floyd told that officer he couldn't breathe. It was uncalled for," said Derk Brown 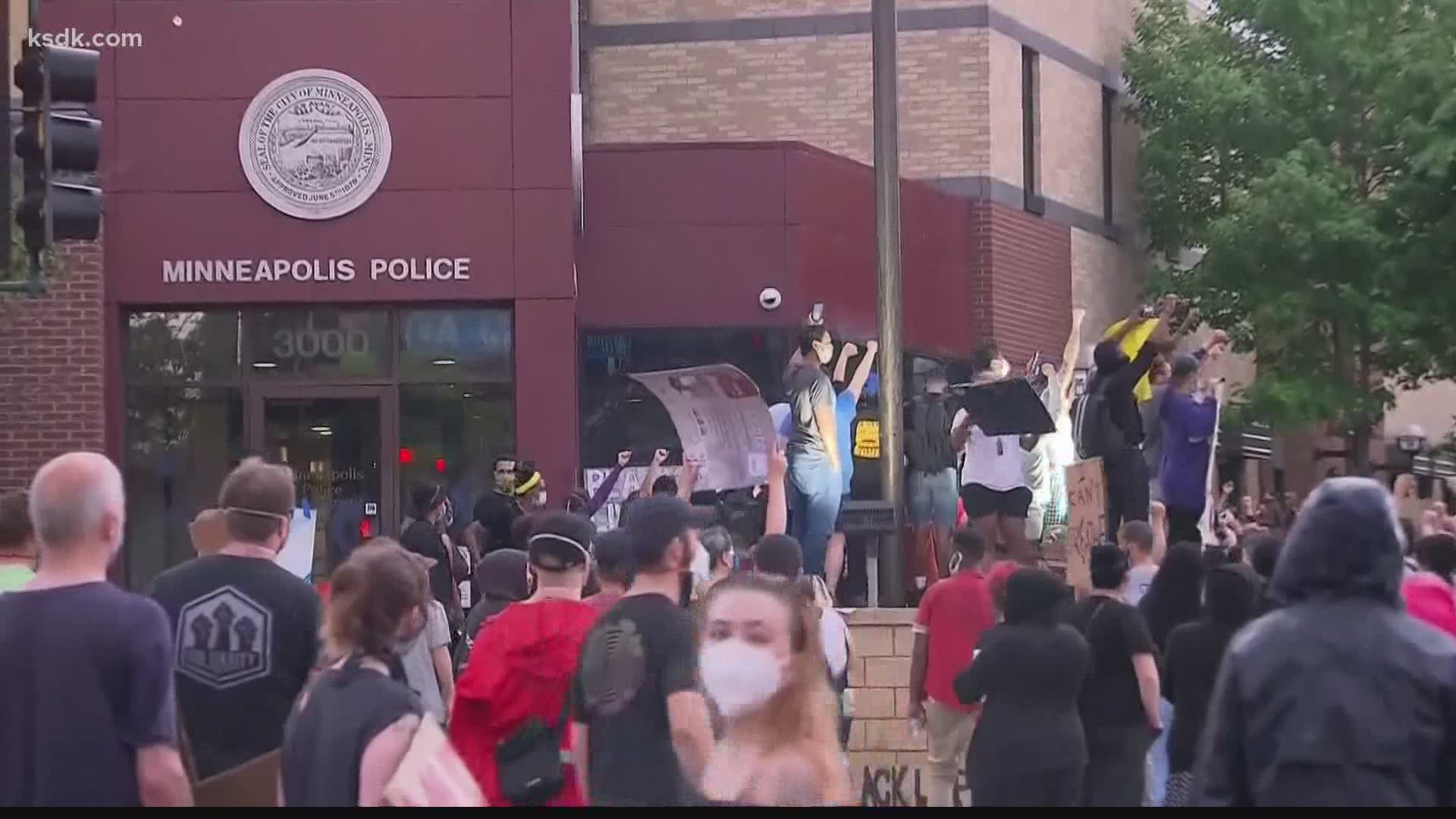 "I had to do it. This is important to me. Keeping everybody informed is the goal. We're out here with the people to demand justice," said Brown.

The 32-year-old community activist was among hundreds of protesters demanding justice for George Floyd.

"Yeah, like so many people, I saw the video. George Floyd said he couldn't breathe. The officer continues to have his knee on his back, on his neck and that was pretty much uncalled for," Brown said.

For Derk Brown, jetting off to Minneapolis was a top priority.

"You got to get the attention of the police, city officials, any anyone else if you want justice. It just flashes back to Ferguson," he recalled.

Brown's death sparked protests in the streets and clashes among protesters and riot-gear wearing police officers.

Violent scenes Brown said he saw play out on the streets of Minneapolis.

"It's kind of making things worse, all the tear gas and bottle throwing, but at the same time the protesters want justice," said Brown.

"We need both. We need the people that will raise awareness to be in the streets and make sure we pay attention to these issues and we also need to translate that energy into advocacy to change policies, to get different people elected," said David Dwight of the community group, Forward Through Ferguson.

Dwight later joined Forward Through Ferguson in hopes of channeling protests into laws against what he called police brutality.

"What happened to George Floyd doesn't surprise me, sadly, but it's still devastating every time we hear a new name," said Dwight.