The new law allows family members, guardians or police to file a petition with the court asking a judge to temporarily strip gun rights from people who show warning signs of violence. 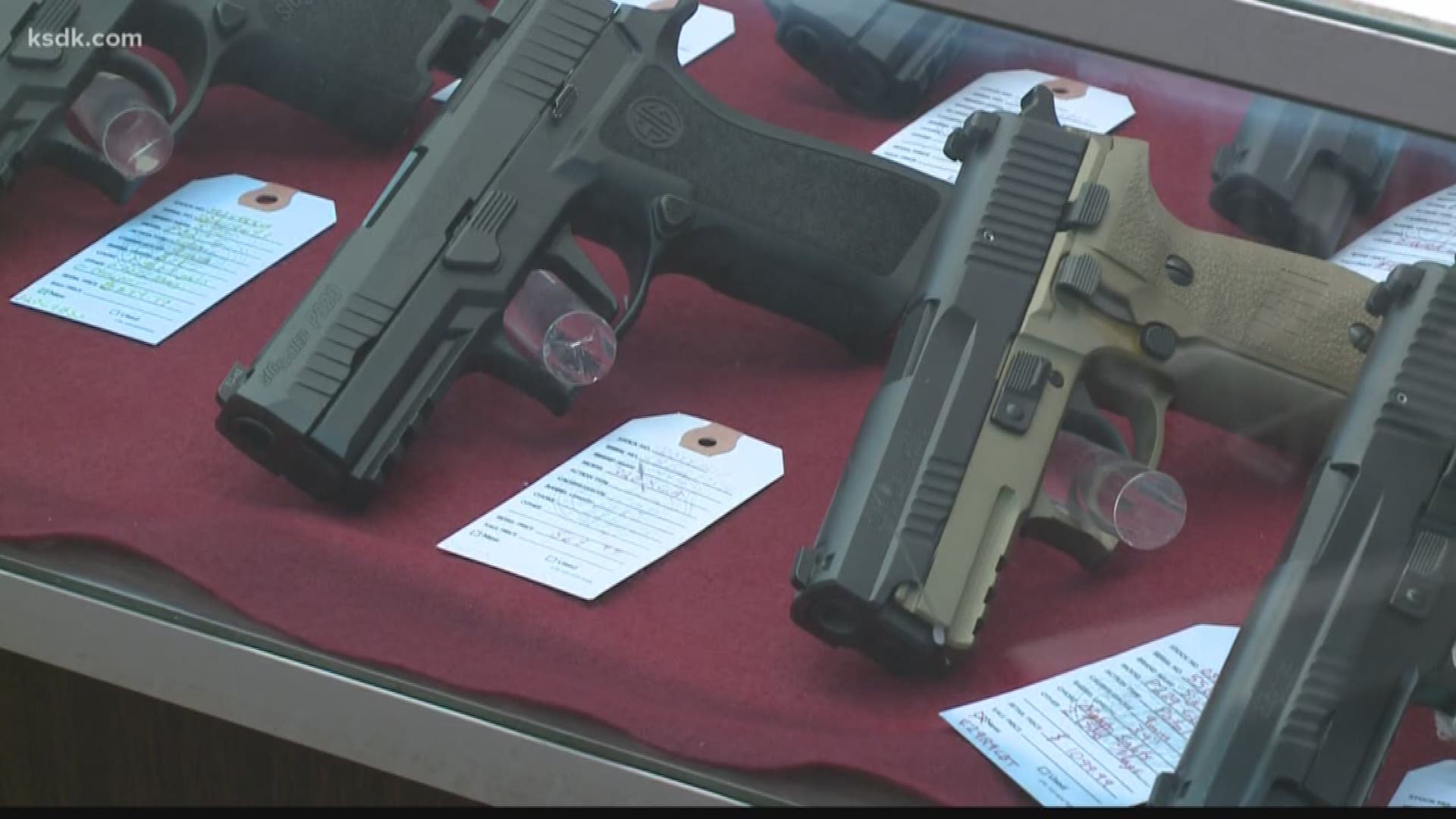 A controversial law will allow Illinois courts to remove your guns, if you may be a threat to yourself or to others.

The state has joined roughly a dozen other states with the adoption of a so-called "Red Flag" law, which allows firearms to be temporarily confiscated from people who a judge determines are dangerous.

It allows family members or police to ask a judge to temporarily take guns from a person they think could be dangerous.

“I think this law is good and I think Missouri should have this law," Sharon Webb, who lost a daughter to gun violence said.

It's been 18 years since Sharon last seen her daughter. In 2000, a man shot Cara Davenport in St. Louis County. No has ever been arrested for her brutal death.

"This is her graduating from the 6th grade," she said as she looked back on photos of her child. "We have to do something to stop these murders."

Sharon said since her daughter's murder she made it her goal to help other families dealing with tragedy. Nearly two decades ago, she joined families advocating safe streets, an organization aiming to prevent guns from getting into the wrong hands.

"We really do and we have to start somewhere," Sharon said.

It's also why she supports a controversial new law in neighboring Illinois. The new law allows family members, guardians or police to file a petition with the court asking a judge to temporarily strip gun rights from people who show warning signs of violence.

"I think it's a slippery slope that I don't think we want to go down that path," gun owner Steven King said.

He is against the law and thinks it could be used to unfairly strip away rights from people who have not been convicted of crimes or professionally evaluated for a mental illness.

"I think due process needs to be there. I think a police report written, a person needs to be charged," he said.

However, Sharon said the law could save lives by stopping some shootings and suicides.

"I think that's a good law. That law is exceptional," Sharon said.

While Steven understands there is a problem, he said he thinks the new law is not the answer.

"I hope that calmer heads prevail and I hope that the law enforcement and the judicial system uses common sense and applies this law where it’s really needed," he said.

The petition to take away guns is just the first step. Within a week of that being filed, there must be a hearing on whether to issue a full restraining order or not. If the judge decides to file the order, the person would have to stay away from guns for up to six months. Their gun license would also be suspended, and they wouldn't be able to buy a gun.

With the addition of Illinois, 13 states now have some kind of “red flag” law on the books. Eight states have enacted new gun laws since the mass shooting at Marjory Stoneman Douglas High School in February, which killed 17 people. Florida’s law went into effect in March, and Vermont, Maryland, Rhode Island, New Jersey, Delaware and Massachusetts later followed suit.