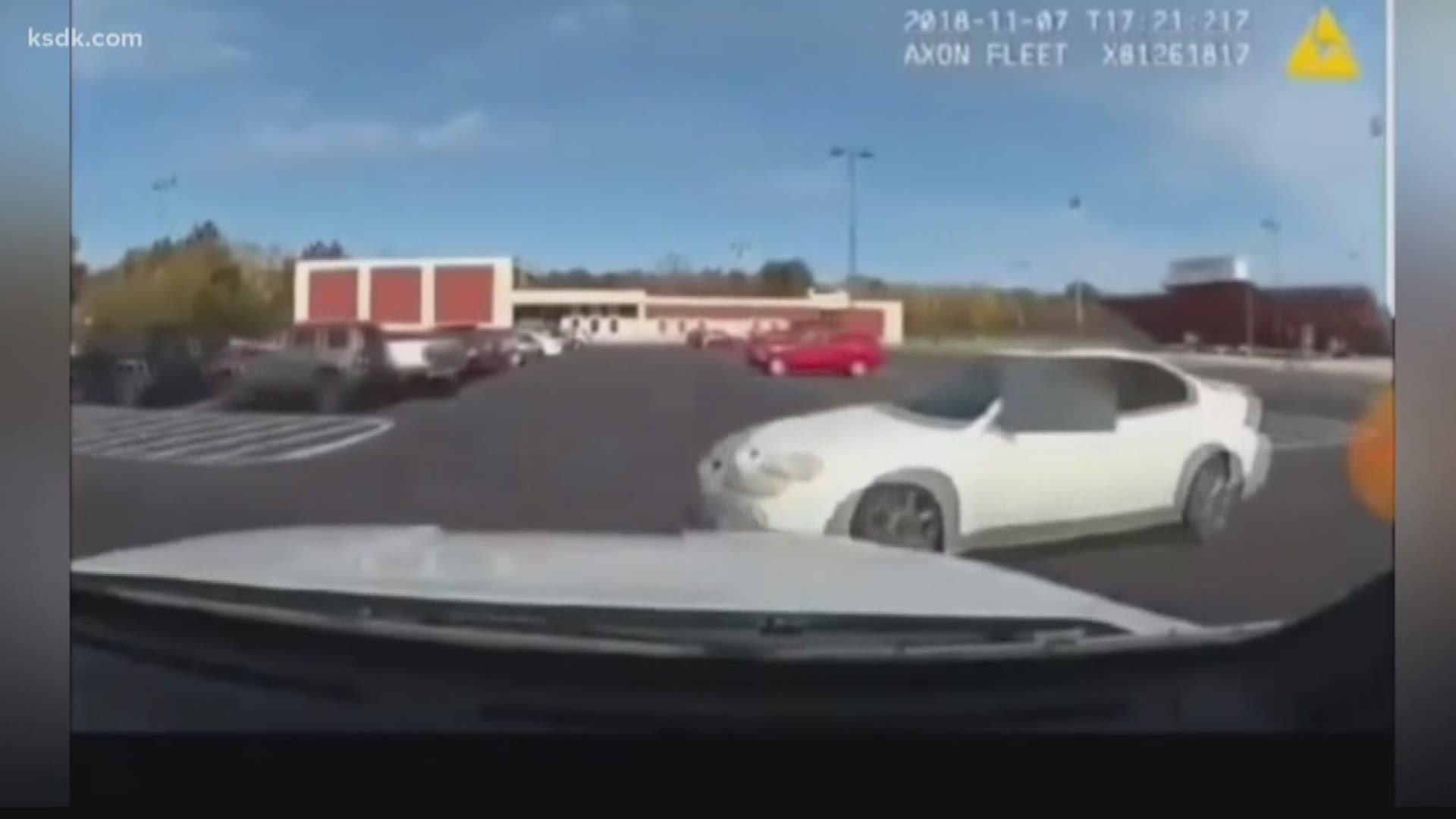 CENTRALIA, Ill. — A police officer driving in the Centralia High School parking lot T-boned a student, and police just released the dashcam video of the impact.

Centralia High school was on lockdown.

Several officers were inside the school investigating a bomb threat, while two officers were outside keeping watch, City of Centralia Police Chief Brian Atchison said.

The video is from inside one of those police cars.

"There's no sense in bringing anybody in or out,” the officer can be heard saying.

But he spots a car driving into the parking lot.

He takes off over the grass, gaining speed for nine seconds with no sign of stopping until he slams into the driver’s side of the car he spotted.

The driver of the car was a student coming back to campus from her internship. Chief Atchison said paramedics took the girl to the hospital. The officer was hurt, too.

Both of their cars were totaled, and two parked cars were damaged, the chief said.

The chief suspended the officer for one day without pay for driving too fast and not being in control of his car.

“At no time will officers drive in such a manner as to render the patrol vehicle uncontrollable,” the notice of suspension said.

The chief told 5 On Your Side the officer did not intentionally crash into the student. He said the officer was trying to catch up with the car, lost sight of it and didn't realize it had turned into his path.

The officer is now protesting his suspension. He's filed a grievance with the department, Athchison said.

The girl's family hired an attorney, and so far he has not returned our calls.