Madison County, Illinois, voters decided by a 2-to-1 margin Tuesday night that their county should be a gun sanctuary. 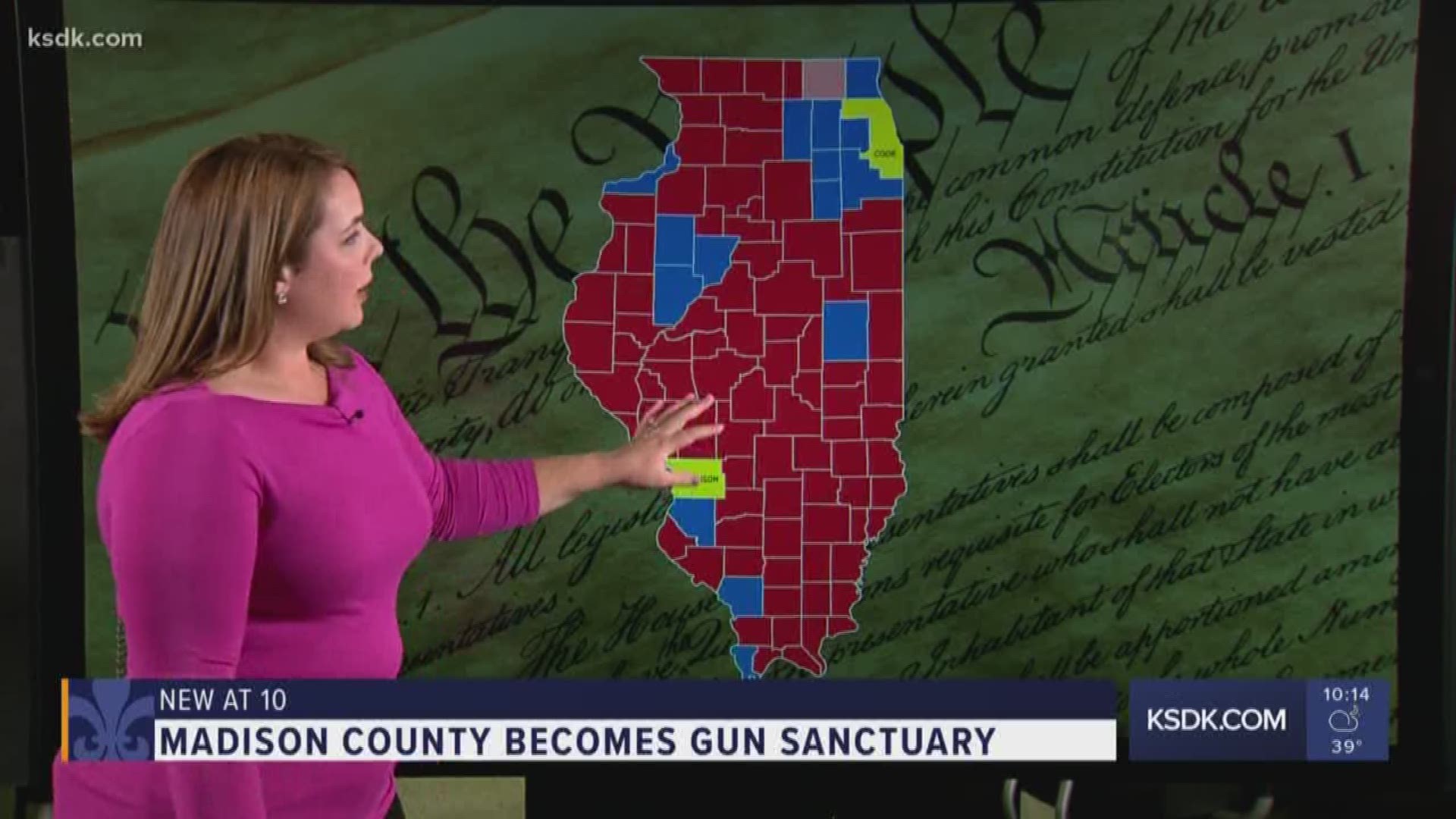 MADISON COUNTY, Ill. — Madison County, Illinois, voters decided by a 2-to-1 margin Tuesday night that their county should be a gun sanctuary.

“Shall Madison County become a sanctuary county for law-abiding gun owners to protect them from unconstitutional gun laws passed by the Illinois General Assembly?” was the question voters answered at the polls.

But what does that do? Not much.

The vote is not legally binding. It was designed for people to give their opinion and make a statement, Kurt Prenzler, chairman of the Madison County Board, said.

So counties down south, including Madison County, are passing resolutions and referendums to say they aren't going to accept any change to state law that they believe infringes on the Second Amendment.

They're sending a message here, and nothing more.