Constitutional Amendment 1, the so-called "Clean Missouri" proposal, aims to replace Missouri's system for drawing state legislative districts with a model designed to have the number of seats won by each party more closely reflect its statewide vote. 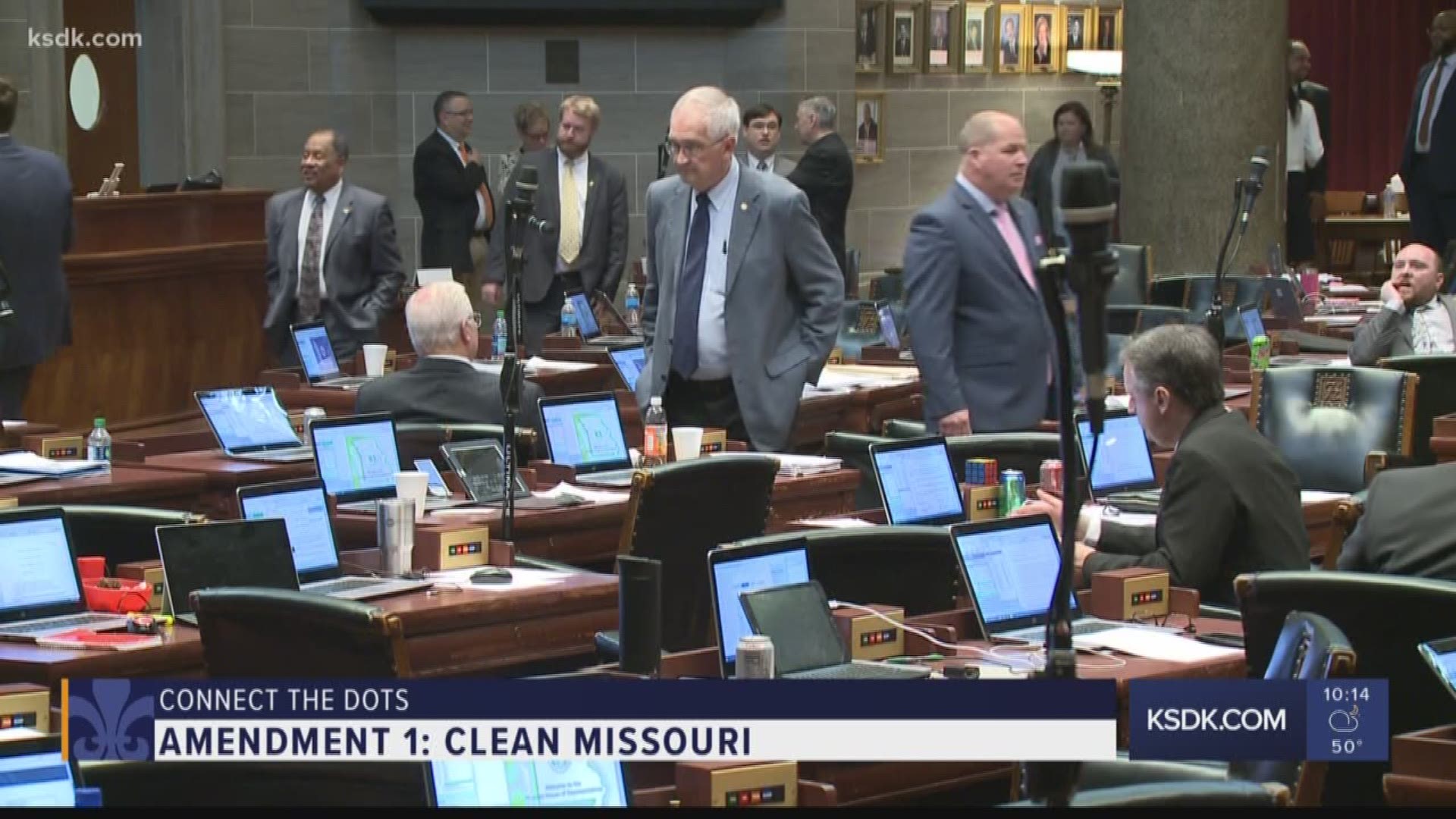 Missouri voters on Tuesday will consider a ballot measure that supporters say would make state government more ethical. Constitutional Amendment 1, the so-called "Clean Missouri" proposal, aims to replace Missouri's system for drawing state legislative districts with a model designed to have the number of seats won by each party more closely reflect its statewide vote.

Here are the key provisions of Amendment 1:

Currently, state House and Senate districts in Missouri are redrawn after each census by bipartisan commissions. Members are appointed by the governor from nominees submitted by the Democratic and Republican parties.

Amendment 1 would create a new position of nonpartisan state demographer who would propose maps to commissioners that reflect the parties' share of the statewide vote in previous elections for president, governor and U.S. senator. Criteria of "partisan fairness" and "competitiveness" would outrank more traditional criteria such as geographically compact districts.

The ballot proposal would prohibit lawmakers from accepting gifts worth more than $5 from lobbyists. It would require lawmakers to wait two years after the end of their last term before becoming lobbyists.

Amendment 1 would make lawmakers subject to the state open-records law. It would prohibit legislative candidates from raising political money on state property.

Campaign contribution limits for legislative candidates would be lowered slightly, from the current $2,600 for all candidates to $2,500 for Senate candidates and $2,000 for House candidates.

Backers of the proposal say the goal is to prevent partisan gerrymandering, and Missouri isn't alone in seeking to reform the process. Measures also are on the ballot in Colorado, Michigan and Utah, though each state's details vary. However, each has received funding from a little-known organization bankrolled by a Texas billionaire couple, John and Laura Arnold. Their Action Now group has poured $7.7 million into the redistricting campaigns, accounting for one of every four dollars raised by groups backing the ballot measures, according to an analysis by The Associated Press.

The enhanced attention to the drawing of legislative district lines comes as Democrats and Republicans alike are trying to position themselves to take charge of the task after the 2020 Census.

The campaign for the Missouri initiative is run by a Democratic consultant and has received money from groups that typically back Democrats, including a $250,000 donation from billionaire and progressive activist George Soros through the lobbying arm of Soros' philanthropic network. That, and support from groups representing labor, teachers, abortion-rights and other left-leaning causes has led some Republicans to cast Clean Missouri as a partisan effort to help Democrats gain ground against GOP supermajorities in the House and Senate.

A state judge agreed, but a panel of the Western District Court of Appeals ruled in September that the "multiple provisions all relate to a single central purpose: regulating the legislature to limit the influence of partisan or other special interests."

The initiative was opposed in court by the president of the Missouri Chamber of Commerce and Industry and a Republican voter who was represented by the law firm of Missouri Republican Party Chairman Todd Graves. Graves said voters may believe they're voting for ethics reform, but they're really considering "a radical change in the way that we draw legislative districts."