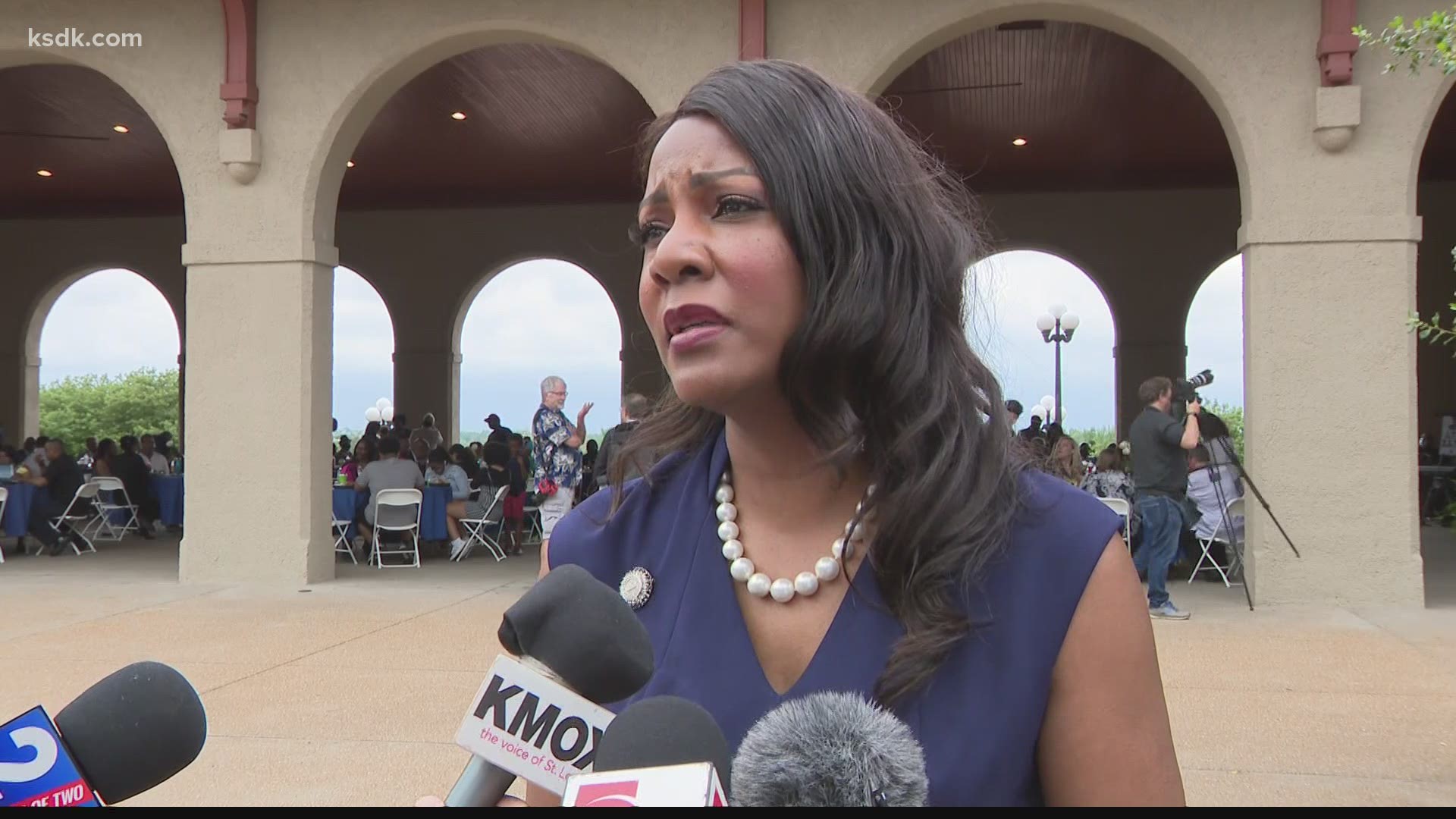 But Schroer says any move to defund the police could affect all of Missouri, so he wants this issue blocked by the legislature.

RELATED: O'Fallon Republican wants to stop any 'defunding' of police in St. Louis

Mayor @QuintonLucasKC and I are committed to addressing the real solutions that reduce crime. Any other leader interested in the same has an open invitation to join us.

Read our statement below, or in full text at https://t.co/QIuaGHJxVg. pic.twitter.com/GVO36dsj2N

"We must ensure that the life, liberty and the pursuit of happiness are enjoyed by all in our state. If we are allowed to defund the police in Kansas City or St. Louis, we have failed at both of those tasks," Schroer said at a Wednesday morning press conference.

Schroer joined fellow Republicans at the St. Louis police union hall at noon to push for this special session, saying it's in the state's best interests to block Jones' budget changes.

"For companies looking to construct a new location or expand in our state, they first have to consider the safety of their facility and the safety of their workforce. With all of these reports of out-of-control crime, it has become abundantly clear that it is difficult now to attract new businesses and your investments to our state," Schroer said.

But Republican Gov. Mike Parson tweeted just one hour before about the state's current economic success, including the statistic as "10th in the U.S. for new business expansion."

And the state's biggest Fortune 500 company, Centene, recently threatened to leave the state when the legislature — and governor — failed to act on voter-approved Medicaid expansion.

RELATED: 'Why am I in this state?': Centene CEO threatens to leave Missouri over Medicaid expansion

"I would invite those lawmakers to come down to North St. Louis and to propose solutions, because while Rep. Schroer is chasing clout, I'm chasing solutions," Jones said.

Speaking at a memorial for former police officer David Dorn, who was killed in a pawn-store looting during protests one year ago, Jones said the budget changes have the backing of the police chief.

"This helps him and his officers make sure that they are doing the work that they were trained in our academies to do," Jones said.

A representative for Parson's office said they have not made any decisions on potential special sessions.