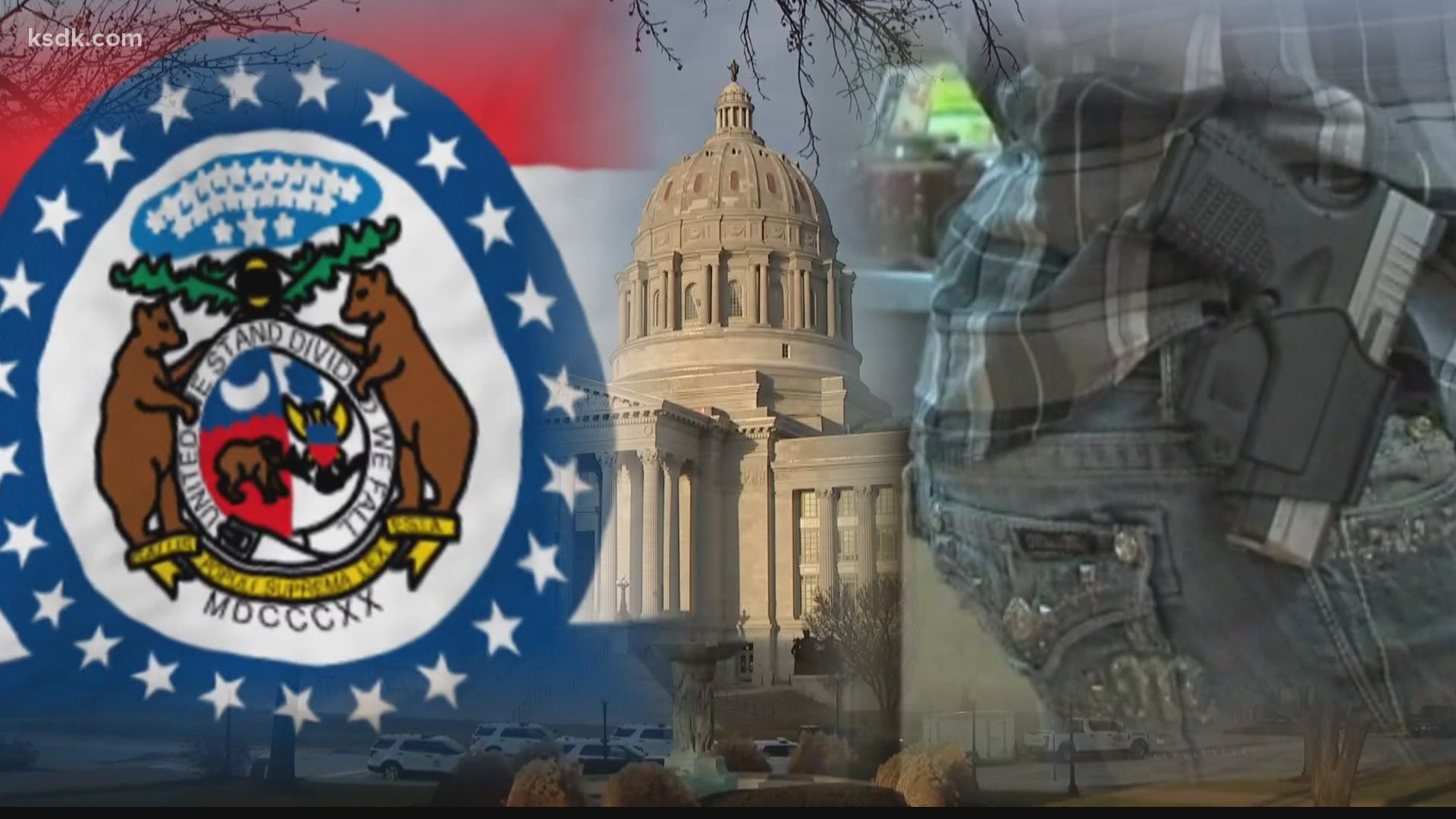 The group would be made up of volunteer lawful gun owners who could be called up by the governor in a “Civilization Threatening Event” Sen. Bill White, author of the bill said. They would act as extra boots on the ground to support law enforcement or other government entities in a time of crisis.

This is not a militia, White said. Volunteers would be required to bring their own weapons, ammunition and supplies, making them property of Missouri. This will protect them from seizures from the federal government if that scenario arises.

The minutemen will be called up and at the governor’s command if three-fourths of the legislative body approves. White said it would take bi-partisan support.

According to the bill summary, the list of enrolled volunteers would not be public.

"The list of enrolled minutemen with the Department is not subject to disclosure under law and shall not be shared or disseminated," the summary said.

Peter Lucier with Everytown For Gun Safety said this is a bad bill.

"The problem isn't this bill which is going nowhere, the problem is rising extremism in this country," he said. "Not only is it a distraction from those common-sense solutions, but it's a nod towards extremists in our community and I don't think the government should be in the business of that."

The St. Louis marine veteran said the thought of a militia with no formal uniforms, communication, training or direction gives him flashbacks to the insurrection on Jan. 6 in Washington D.C.

Lucier recommends teaching firearms safety or helping educate the community are better ways to protect civil liberties. Due to the lack of organization and training, Lucier said he fears the group won't be effective in an emergency.