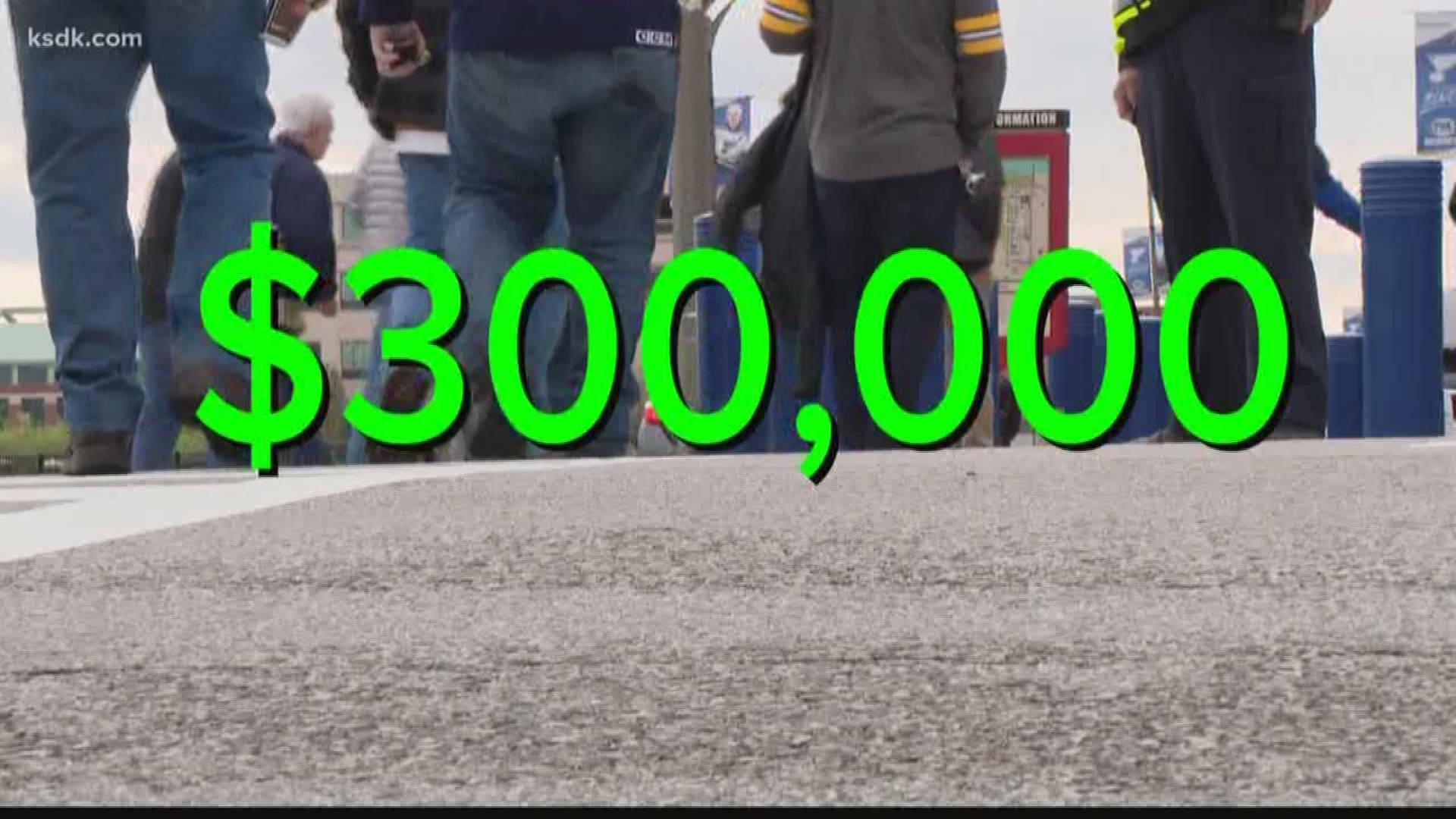 ST. LOUIS — You may not know the words to "Gloria", the unofficial, official anthem of a St. Louis Blues win. You may not even care about the games.

However, when St. Louis is painted blue, downtown businesses and the city itself sees green.

"There’s usually a line out the door. We usually fill up," says Jennifer Kapper, the Assistant General Manager at The Note.

That should come as no surprise to bars like The Note in Downtown. They ebb and flow based off what’s playing at Enterprise Center.

"Business has just been crazy good," Kapper said. "We get excited any game — home, away — we’re slammed."

But the success of The Note is hitting high marks for the city of St. Louis, too.

Board of Alderman President Lewis Reed was one of the main voices calling for major renovations to the then-Scottrade Center.

The city spent $64 million through credit bonds to make it new and improved.

"Very well spent when you look at the return on investment so far," he said.

That adds up to more than $4 million so far for the entire season.

So where is that money going?

A majority goes towards paying off that $64 million price tag for renovations, but Reed said additional revenue will go towards public safety projects that will make St. Louisans safe.

There are still critics of the renovation project, saying the Blues could be making a playoff push regardless of what kind of arena sits on Clark.

So what was Reed's response to that?

"Even if they had a big playoff push, we would not have had the US Olympic trials which is a 20-30-million-dollar impact," Reed said.

But with the NHL All-Star Game coming next January, the Olympic Gymnastic Team Trials the year after and scores of concerts in between, the city and Downtown businesses have plenty of reasons to sing Gloria.

RELATED: Teams for 2020 Olympic Games in Tokyo for men’s and women’s gymnastics will be named at the Enterprise Center