In the police department post responding to the video, the department said the video was the end of a chase that went through multiple jurisdictions. 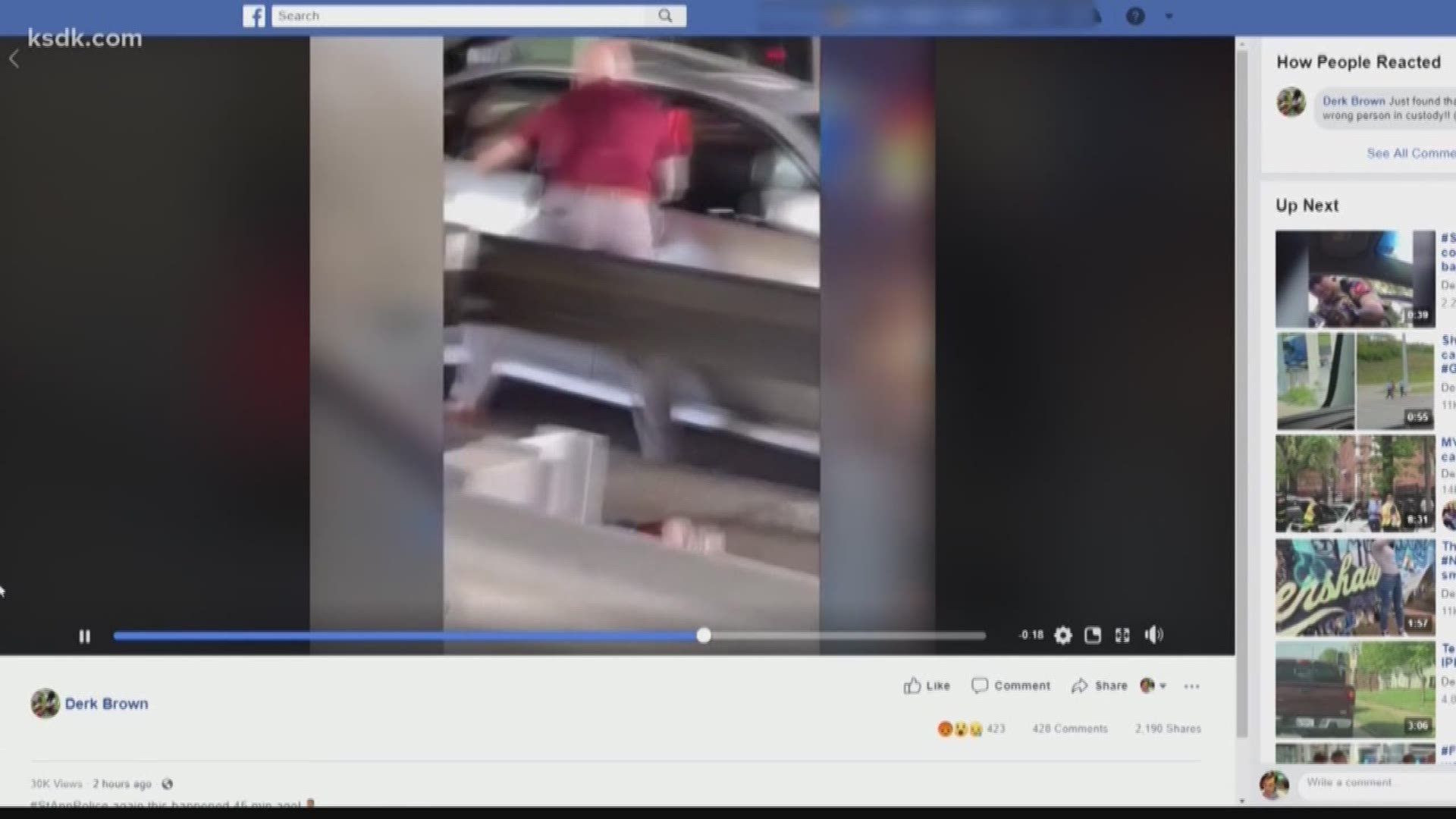 ST ANN, Mo. — A video circulating on social media shows a St. Ann detective break a car window and pull a suspect from the passenger seat after a chase Tuesday afternoon.

The video shows the passenger of the car with his hands up while a detective in a red shirt breaks the window with his forearm. He then pulls the man out of the car by his shirt and puts him in handcuffs.

The St. Ann Police Department addressed the video in a Facebook post on the St. Ann Neighborhood Watch page, which is run by a member of the police department and is regularly used to make statements.

In the post, the department said the video was the end of a chase that went through multiple jurisdictions.

Chief Aaron Jiminez said the video was short and didn't show moments leading up to the recording that made officers think there may be a weapon under his seat.

"He was reaching underneath his seat.," Jiminez said. "We know now he had crack pipes and other drugs on him."

Derek Laney with the Coalition Against Police Crimes and Repression said he's concerned the detective used excessive force and questions the chief's statements about reaching under the seat.

"It's been our experience that cops -- like all other people -- can and do tell lies to protect themselves from wrongdoing," Laney said.

The man recording the video yelled that the arrest was abuse, but Jiminez says he was on scene and knows the man wasn't kicked or punched.

"At no point was there any abuse on the part of police regardless of what the person driving by, videotaping the incident and screaming that it was 'abuse.'" the St. Ann Neighborhood Watch post said.

The Facebook post said the fleeing car was the only one involved in a crash. It also said no one was injured in the incident.

Jiminez said the officer did receive three stitches on his arm.