Announced last month, Six Flags St. Louis received 45,229 applications from around the country to take part in the grandiose challenge. 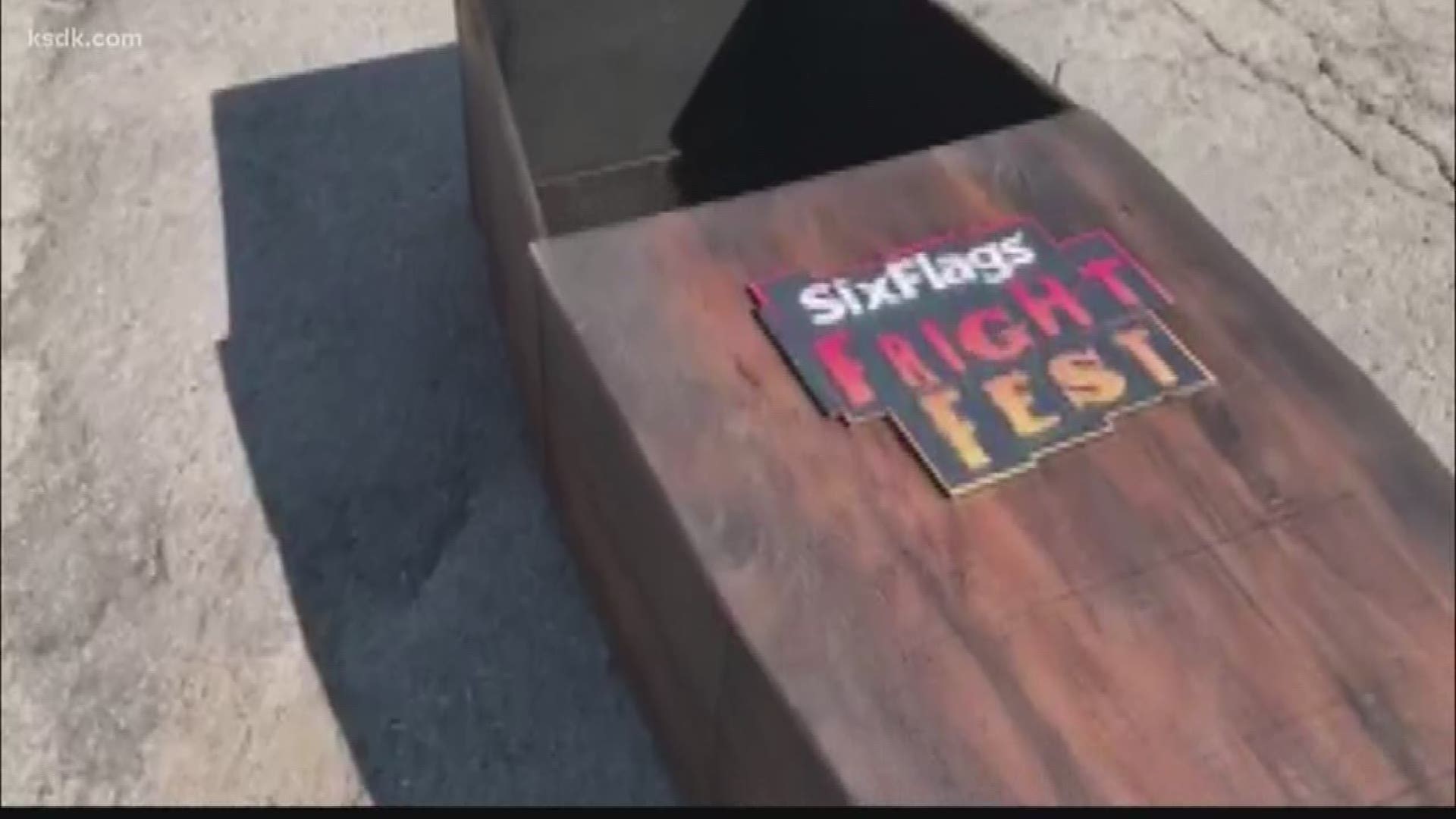 EUREKA, Mo. — And then there were six.

The spookiest day of the end-of-year holiday season is nearly upon us, and a handful of fearless ghouls hopes an extended stay in a coffin will gift them some unforgettable payoff. This weekend, six people — coined as Coffin Dwellers — will aim to spend 30 hours inside of their own coffin at Six Flags St. Louis, a daunting task as part of their annual Fright Fest festivities. 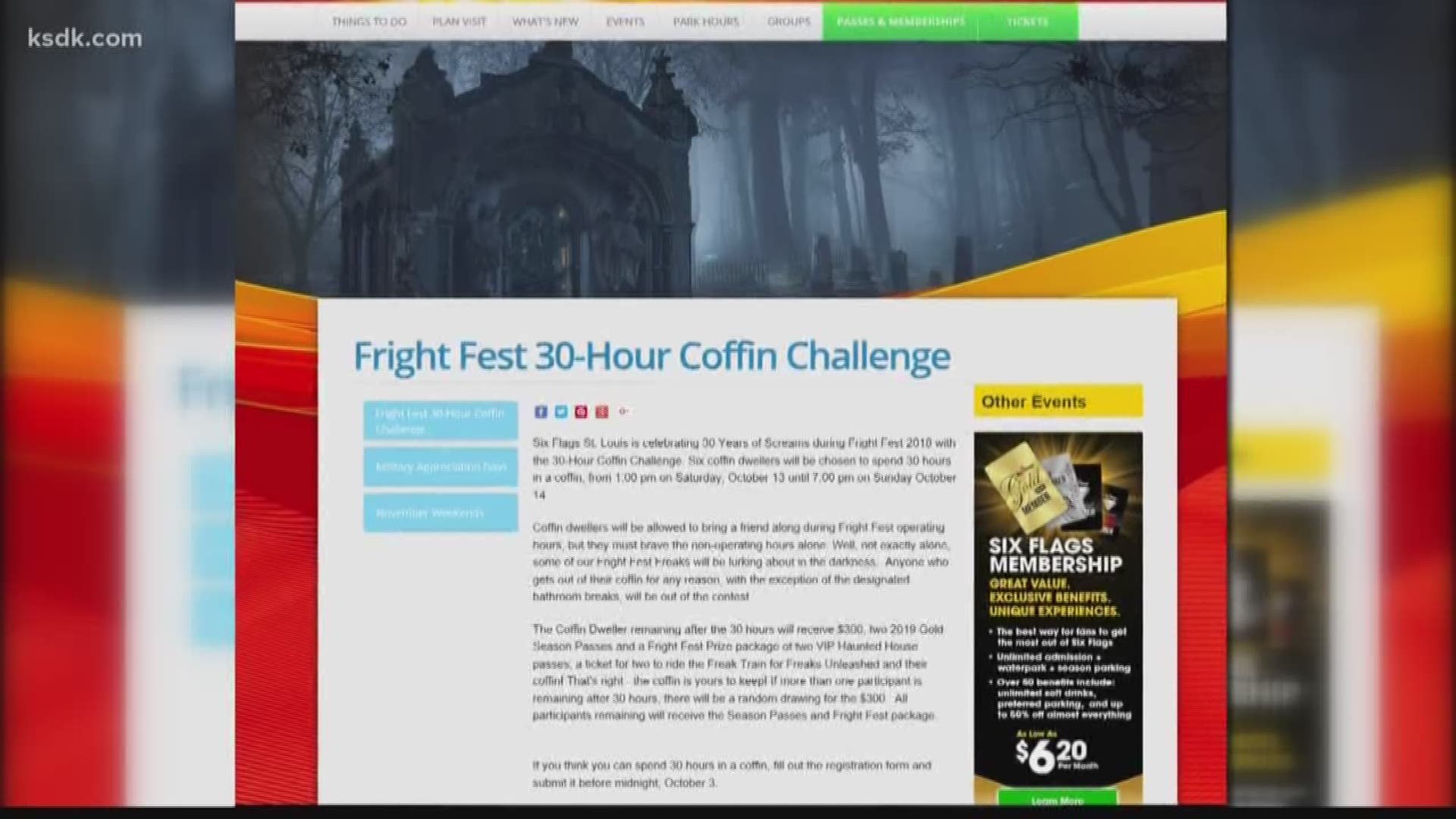 Announced last month, Six Flags St. Louis received 45,229 applications from around the country to take part in the grandiose challenge. Of those 45,000, the final six were selected and announced late Wednesday night. The six finalists were described as the following:

Each of the contestants will be allowed a six-minute bathroom break each hour, limited cell phone usage, meals in their coffins and "unannounced visits" from various Fright Fest freaks during their 30-hour stay. Those who successfully stay-in-place for the allotted time will receive $300, two 2019 Gold Season Passes, two VIP Haunted House passes, and two seats on the Fright Fest Freak Train. Oh, and they get to keep their coffins, too.

The contest will begin at 1 p.m. Saturday and conclude at 7 p.m. Sunday. Godspeed, you brave souls.