Frank Cusumano takes us inside the special bond between a father and son on Father's Day. 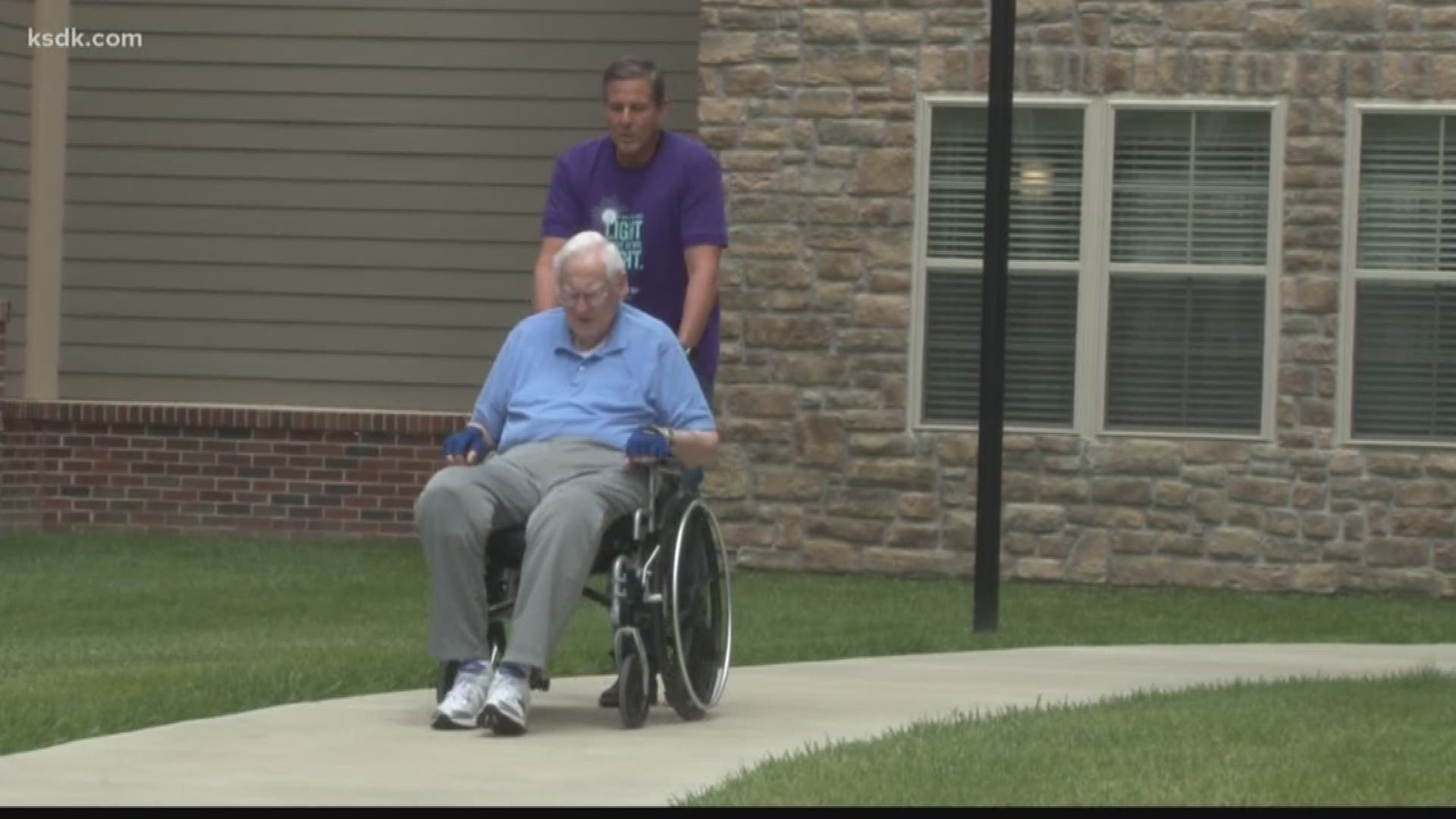 ST. LOUIS — It’s a baseball that has bonded a father and a son.

And it's a disease that the father has had to endure, and the son is doing everything to help.

Frank Cusumano gave us a look inside the Schneider family's special story.

Sports are often a great connection between fathers and sons, and two St. Louisans shared that connection on Sunday.

John Schneider enjoyed a typical Father's Day with his 88-year-old father Auggie on Sunday with a stroll on the patio and brunch at the Boulevard.

The two are ever to close and their relationship was threaded through baseball.

John always loved playing but Auggie was in the hotel and restaurant business so the hours were often long.

On July 31, 1989, John caught a ball in the stands when the Cardinals were playing the Mets.

He signed the back of the ball with a note to his dad to remind him about that day and the special bond that they have.

Auggie was diagnosed with Alzheimer's 15-years-ago and John has become extremely active in Alzheimer's research ever since.

He participates in all of the Alzheimer's events including the research study at Washington University in St. Louis.

John even threw out the first pitch at a Cardinals game but using the ball that he and his father have shared all these years.

John would do anything to find a cure for the disease his father has and nearly 6 million other people have nation wide.