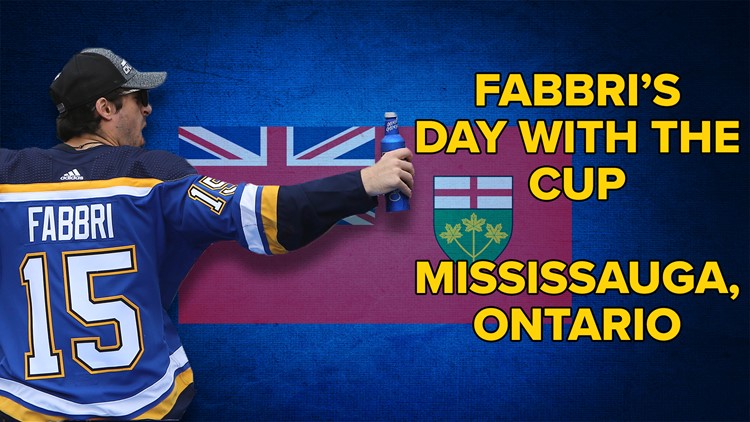 The Stanley Cup summer is rolling on for the Blues up in Canada.

On Monday, Blues forward Robby Fabbri took his day with the Cup up in his home town of Mississauga, Ontario.

Fabbri first took the Cup to the home of one of his former youth teams, the Mississauga Rebels, and posed with the most famous trophy in sports in front of the Rebels' trophy case.

Fabbri also made the Cup a central piece of a feast with his family and friends later in the day. The Blues posted a few videos of Fabbri and his loved ones eating pasta out of the cup, including some of the family's dogs. On a scale of one to Lady and the Tramp, we'll give it a 7.

Fabbri also made his way to the hospital on Monday, brightening up the day for some of the patients there.

RELATED: The most adorable photo of this Stanley Cup Summer has arrived!