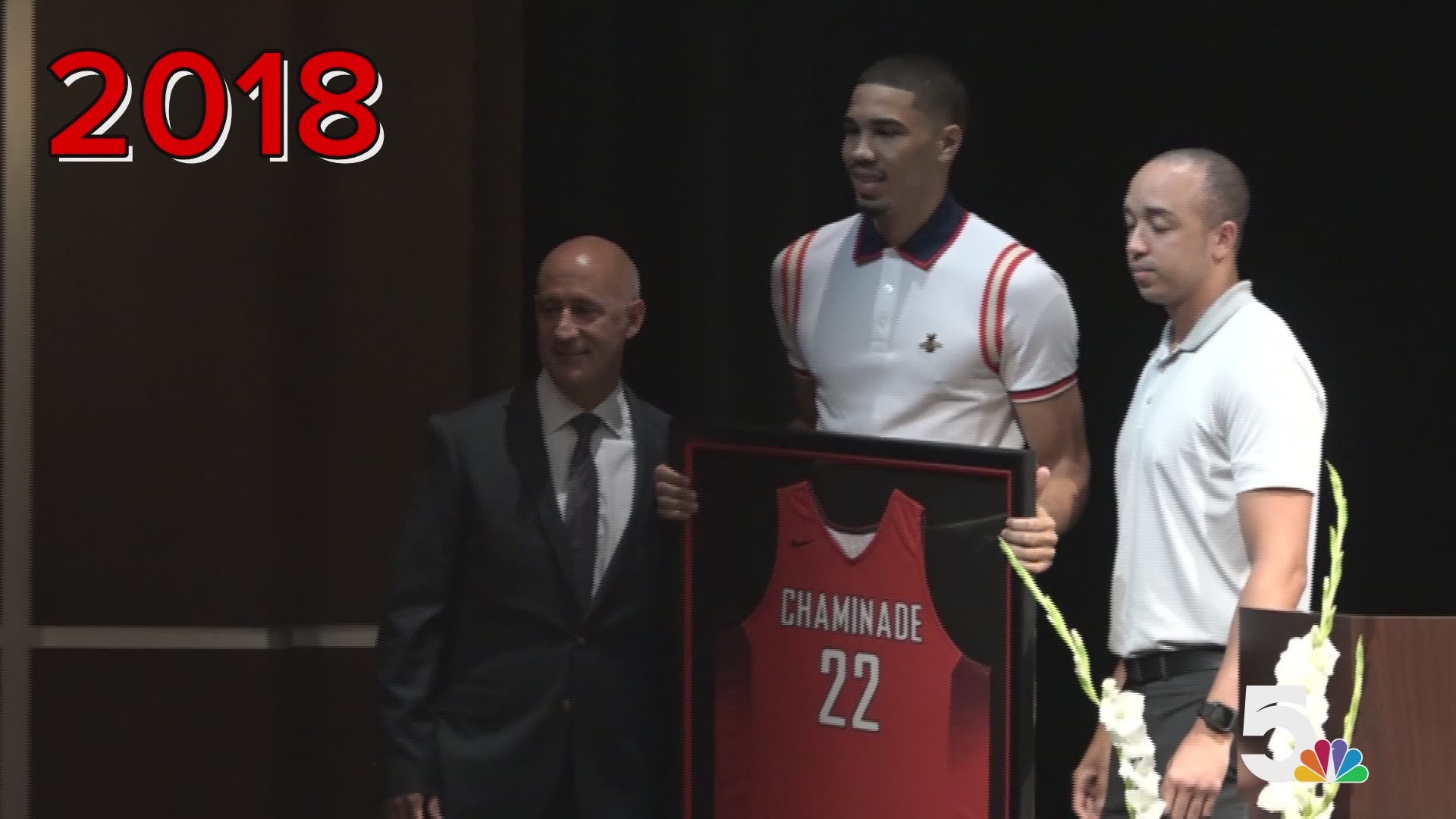 ST. LOUIS — St. Louis will be well represented at this year's NBA All-Star game in Atlanta.

On Tuesday, the reserve players for each conference were announced, and Celtics star Jayson Tatum is an All-Star for the second straight season.

Tatum joins fellow Chaminade alum and Wizards guard Bradley Beal as an All-Star in 2021. Beal is a two-time All-Star himself, but was snubbed from the team last year.

Jayson Tatum is a 2021 #NBAAllStar pic.twitter.com/Qgtg7r9v5b

Lakers forward LeBron James and Nets forward Kevin Durant are captains for this year's game, and will draft their teams next week with rosters revealed on March 4. The All-Star Game is on March 7.