Mike Harris is just one senior Baseball Forever League member to have his knees replaced in order to stay on the diamond, proving yet again that to St. Louis natives, baseball is everything. 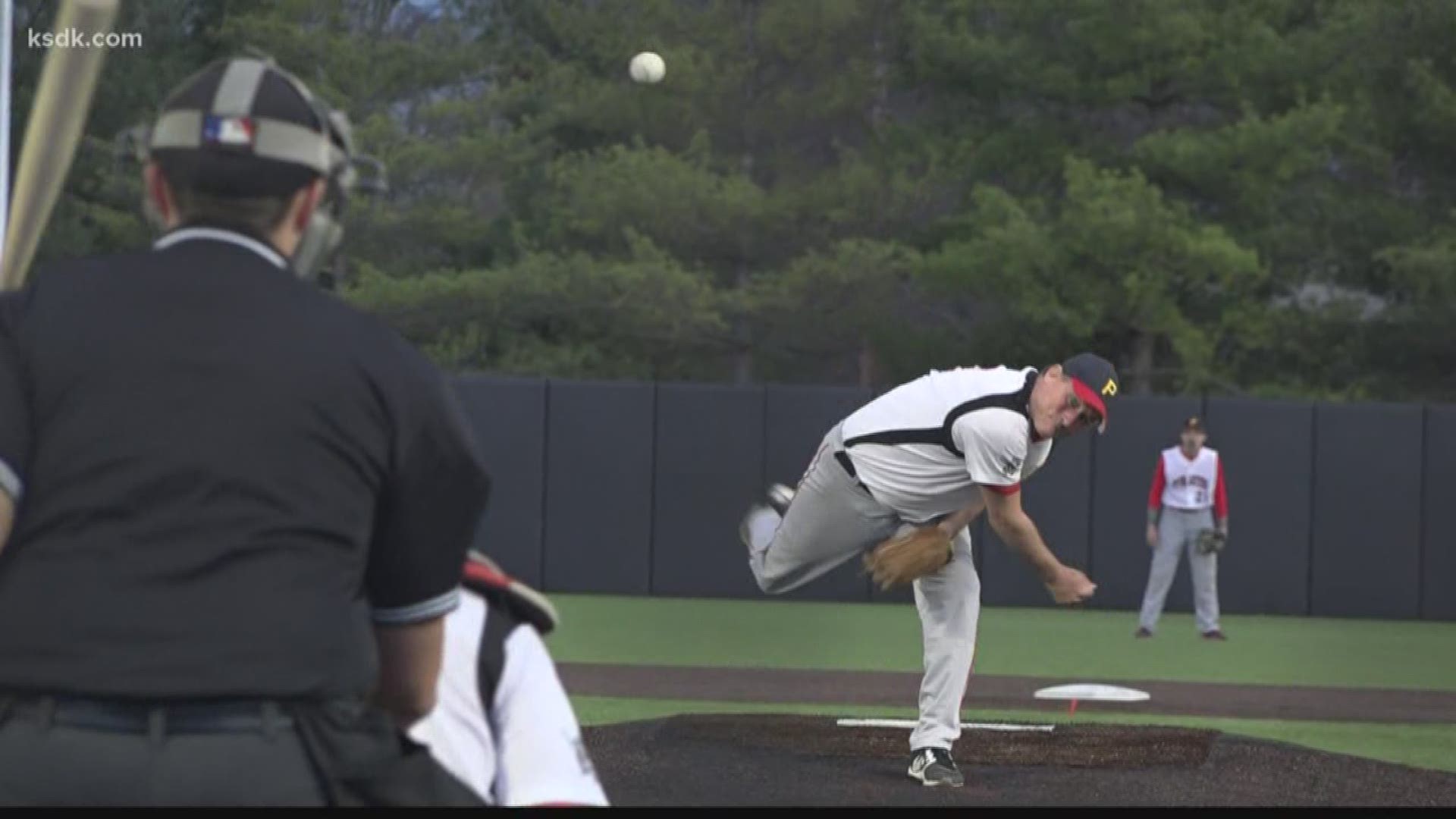 ST. LOUIS — Some of us are told we can't play baseball after finishing high school. Others are lucky enough to play college ball, or, for the elite, professional baseball. But no matter who you are or who you play for, it seems all of us are told to hang up the cleats at some point.

Unless you play for the St. Louis Baseball Forever League.

In fact, many players in the league go under the knife in order to stay in the field well into their 60s or 70s. Just ask Mike Harris.

“I’ve been bone-on-bone for 25 years and enduring a lot of pain in order to pursue my passion of baseball," said the 61-year-old. "And I got to the point where I could hardly walk.”

It was in 2014 when the pain became so severe that Harris decided to have a double knee replacement.

He was back on the diamond 12 weeks later.

“He probably gained almost an inch. Because his legs were kind of bowed," said Annette Harris, Mike's wife.

Harris is an attorney by day but a pitcher for the Pirates' 60-and-over team by night. He's been part of the St. Louis Baseball Forever League for the last 15 years, playing dozens of games each year in the St. Louis area, spring through fall.

“At 60 years old, last year I played 60 games and pitched 180 innings," Harris said. "Miles Mikolas is the only pitcher in town who threw more innings than me last summer."

But what's even more amazing is that Harris says he's not the only player in the league that has gone under the knife to stay on the diamond. In fact, he said there are several players who have had knee replacements from the same surgeon — Dr. Paul Lux of the Washington School of Medicine and Barnes Jewish Hospital.

Lux says he's not surprised his senior athletes bounce back so impressively following surgery, because the results come in the rehab.

“Therapy is ninety-five percent of the results in a knee replacement," Lux said. "If they’re willing to do it, the results can be remarkable. And people do amazing things.”

One senior athlete has even been playing with a chemo pump attached his back, according to Pirates players. The story is just another example of the drive and determination of the area's senior athletes to stay on the baseball diamond.

“Once we get inside the lines, ya know, we’re all the same and we all share a passion for adult baseball," Harris said.

“When I get out there on the mound I forget about all my troubles and all my problems. It’s a good release for us."

Harris plans to keep playing as long as his health allows, even noting, with a laugh, that "there's a 75-and-over league" he's looking forward to qualifying for some day.

Teams start for those 45-years-old and greater.