5 On Your Side's sports director Frank Cusumano was inducted into the Missouri Sports Hall of Fame on Wednesday. 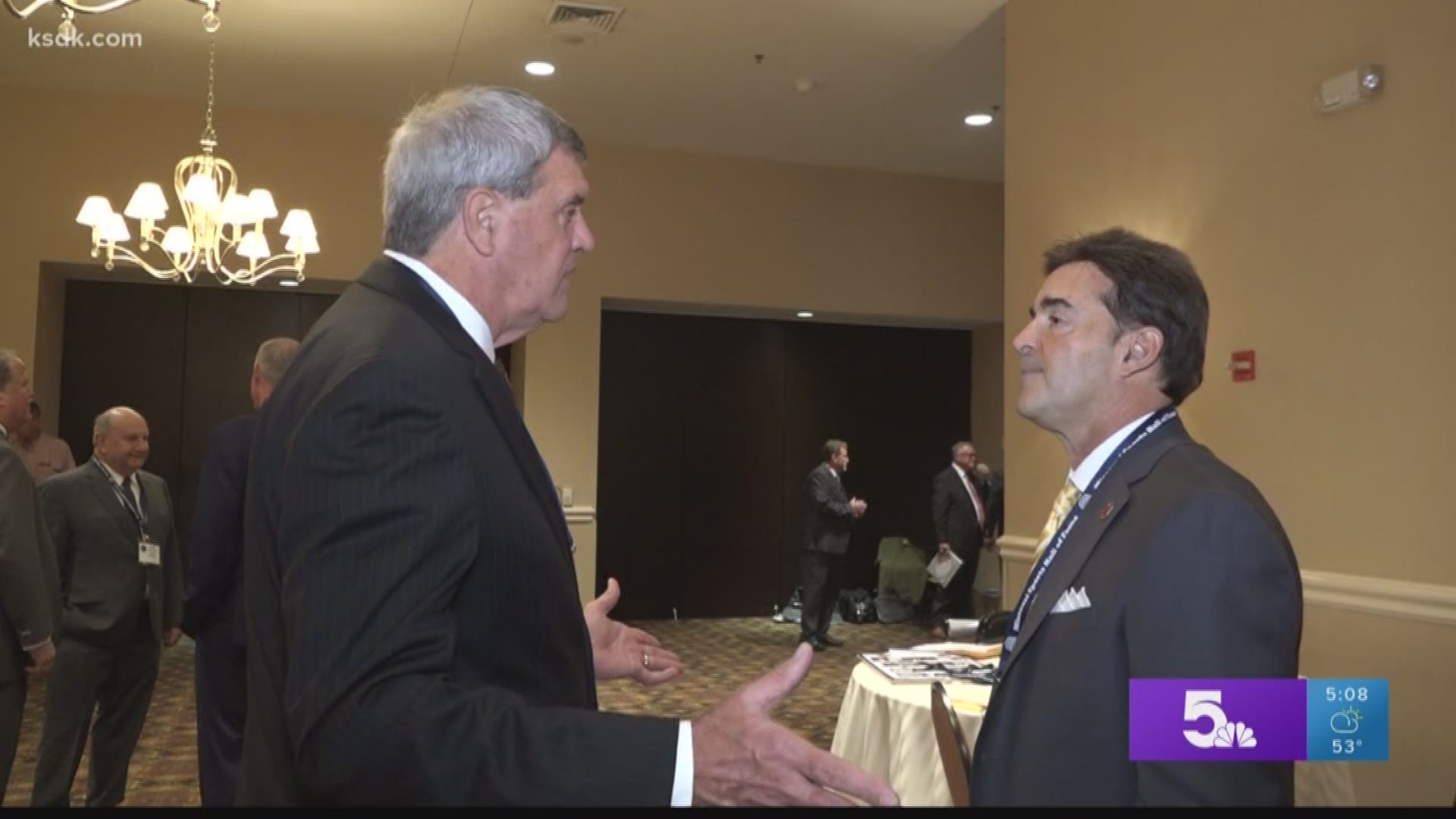 5 On Your Side’s sports director Frank Cusumano was selected for the Missouri Sports Hall of Fame back in October, and was inducted on Sunday.

Missouri Sports Hall of Fame inducted 16 individuals, along with two high school coaches and their programs at its Enshrinement in St. Louis press conference presented by Great Southern Bank at Chase Park Plaza.

Cusumano has worked at 5 On Your Side since 1993 and has won 17 Emmys, including best sports anchor for his storytelling and sports coverage. He also has an Edward R. Murrow Award.

"Cusumano is among the top veteran sports journalists in St. Louis – quite a distinction in a city that has produced some of sports’ most competitive and successful reporters in print, TV and radio. He has worked at KSDK TV (5 On Your Side TV) since 1993 and has won 17 Emmys, including Best Sports Anchor for his storytelling and sports coverage. He also has an Edward R. Murrow Award, which began in 1971 and honors those whose work embodies that of the great TV news icon. In essence, Cusumano has covered it all – the entire Tony La Russa era of the St. Louis Cardinals, the Redbirds’ 2006 and 2011 World Series championships, the St. Louis Rams’ two Super Bowls as well as the National Hockey League’s St. Louis Blues and numerous NCAA Division I basketball tournaments, including Final Fours. He is a voter for the Heisman Trophy and the St. Louis Cardinals Hall of Fame. In April 2017, Cusumano received the Jack Buck Award from the St. Louis Amateur Baseball Hall of Fame. He also has hosted the Pressbox radio program on KFNS for 25 years. Cusumano is a graduate of De Smet Jesuit High School, where he was the captain and earned All-District on the basketball team, before playing for the University of Missouri-St. Louis."

The Enshrinement ceremony will be held on Sunday, Nov. 4. Events begin with a noon reception, followed by the 1 p.m. banquet.

Irv Goode, a lineman for 10 seasons with the St. Louis Football Cardinals

The Incarnate Word Academy Basketball Program and the Christian Brothers College High School Soccer Program also will be inducted. Additionally, longtime Mercy executive Donn Sorensen will be honored with the President’s Award, given to an individual who champions sports and the Missouri Sports Hall of Fame across the state.