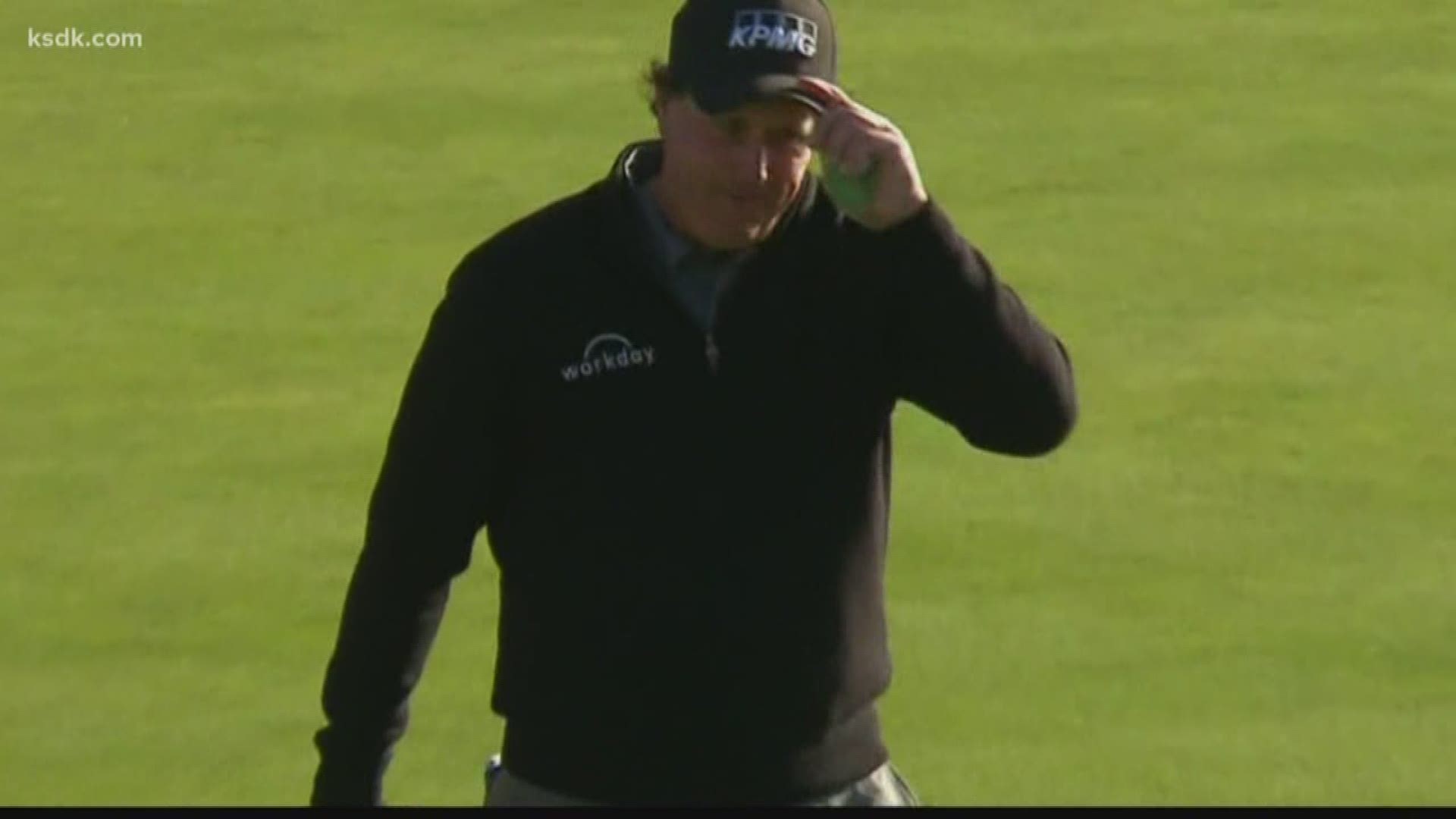 ST. LOUIS — From Natural Bridge to Pebble Beach, it's the ball of champions

“I am thinking 'He would never be there without my ball,'” said 86-year-old Ray Barrett with a laugh.

Barrett is a passionate golf observer who had issues with his own game. He’s also a visionary who helped in founding Biomedical Systems in 1975. The company sold two years ago for $185 million.

Despite being a visionary, Barrett’s vision gave him trouble on the course, so he set out to design a ball he could see with three lines on it

To make sure it was just right, he enlisted the help of Dr. Carl Bassi. Bassi is the director of research in the college of optometry.

“My first thought was, ‘This sounds interesting and I would like to learn more about it,’” Bassi said.

Three lines were put on the ball with a laser to ensure proper alignment. The result is something called vernier acuity.

The idea was finally a reality. The next step was to find a way into stores. For that, they needed a contact at Callaway. Enter one of our town's greatest golfers, Jim Holtgrieve.

Holtgrieve got them in the door, and Callaway loved it. In fact, they were at UMSL Tuesday shooting video of the doctor in class.

And that Triple Track ball, which is now sold in stores, was used by Phil Mickelson in his win at Pebble Beach.